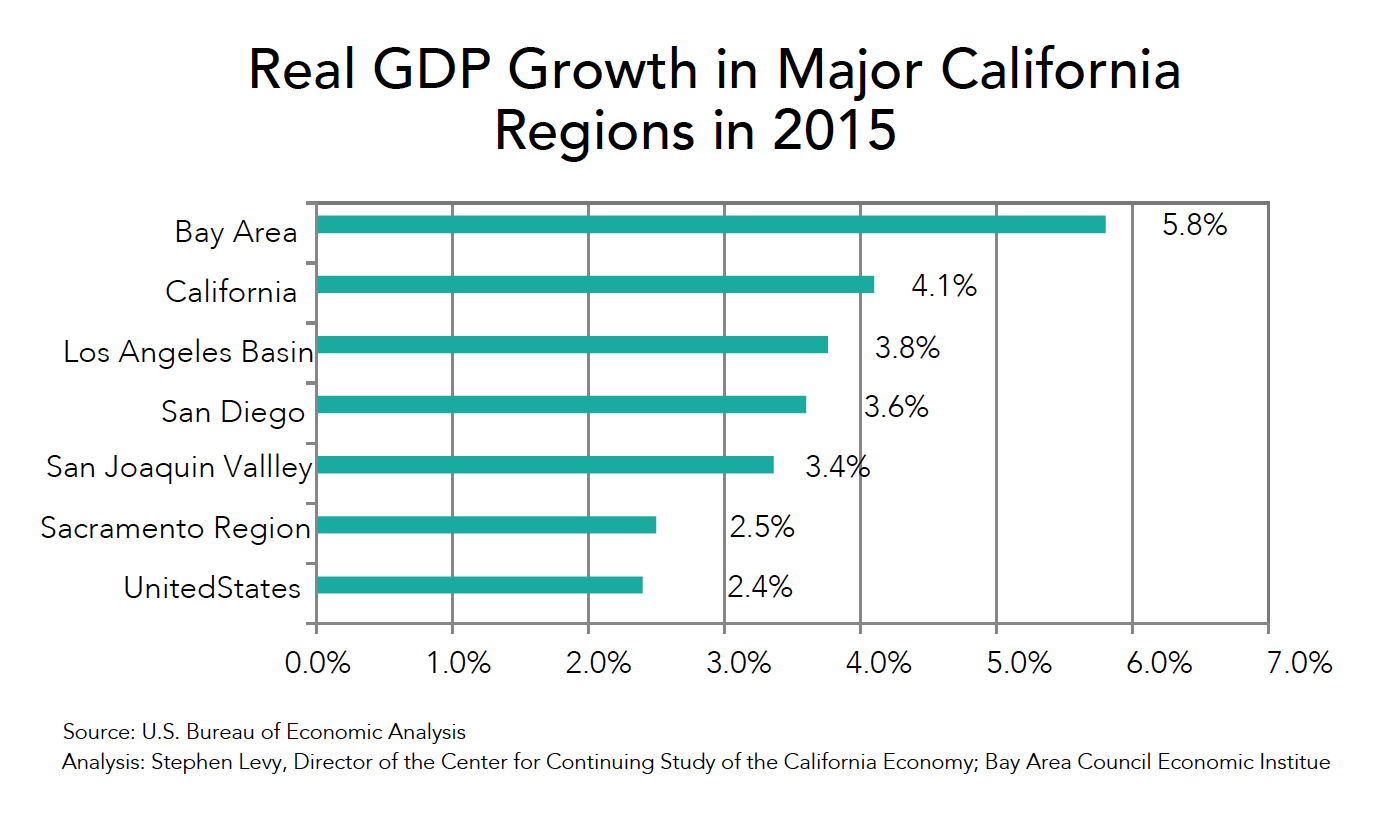 This month, the U.S. Bureau of Economic Analysis released 2015 GDP estimates for metropolitan areas in the nation. An analysis by Stephen Levy from the Center for Continuing Study of the California Economy found that all major regions in California came ahead of the nation in real GPD growth, but the Bay Area lead both the state and the nation with a real GDP gain of 5.8% (inflation adjusted). The Bay Area’s $721 billion dollar economy would land it 6th among the top ten states measured by the value of goods and services produced in each state. Globally, the Bay Area would rank 16th just behind Mexico and ahead of Indonesia.

The San Jose-Sunnyvale-Santa Clara and San Francisco-Oakland metropolitan areas led all metro areas in California in real GDP growth in 2015 with an increase of 8.9% and 4.1%, respectively. Part of San Jose-Sunnyvale-Santa Clara metro area’s economic success is attributed to its continuous growth in the technology sector, which ultimately made it the 2nd fastest growing metropolitan region in the nation between 2014 and 2015.

Overall, Califonia continues leading the nation with $2,459 billion dollars in real GDP in 2015 as all regions in the state outpaced the nation.