As San Francisco grapples with its housing affordability crisis, short-term rentals—like those facilitated by homesharing sites Airbnb, FlipKey, and HomeAway—have come under heavy scrutiny from housing advocates and policymakers.

Short-term rentals, or the concept of homesharing, have been subject to numerous attempts at regulation. They were first regulated in San Francisco in 2015 when the Board of Supervisors passed a law limiting homesharing to 90 days per year when the host is not present. This existing law has no cap on the number of days a private or shared room in a larger unit (where the host is present) can be rented.

In mid-October, San Francisco Board of Supervisors President London Breed introduced stricter legislation that would impose a 60-day cap on the total number of days a housing unit can be rented out as a short-term rental. The 60-day cap would apply to all types of rentals, regardless of whether the host is present or not.

As a follow-on to our recent report, Solving the Housing Affordability Crisis, the Limits on Homesharing white paper analyzes the effects of the proposed 60-day cap on San Francisco’s supply of housing and on the income generated by its residents through homesharing.

We estimate that a 60-day cap will have no impact on housing supply when compared to the current policy. Market conditions in the majority of San Francisco neighborhoods require a two-bedroom unit to be rented in the short-term market for over 150 days per year to make homesharing a viable option over a traditional long-term lease. Because the current 90-day cap falls well below this threshold, hosts of entire homes that still choose to place units on the short-term rental market must be subject to other constraints that would not be impacted by a new cap. These constraints might include a need to keep the unit available for personal use or an unwillingness to take on the burden of compliance with city rental regulations. 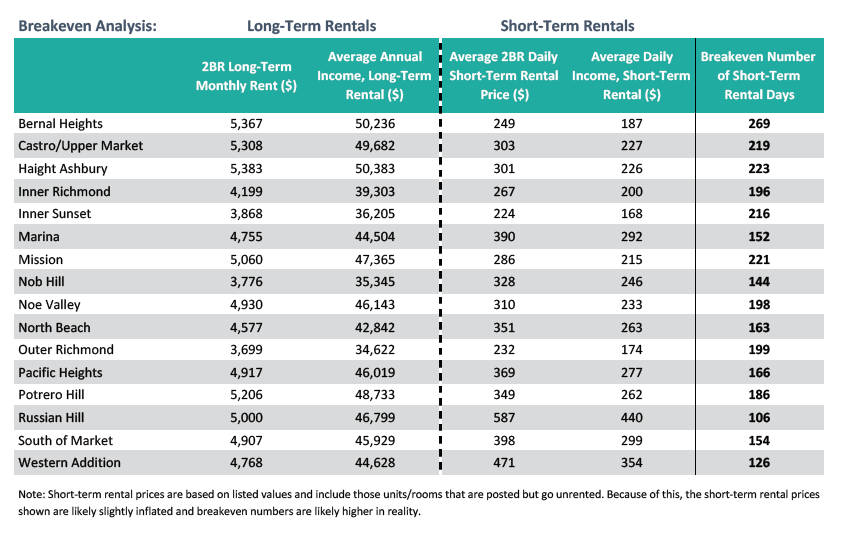 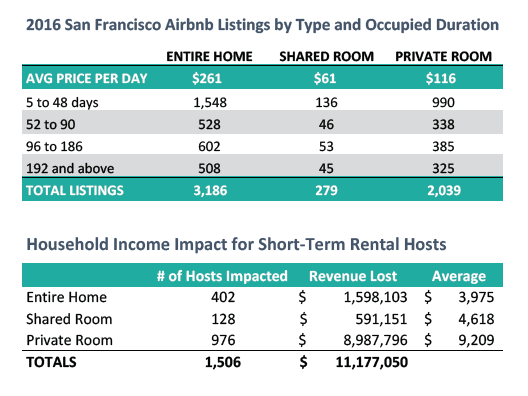