Trade, Technology, and Innovation Ties Between the Bay Area and Canada

No two economies are more closely connected than those of Canada and the United States—with unprecedented flows of trade, investment, water, power, people, and technology.

This report was developed and written by Sean Randolph, Senior Cirector at the Bay Area Council Economic Institute, and Niels Erich, a consultant to the Institute. The Institute wishes to thank the reports sponsors—Global Affairs Canada, Air Canada, and Silicon Valley Bank—and also gratefully acknowledges the advice, information, and insight provided by the many people who made their time available for interviews. 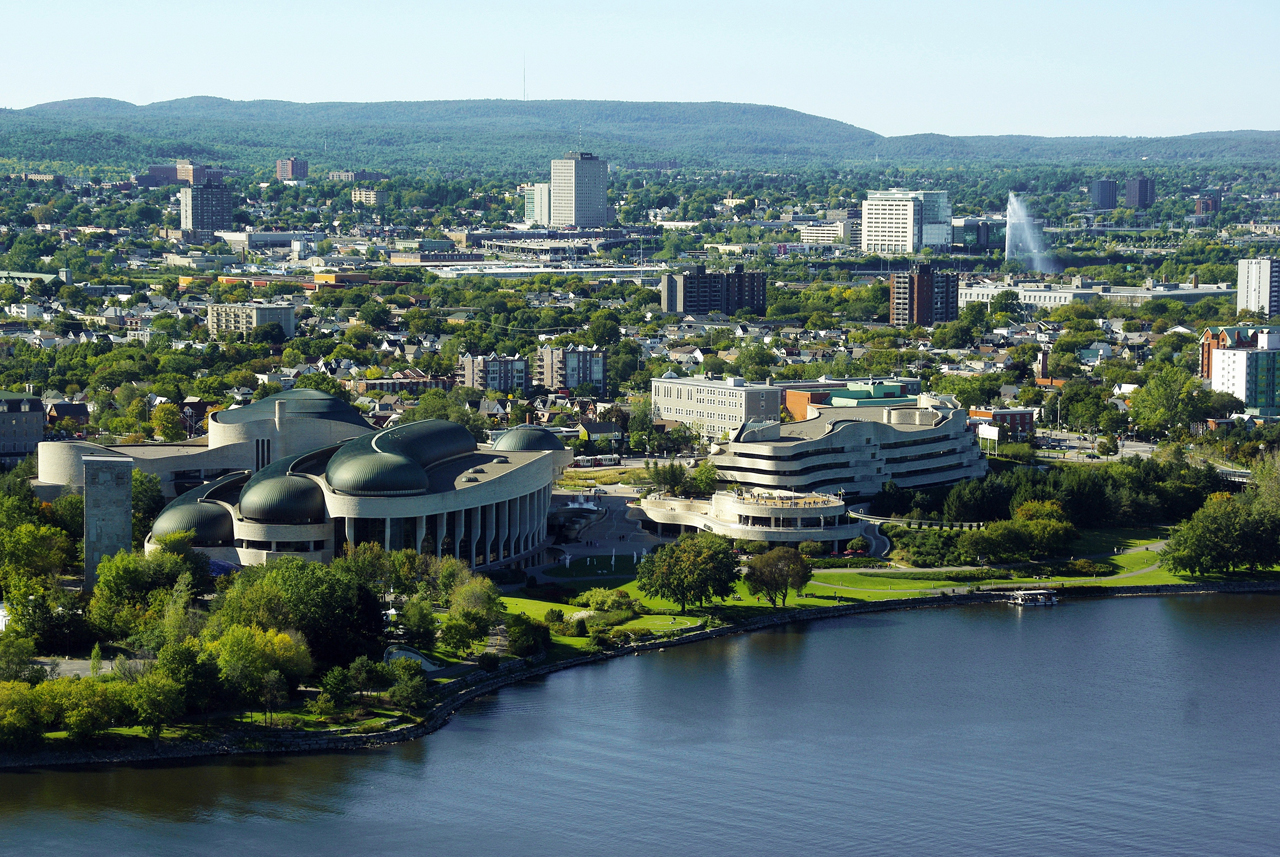 Canada, like other developed economies, has experienced slow, steady post-2008 recession growth. After 3% real GDP growth in 2017 and a 2% growth rate in the third quarter of 2018, the Royal Bank of Canada expects the GDP growth rate for 2019 to be 1.7%. Real estate and construction together form the largest component of GDP (20%), the other leading contributors being energy (11%), manufacturing (10%), financial services (7%), and mining (3.6%). Manufacturing is growing, but the economy has seen volatility from fluctuating oil and other commodity prices. Uncertainties surrounding trade with the United States, and a concern with over-reliance on its traditional strength in natural resources, is prompting a heightened focus on competitiveness and innovation. This has become one of the strongest points of connection between the Bay Area and Canada. 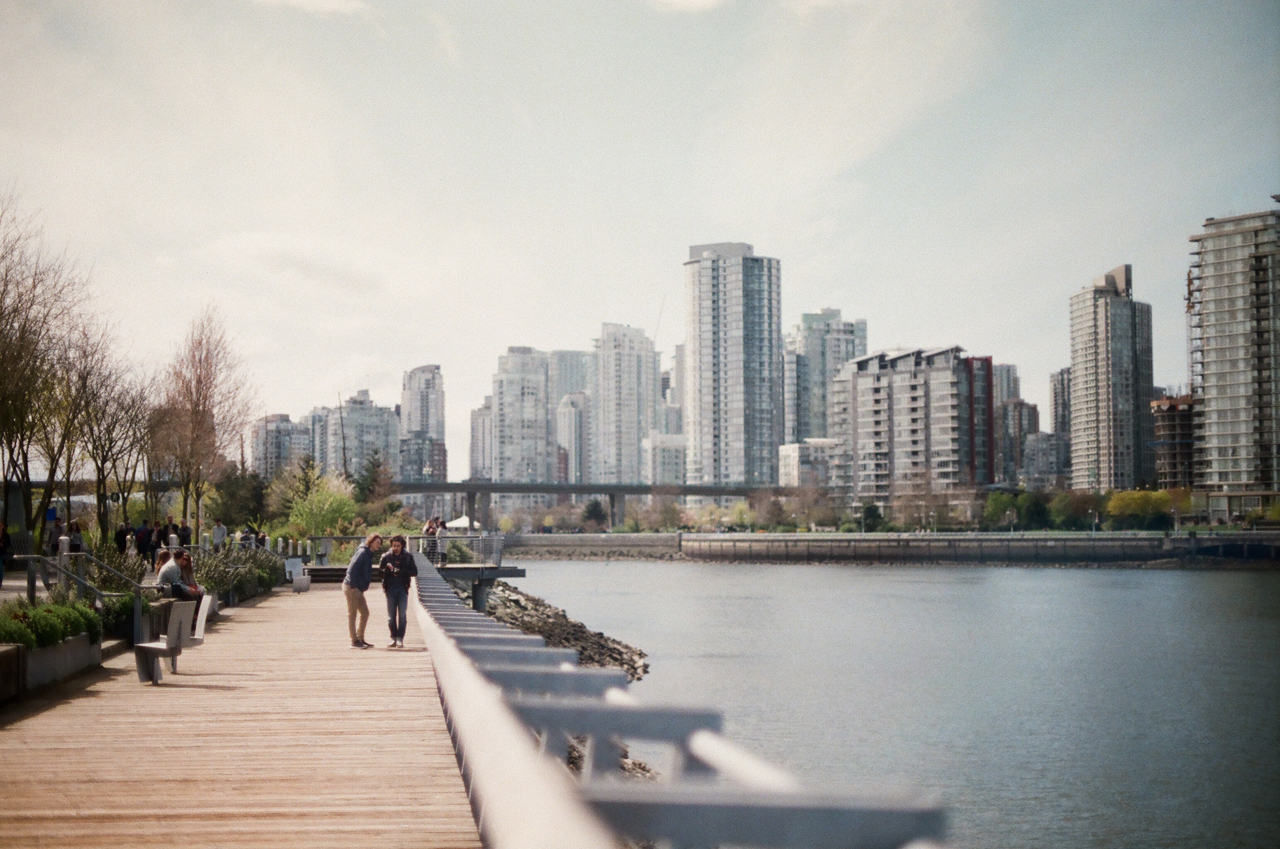 Canada has consistently been the largest global market for US goods exports. While the US runs a small goods trade deficit with Canada, it runs a net surplus due to high-value services and technology exports. A large share of US-Canada trade is complementary, in part due to bilateral trade agreements spanning three decades. Supply chains between the countries, particularly in the automotive sector, are deeply interwoven.

Two-way US-Canada goods and services trade in 2017 totaled US$673 billion; goods accounted for nearly $582 billion and services made up more than $91 billion.

Canada is the second largest global trading partner for California, behind Mexico and just ahead of China.

On the whole, California has been little affected by recent tariff frictions and the renegotiation of NAFTA; California wineries won concessions on retail display; California lumber producers have benefitted from tariffs, but higher lumber import prices could add to California’s already high construction costs. Uncertainties continue over the ratification and implementation of the US-Mexico-Canada Agreement (USMCA), which is intended to replace NAFTA and modifies but does not fundamentally change its key provisions. The Trans-Pacific Partnership (TPP) trade agreement, to which both the US and Canada were parties, has been replaced by the Comprehensive and Progressive Agreement for Trans-Pacific Partnership (CPTPP), which the government of Canada has championed. The US withdrawal from TPP in 2017 and its absence from CPTPP—an agreement among the 11 remaining parties to reduce trade and investment barriers and address issues such as intellectual property and cross-border data flows—will make California and US exports less competitive with Canadian exports in a range of Asian markets, including Japan. 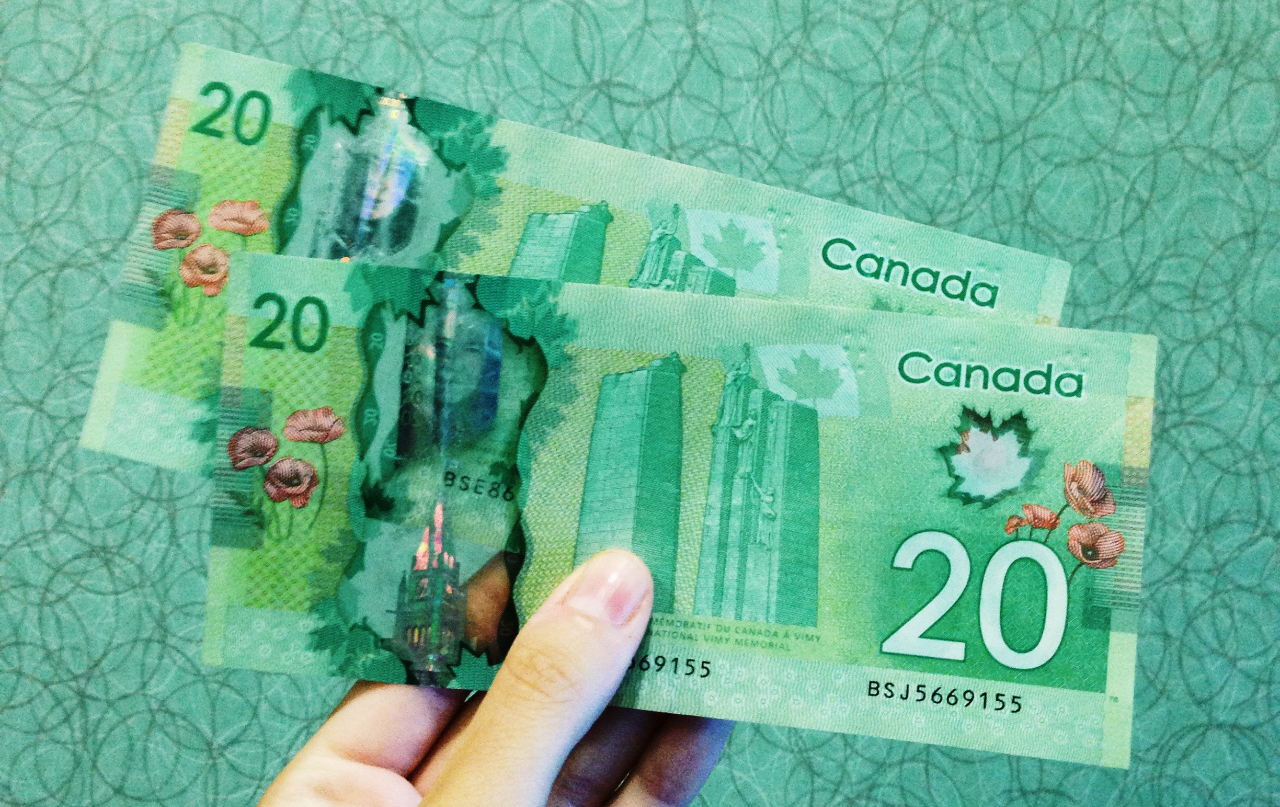 Two-way US-Canada foreign direct investment (FDI) is roughly balanced; the US accounted for more than half of the stock of FDI into Canada, while Canada was the second largest source of the stock of FDI into the US in 2017. The flow of FDI into Canada saw a net decline in 2017, in part due to a slump in the energy sector, but rebounded in 2018 with new manufacturing, tech, logistics and financial services investment. Southern California’s large population and manufacturing base have attracted a larger share of Canadian manufacturing, aerospace, and retail investment; the Bay Area has drawn more technology, biotech, renewable energy and finance investment.

With the loss in the 2000s of technology industry leaders, such as RIM (Blackberry) and Nortel Networks, and an overreliance on natural resources, Canada today is increasingly driving toward an economy that is innovation led. Its efforts to diversify, attract global talent, and move up the skills and employment value chain are yielding impressive results in secondary and post-secondary education, research, and technology fields such as AI.

The US was by far the largest investor in Canada, accounting for 49% of the stock of Canadian foreign direct investment from the world in 2017.

Canada’s FDI flow rebounded in the first half of 2018, reaching nearly C$27 billion, or more than double the C$11 billion inward investment flow in 2017 and slightly above the 10-year average. 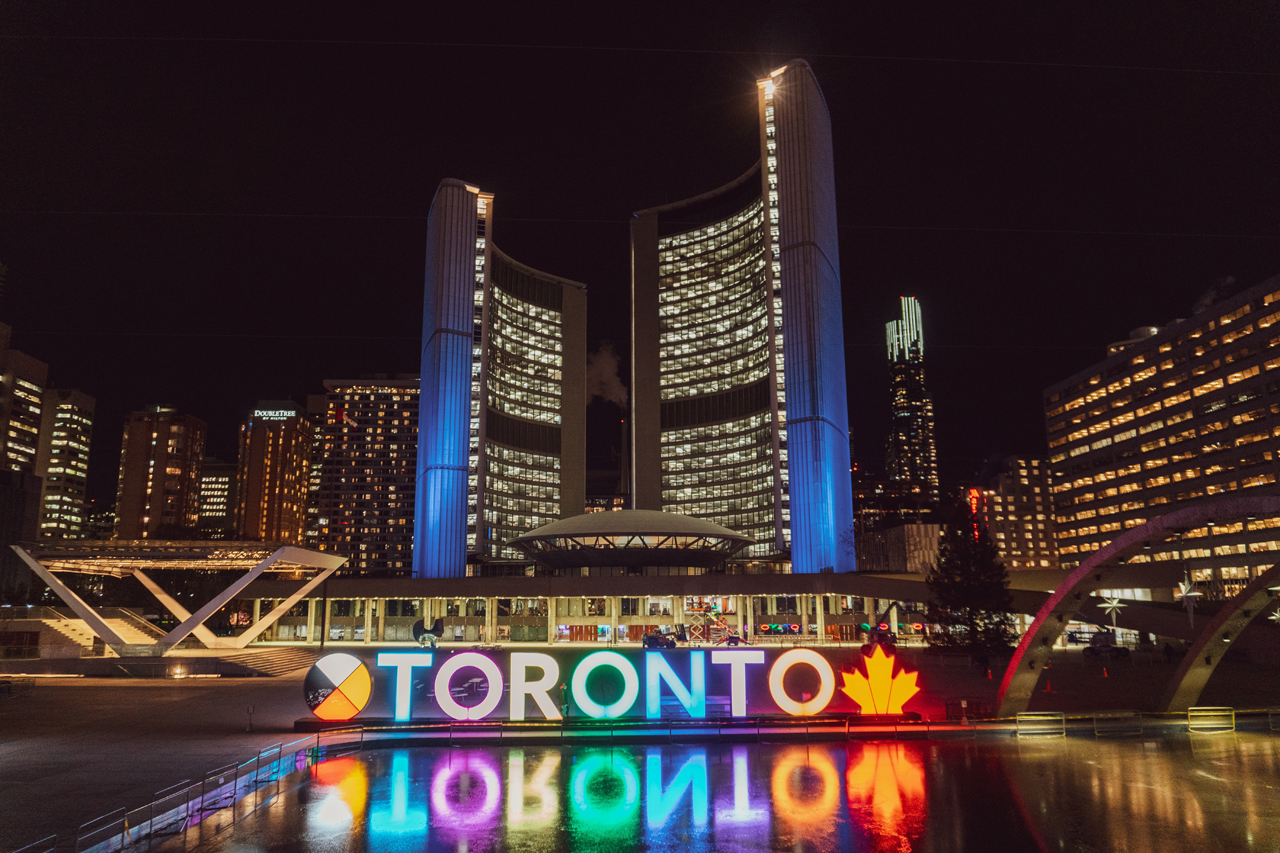 Canada’s large presence in the Bay Area provides a counterpoint to these developments inside Canada. Canadians occupy leading executive positions in a wide range of Bay Area companies, particularly in tech. Canada, alongside Israel, is also the leading source of immigrant founders of billion-dollar companies in the US; of nine such companies, six are in the Bay Area. C100, a leadership group of senior Canadian executives, provides a support network for Canadian entrepreneurs in the Bay Area. Leading Canadian financial institutions such as Royal Bank of Canada are active in Silicon Valley, mirroring investment in Canada by large Bay Area companies such as Wells Fargo Bank and Silicon Valley Bank, which has a strong focus on startups and lending in the tech and life sciences space. Most of the Bay Area’s leading venture capital firms are active in Canada, particularly in Toronto. 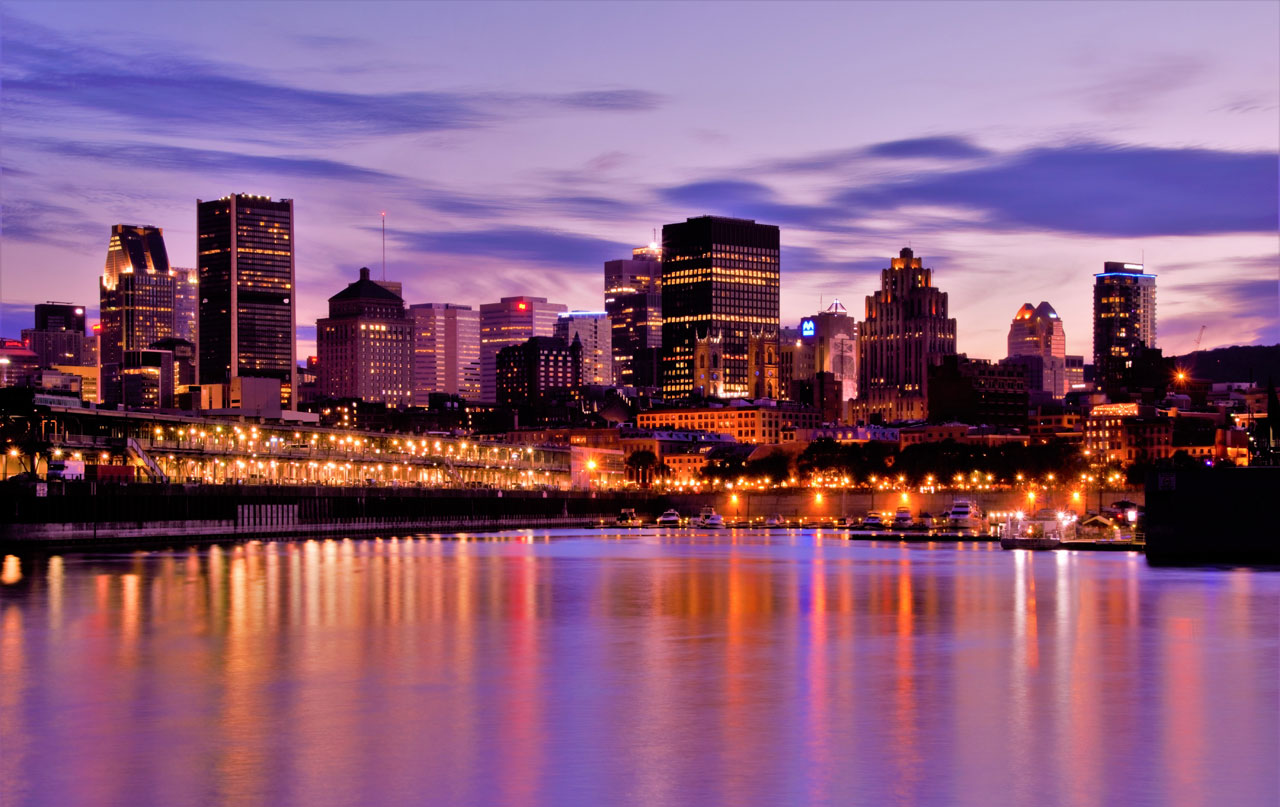 Despite Canada’s earlier fears of a tech “brain drain,” Canada and key US tech corridors—especially Silicon Valley—have maintained a healthy back-and-forth ebb and flow of talent. Silicon Valley continues to draw Canadian talent due to the size of the US market, the availability of venture funding at scale, the global platform it presents, opportunities to engage with customers and partners, and the depth of technology available there. As Canada’s tech sector advances, some Silicon Valley entrepreneurs are also moving northward, drawn by lower living costs, access to funding alternatives, and world-class tech clusters in AI, gaming, cleantech, and healthcare. These flows of capital, research and talent provide distinct synergies between the Bay Area and Canada and a strong foundation for further growth. Canadian and California interests further align around issues such as climate change, where the Province of Quebec participates in the Western Climate Initiative, which links the two jurisdictions’ cap-and-trade systems and carbon markets.