The amount of industrially zoned lands in the Bay Area is a relatively small share of acreage in the overall region, but the industrial uses of these lands are highly valuable to the region’s economy. Industrial uses generate middle-wage jobs which are an important contribution to job quality in the region. Patterns of employment both in the present and projected to 2040 indicate that middle-wage jobs are almost twice as concentrated on industrial lands as in the region generally. The activities and economic linkages of businesses clustered on industrial lands provide significant regional economic benefits, particularly in terms the dominant uses for warehousing and R&D.

The region must carefully steward its lands zoned for industrial usages, both because they are in demand and because industrial uses have natural limits on the extent to which they can be made more productive through increased density. There is very little vacant industrially zoned acreage in the urban core where overall demand for warehouse and manufacturing space is increasing due to the rises in new modes of production, e-commerce, and just-in-time delivery. These uses in particular require relatively low densities, needed in part to accommodate parking, loading, and other surface uses, many in connection with warehousing.

Fostering a robust, resilient, and diverse Bay Area economy requires thinking about industrial land use at a regional scale, and considerations should be balanced in terms of economic, transportation, equity, and environmental site characteristics. Maintenance and retention of industrial zoning should be top priority on parcels that meet one or more of the following key criteria: 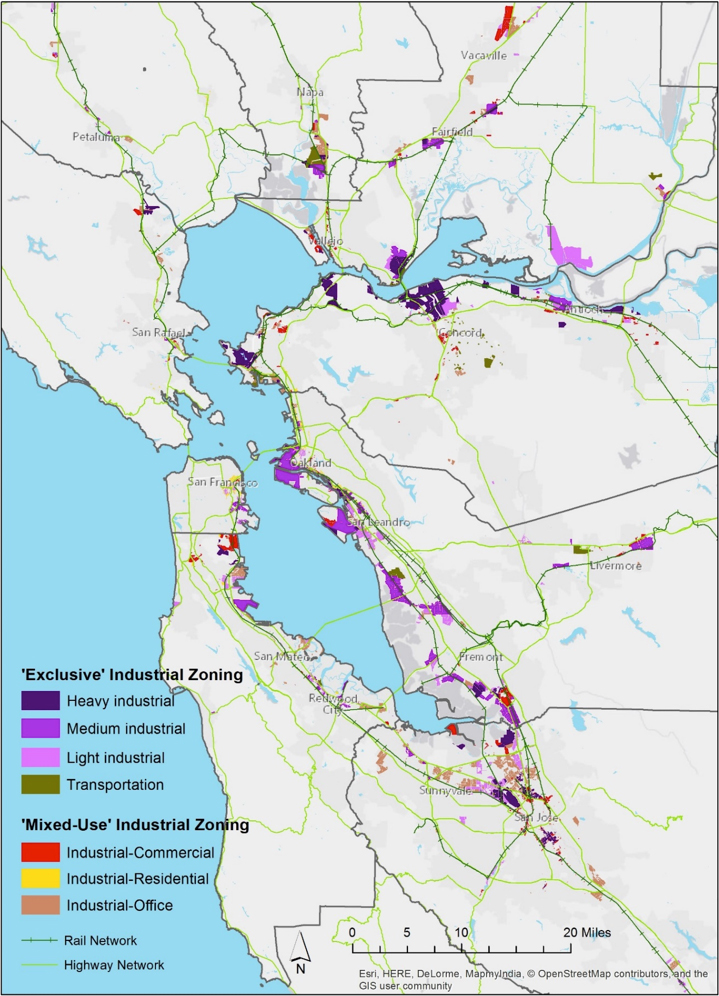