Californians on the Move 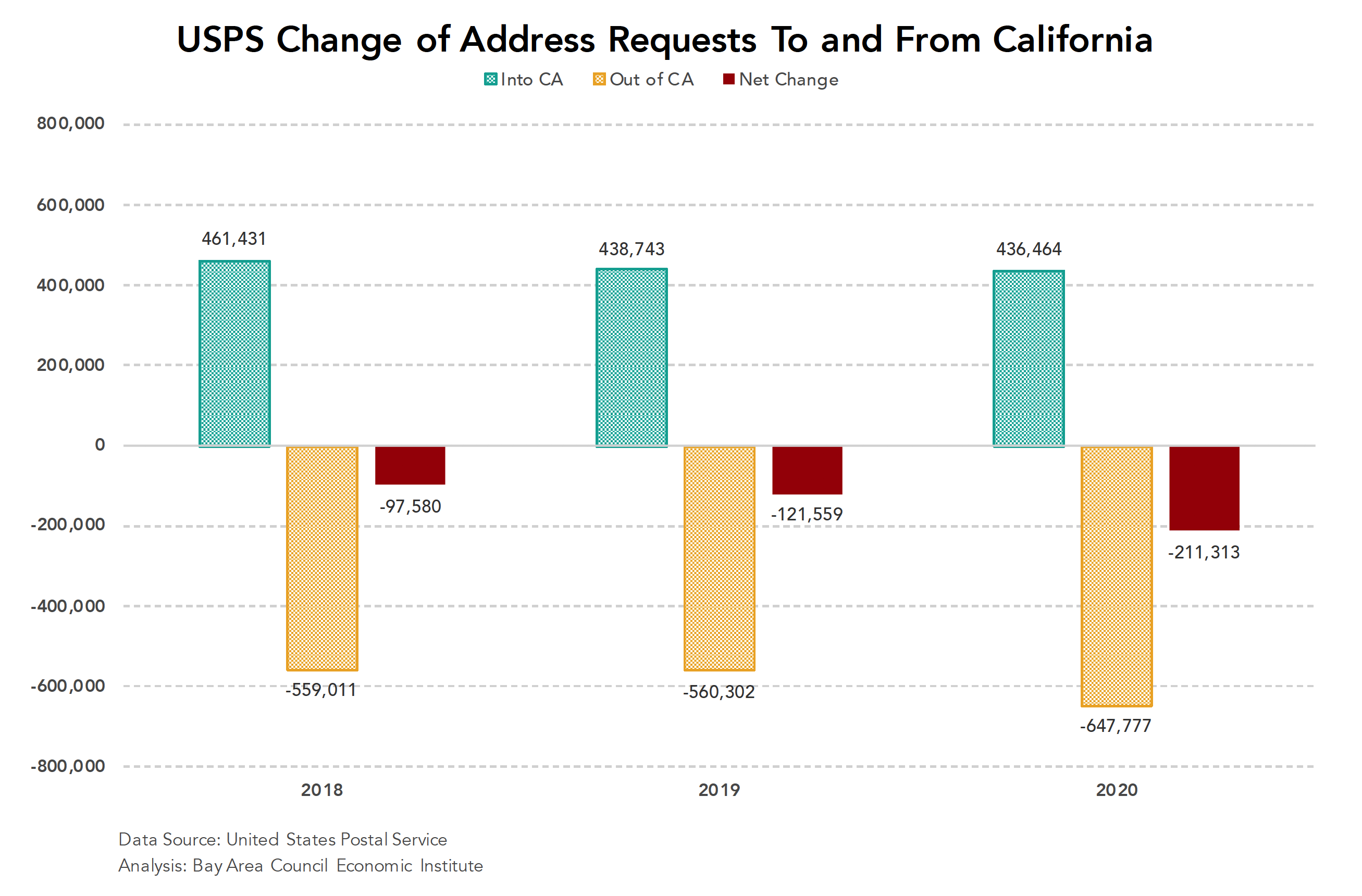 New data analyzed by the Bay Area Council Economic Institute paints a clearer picture of the migration situation across California during 2020. Data provided by the United States Postal Service (USPS), which tracks change of address requests, shows California has experienced a significant uptick in the number of residents relocating out of the state during 2020. In 2020, the USPS data shows nearly 650,000 moves out of the state—a sharp rise of over 15% when compared to previous years. That out-migration has not been offset by a corresponding rise of in-migration. Taken together, 2020 produced a net negative of 211,000 change of address requests from California, more than double the net figure from 2018. These data points track all moves into and out of the state. Previously reported figures based on zip code suppress data when zip code-to-zip code movements are less than 10, which can have the effect of understating overall migration. 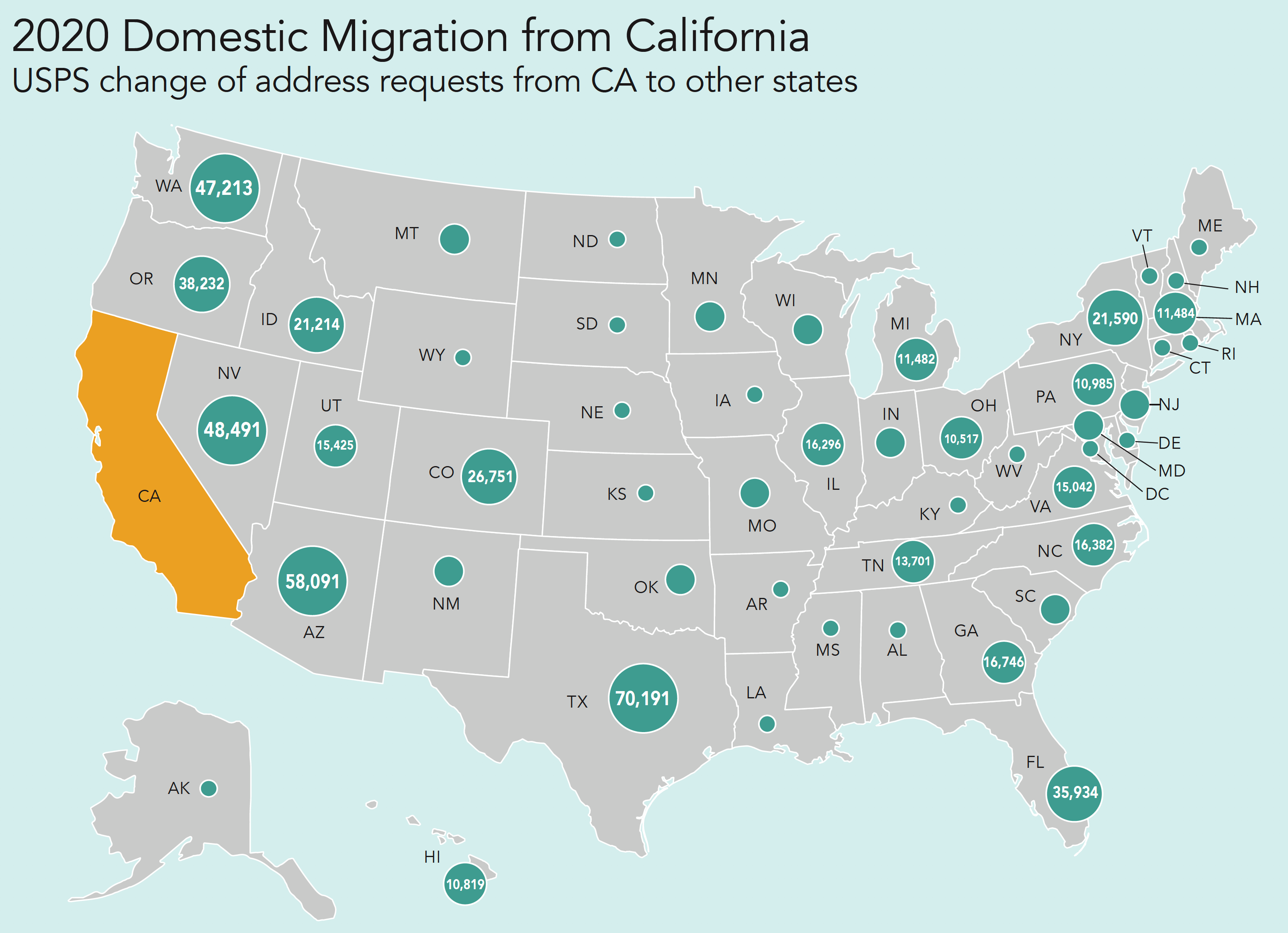 The top 10 states for California departures in 2020, according to USPS change of address requests, were: