The Bay Area is a spectacularly beautiful place to live. It is also home to one of the most productive economies in the world. If not properly managed, these two assets can come into conflict. However, preserving the Bay Area’s open space and at the same time increasing housing production do not have to be mutually exclusive goals. 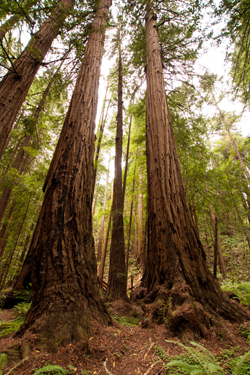 The Bay Area’s sustained economic growth has exacerbated long-developing housing and transportation crises. These have been reinforced by the region’s inability—and in many cases unwillingness—to build housing, especially near major transit and job centers. In turn, the Bay Area’s open space and working lands are put at increased risk as resistance to urban infill projects shifts development to suburban and rural greenfields.
Bay Area decision-makers now face a critical challenge: to support continued inclusive economic growth while still maintaining a balance of open space that makes the Bay Area such a unique and beautiful region. This report provides a roadmap for those seeking to balance these goals. It makes the economic case for preserving open lands, identifies opportunities for responsible development, and presents policy recommendations that will support sustainable growth.

The Bay Area’s natural capital provides billions in benefits to citizens and the economy every year, yet significant portions of the Bay Area’s greenbelt remain at risk. Natural landscapes provide immense value via goods and ecosystem services such as clean air and water, food, natural resources, and mitigation from natural hazards and rising seas. Research suggests that the value of the annual flow of ecosystem services benefits provided by this “natural capital” in the Bay Area may be as high as $5 to $14 billion dollars a year. Better understanding the value of the finite supply of natural capital in the Bay Area can help the region make better-informed land use decisions.

Since 2012, the total amount of open lands at risk in the Bay Area—lands that could be developed in the next 30 years—has dropped, from 322,800 to 293,100 acres. Despite this, significant portions of the Bay Area’s greenbelt remain at risk and pressure remains acute in places, with 63,500 acres of Bay Area land facing a high probability of being developed within the next 10 years.

California loses 6 percent of state GDP, or $140 billion per year, as a result of the housing crisis. Housing shortages in California and the Bay Area are a significant drag on the economy. The McKinsey Global Institute estimates that California loses over $90 billion worth of construction investment and more than $50 billion in consumption that is crowded out by high housing costs.

Facilitating infill development can help alleviate the housing crisis while also promoting sustainable growth patterns, yet the Bay Area is falling behind. If every available infill parcel in California were developed to its fullest potential, the state would gain 4 million additional housing units while simultaneously sparing 350,000 acres of undeveloped greenfield. Yet the Bay Area is falling behind on meeting its obligations for sustainable development under California’s climate change laws.

The Bay Area was successful in locating only 57 percent of permitted housing units within what are called “Priority Development Areas” in the first two years of their implementation. Better balanced development patterns are essential to growing the Bay Area’s economy, achieving California’s climate goals, protecting open space and working lands, and maintaining quality of life.

New policies, tools—and maybe most importantly—new coalitions are needed if the Bay Area is going to make sustainable growth a reality. The Bay Area economy and its population growth are showing no signs of slowing down. At the same time, transportation remains the largest contributor of greenhouse gas emissions in the state and these will be difficult if not impossible to reduce if we keep building housing that is distant from job centers. Preserving open space, reducing sprawl, and housing future generations will require both new policies and tools described in this report’s conclusion, as well as a renewed commitment to working together across interests and groups.