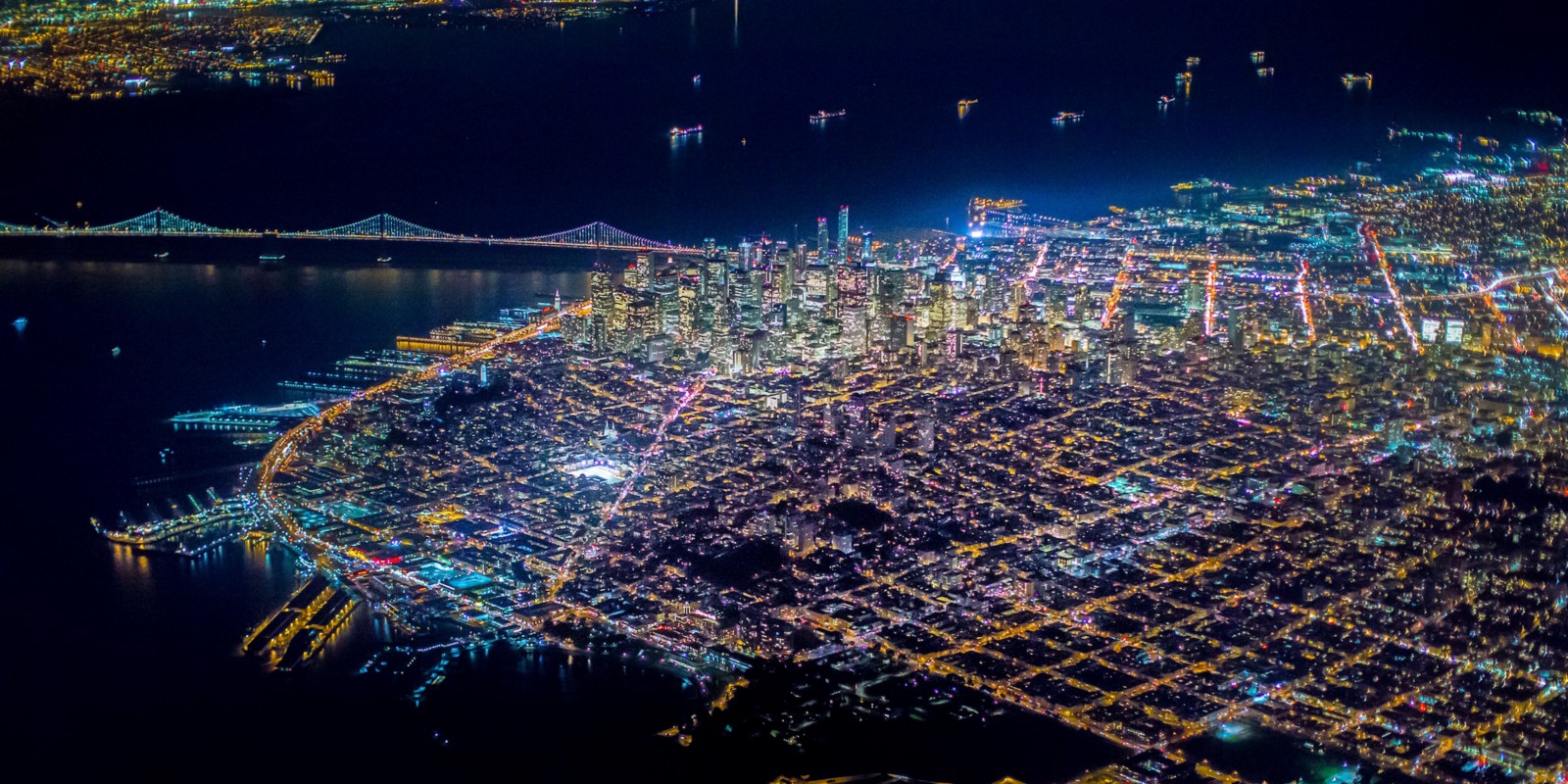 The California Department of Finance released new county population estimates in December 2018 and they show a steady slowdown in the level of regional population growth. The main determinants of the slowdown are declines in the level of births and increasing migration of residents out of the Bay Area. 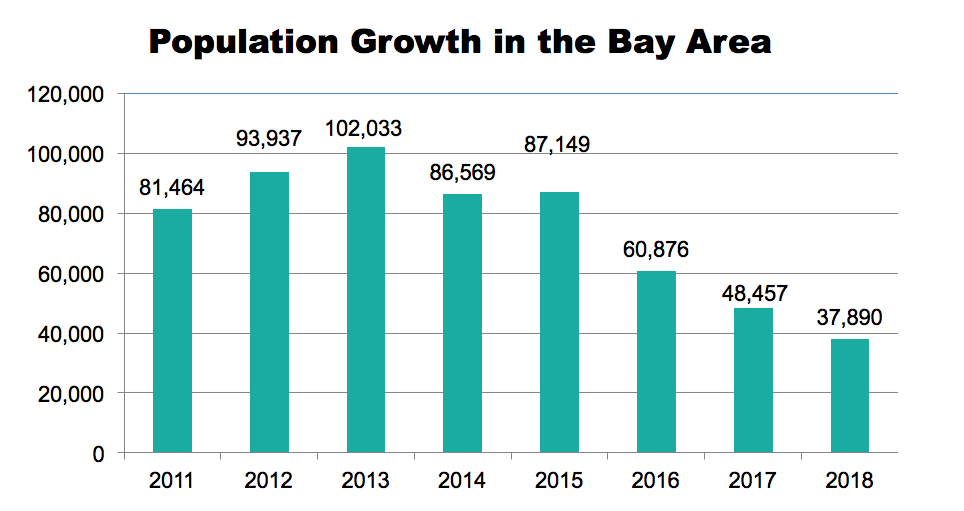 Although foreign immigration levels remained strong, domestic migration turned increasingly negative after being positive earlier in the decade as high housing prices forced some residents to leave the region. 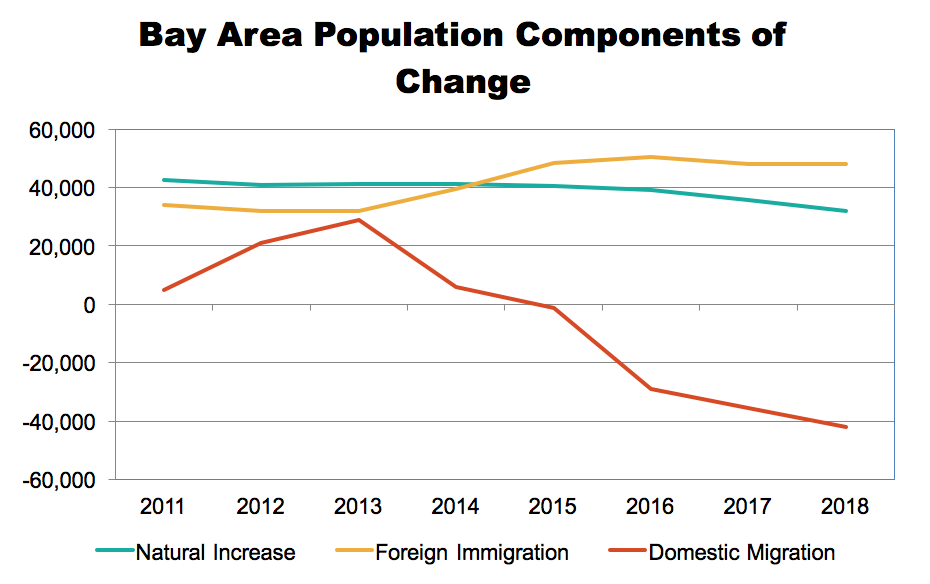 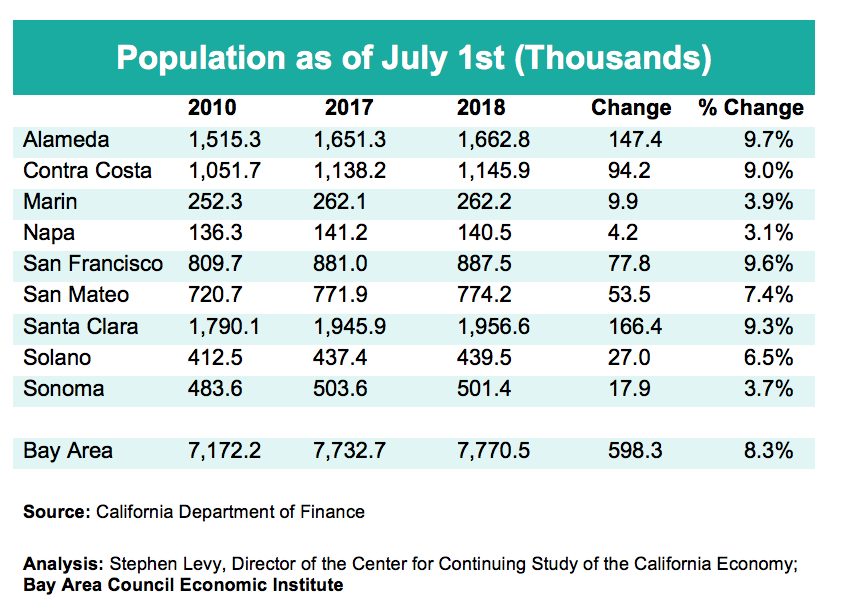 The chart below shows the steadily declining annual population growth in the region’s largest counties. Data is in thousands. 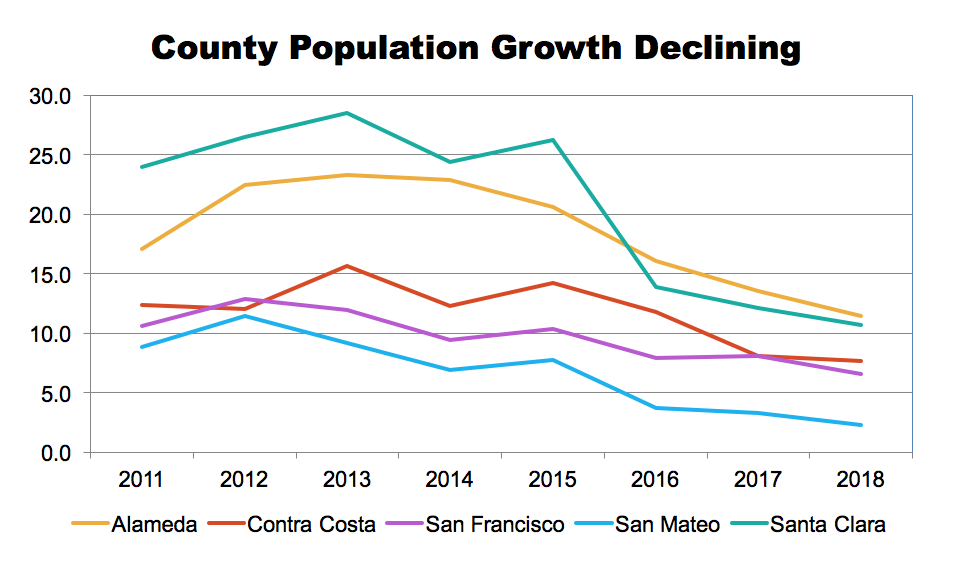 The decline is mostly the result of increasing out migration with the largest outflow from Santa Clara and Alameda counties. Though the trend is clear and understandable it is important to remember that even in 2018 outflows were just far less than 1% of the region’s total populations. 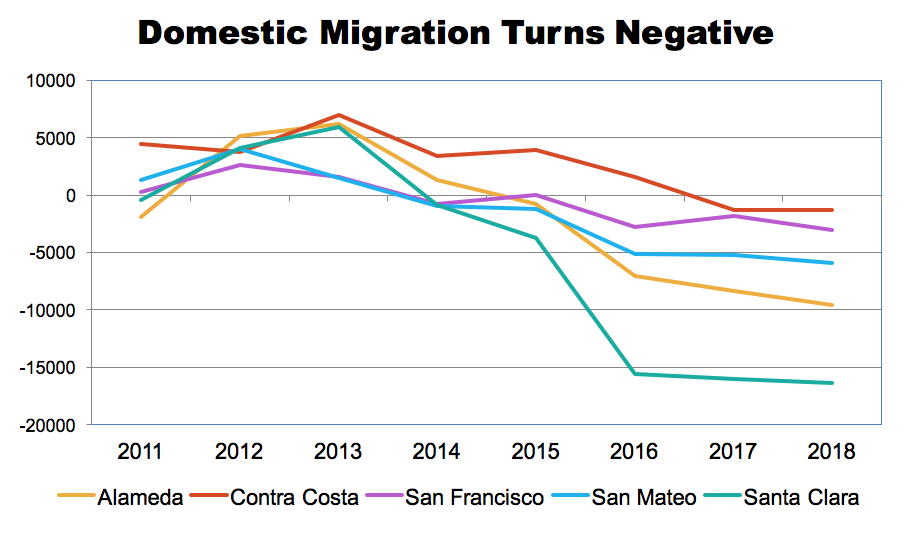 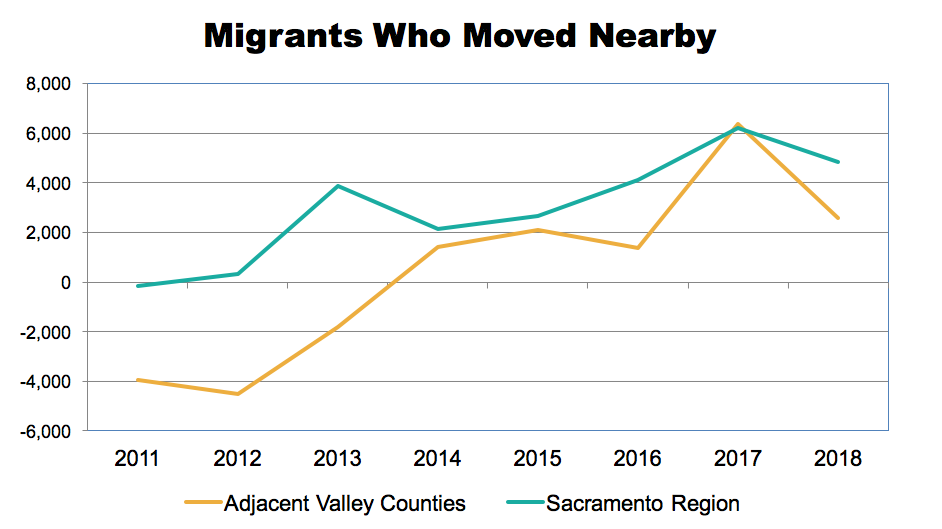 Migration to the Sacramento region and nearby counties in the Central Valley has increased but was only 10,000 in the highest year.

The region has reached the point where future labor force growth will need to come mainly from new residents and new housing. Slower population growth fueled by migration outflows combined with the coming surge in retirements underscore the importance of expanding housing and housing affordability to support planned job growth and maintain economic competitiveness.

For readers who want to follow the recommendations of the Committee to House the Bay Area (CASA), look at the recent meeting packets for December at https://mtc.ca.gov/our-work/plans-projects/casa-committee-house-bay-area/casa-meeting-schedule.