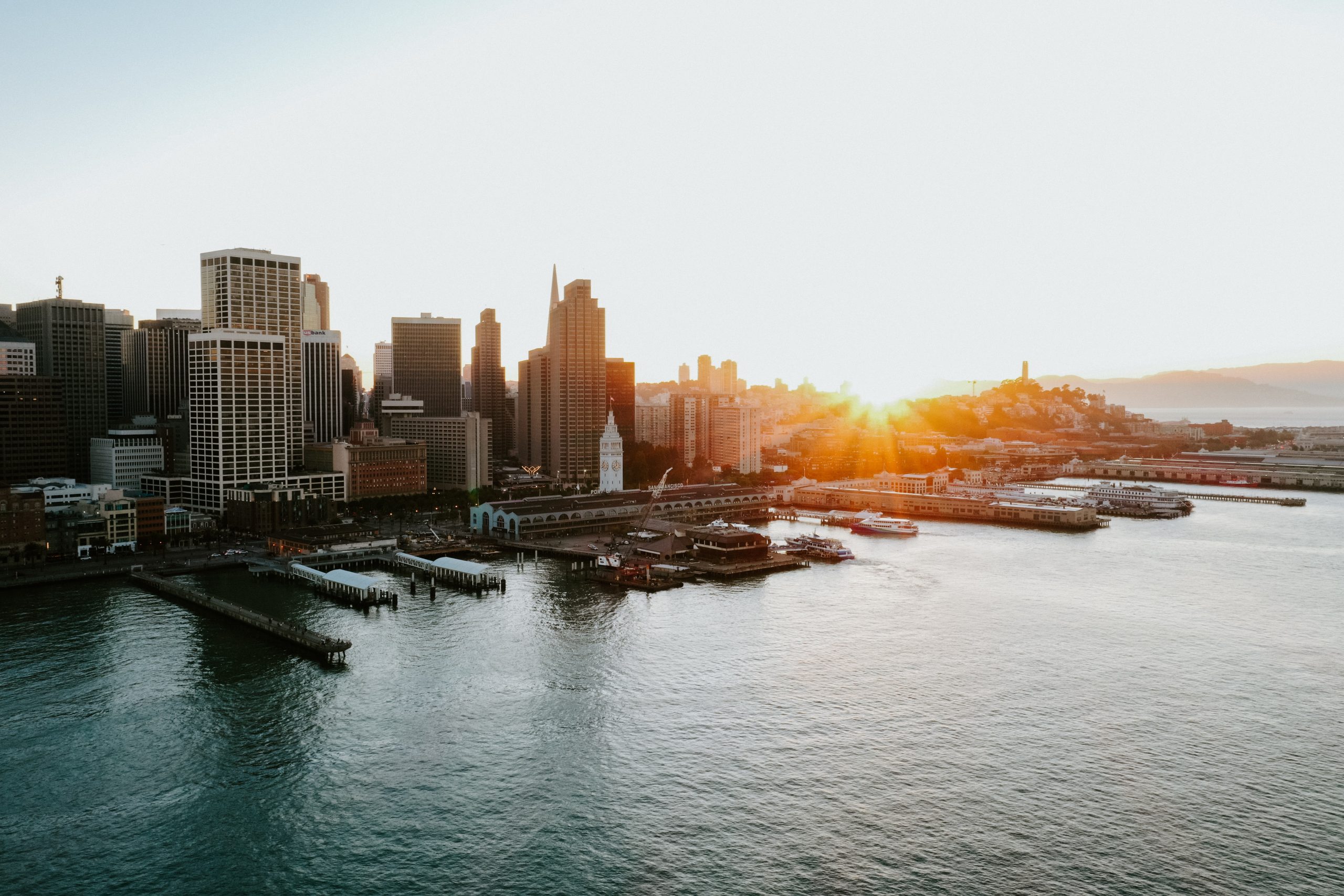 • The Bay Area added 7,400 jobs in November. The household survey, on the other hand, showed rising unemployment rates and a drop in the region’s workforce.

• Both the region and state showed conflicting trends between the jobs survey (up) and the household survey with rising unemployment and a decline in the labor force.

• Bay Area GDP surged in 2021 with gains throughout the region with growth faster than all states and the nation.

All regions in the state except the San Joaquin Valley outpaced the nation in job growth during the past 12 months led by the Southern California and the Bay Area followed by the Sacramento region. 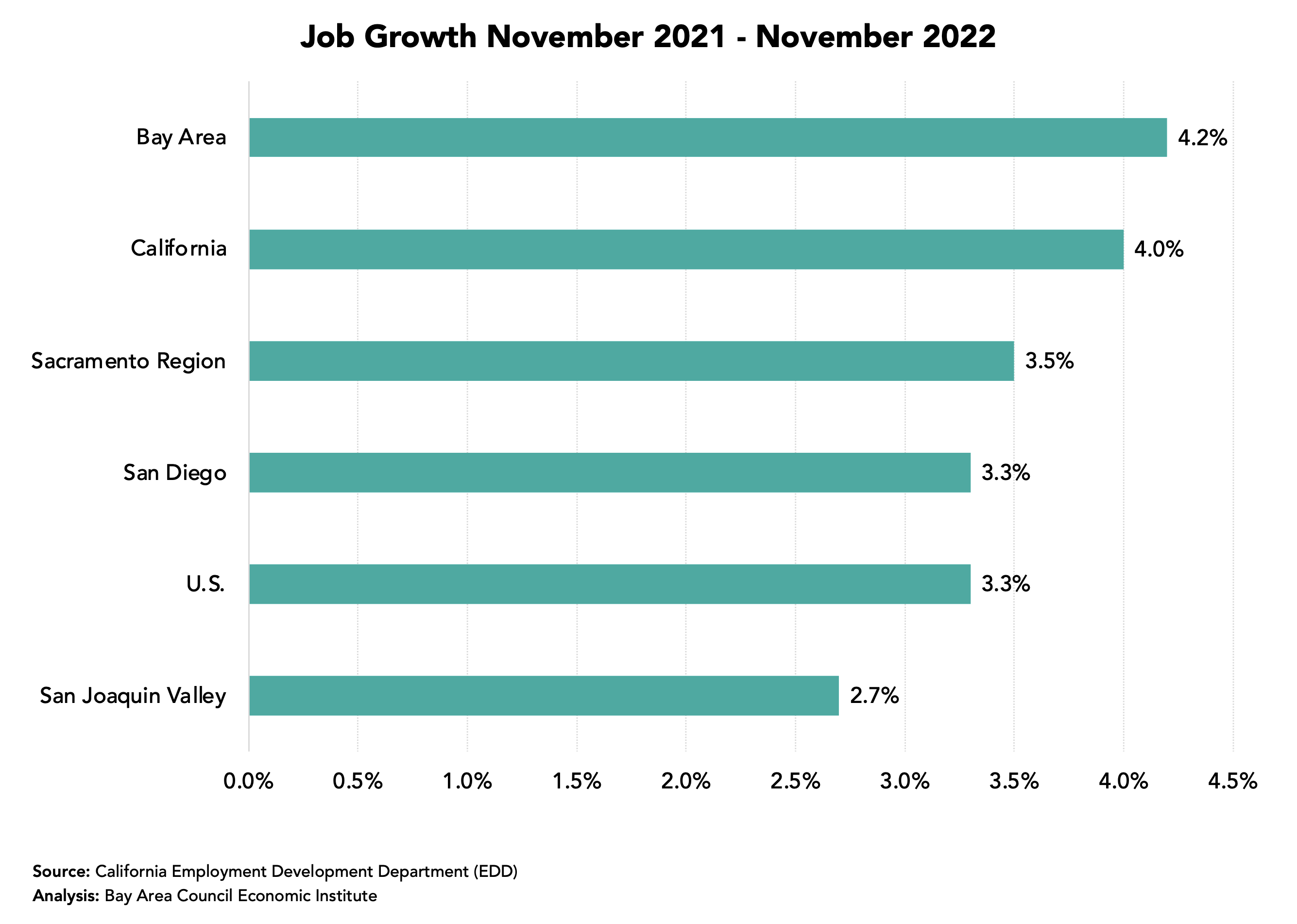 The chart below gets wide media attention and focuses on our region’s below-average job recovery rate. It is accurate and shows the better U.S. and California data. But look at the chart above to see the Bay Area catching up. 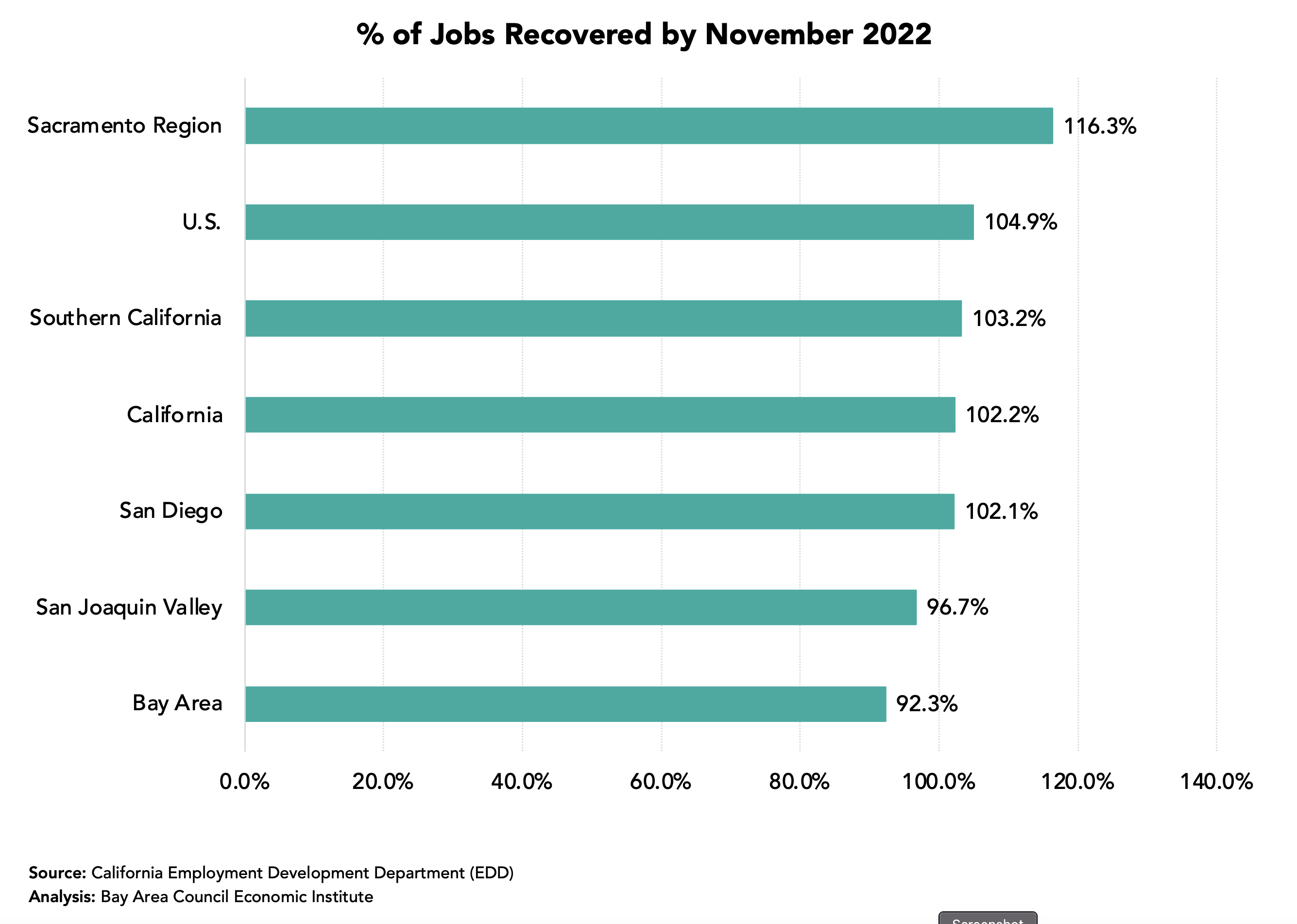 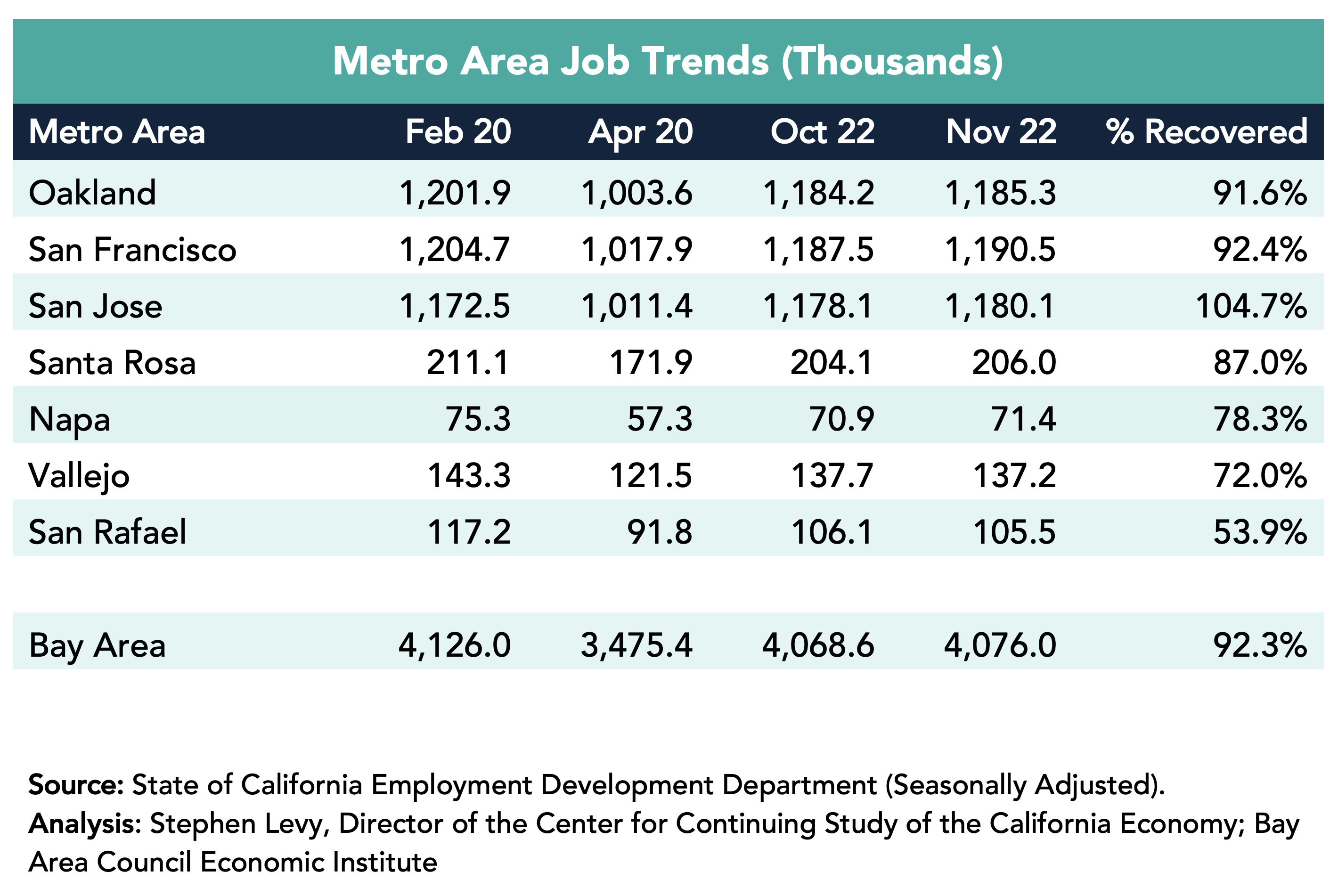 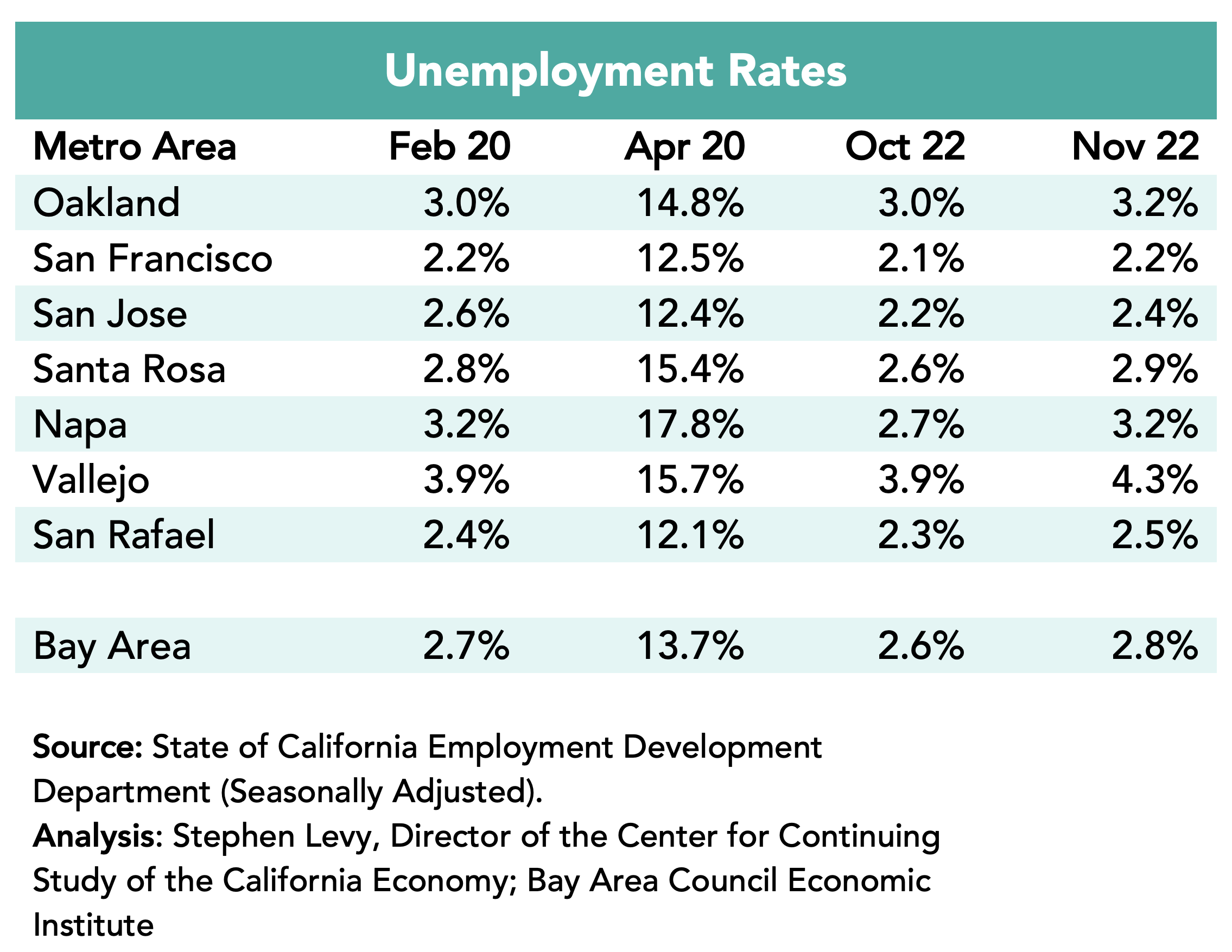 The state has almost 300,000 fewer workers than in the month before the pandemic started and the Bay Area has almost 70,000 fewer residents in the workforce.

Though job growth has continued, it is not clear where new workers will come from with low unemployment already and low population growth It is possible that more workers can come from remote locations so the Bay Area and state can see job growth without more residents working. Job openings remain high and sectors like air travel are constrained by lack of enough workers. Increasing the level of immigration would be a large help to the region and state. 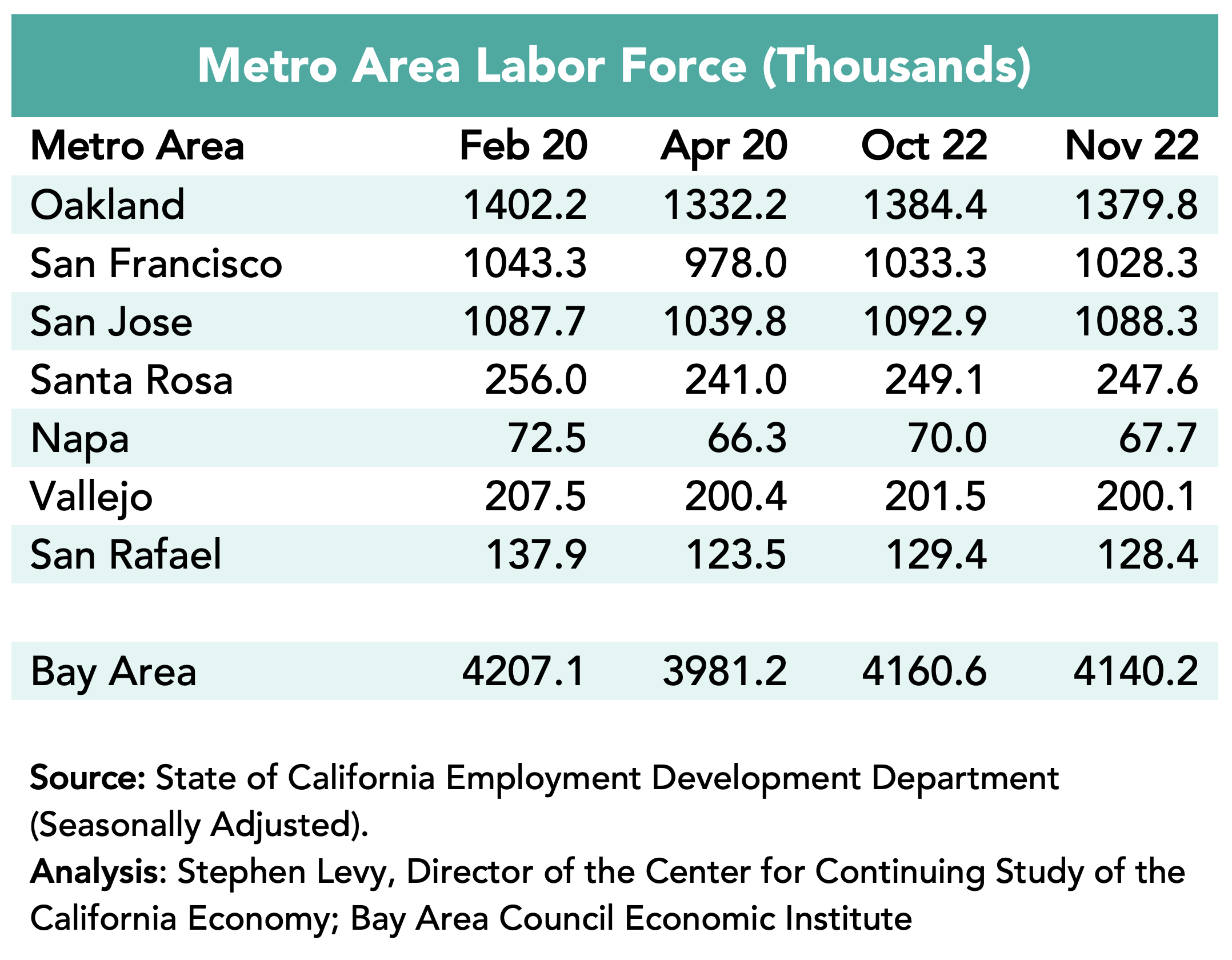 Permits levels in the first ten months of 2022 exceeded 2019 and 2021 levels though East Bay permit levels were below earlier levels.
The other counties showed large year over year gains. In addition, now there are almost daily reports of new housing projects being proposed and approved though it is often a long step until these units are completed and on the market.
Bay Area cities are updating their Housing Elements currently and learning about the requirements to meet their RHNA goals. It is possible that the RHNA and update process is encouraging cities to loosen development standards and to approve more projects.
While the current growth in permits is a positive sign, these levels are still below the RHNA targets for the region. More needs to be done. 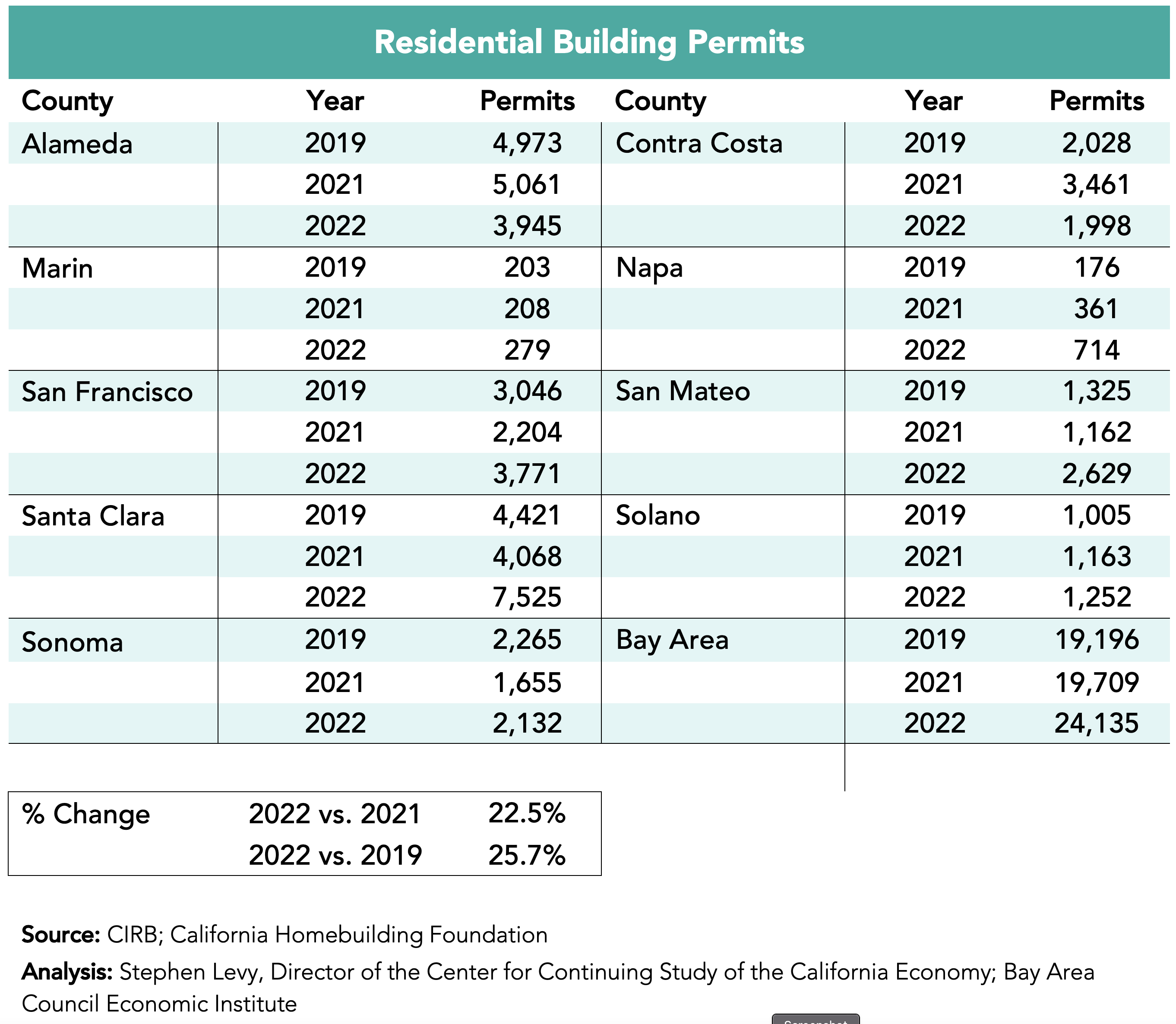 Real GDP rose by 10.9% in the region between 2020 and 2021 according to estimates released by BEA on December 8th this year.

Real GDP increased most in the San Jose metro area (+13.3%) followed by the SF-Oakland metro area that includes Marin County (+10.1%). The Napa and Santa Rose metro areas outpaced the nation while the Vallejo metro area had the region’s slowest GDP growth in 2021. 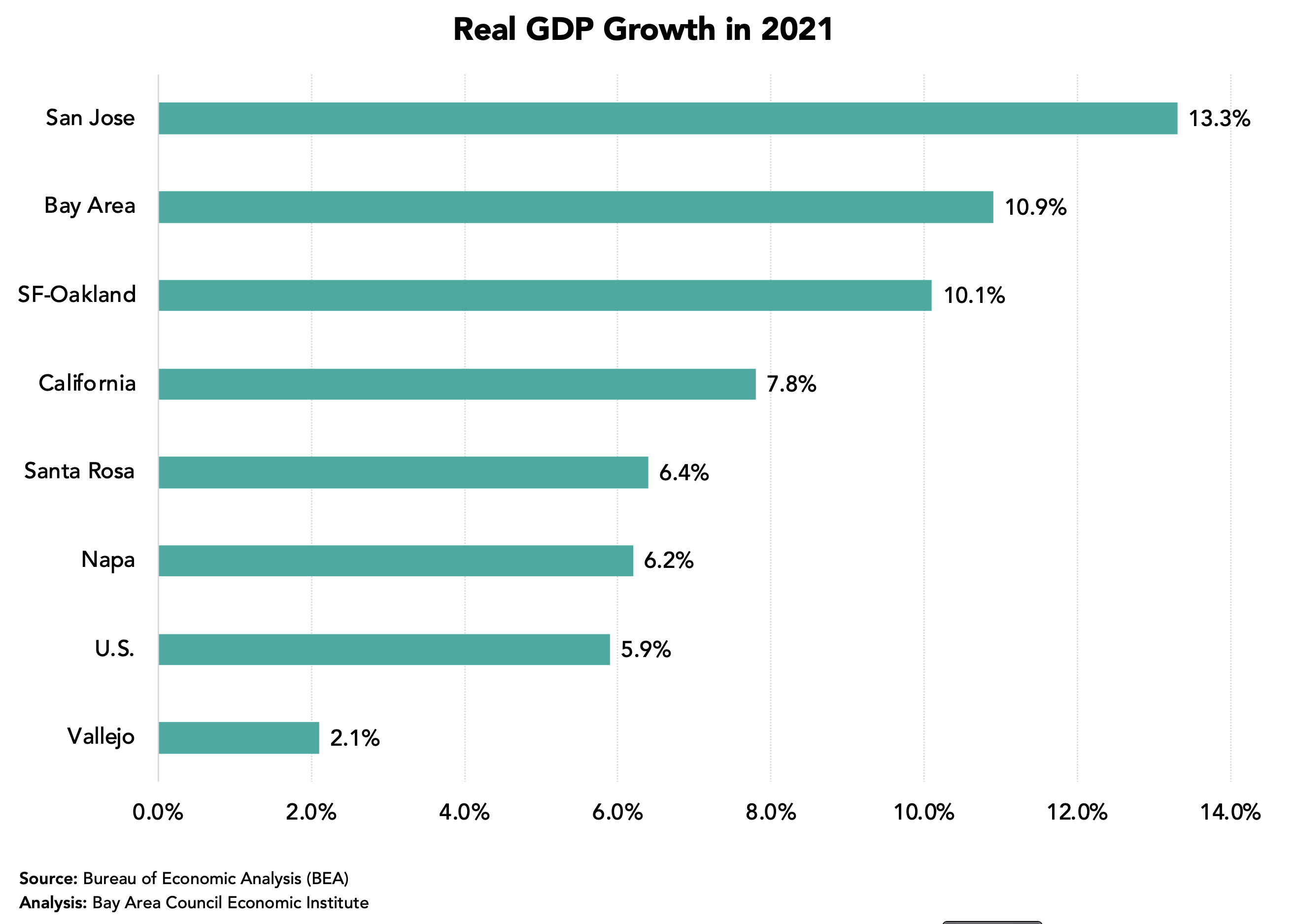 The Bay Area not only outpaced the nation in GDP growth, the region’s growth topped that of all states. 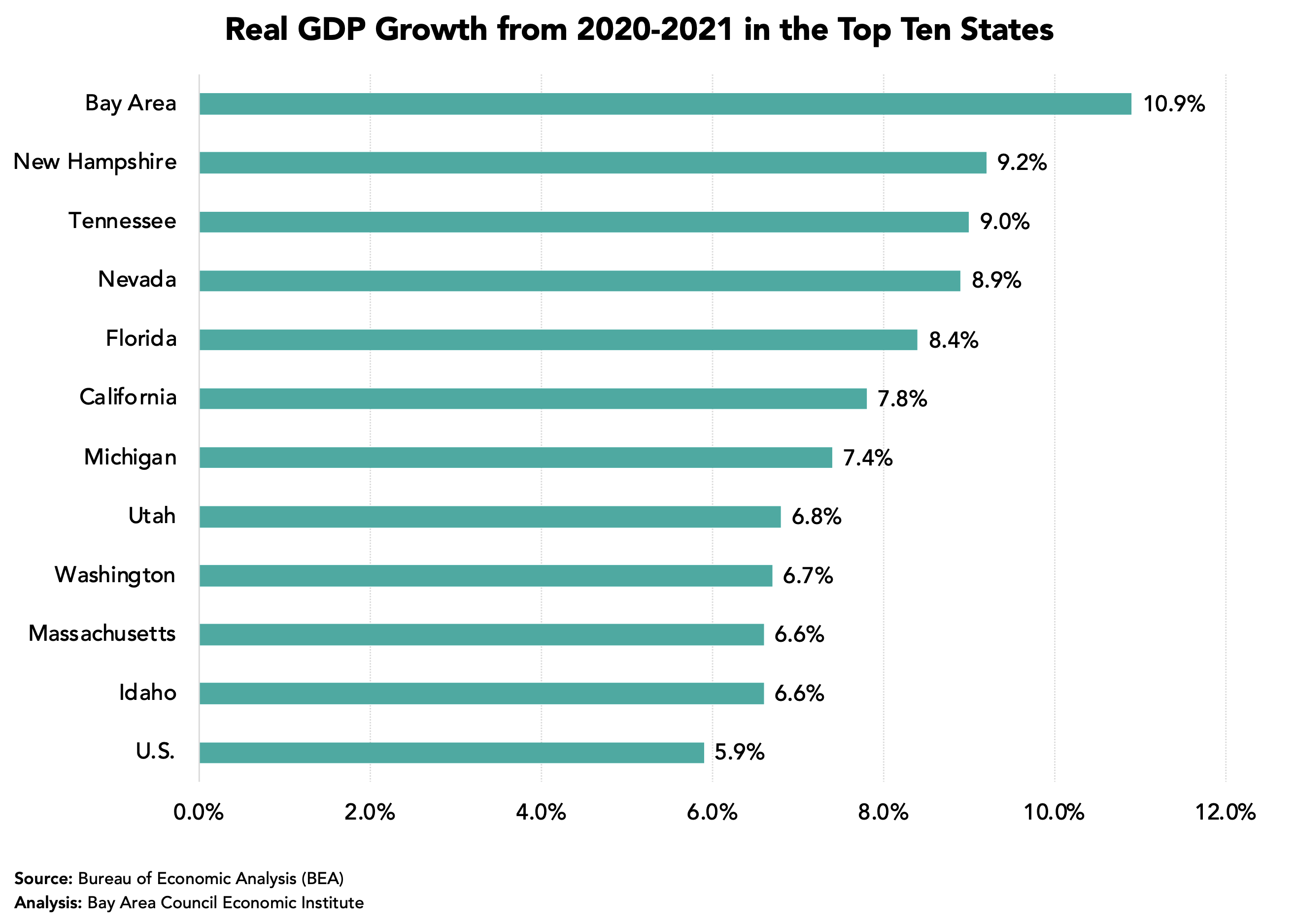