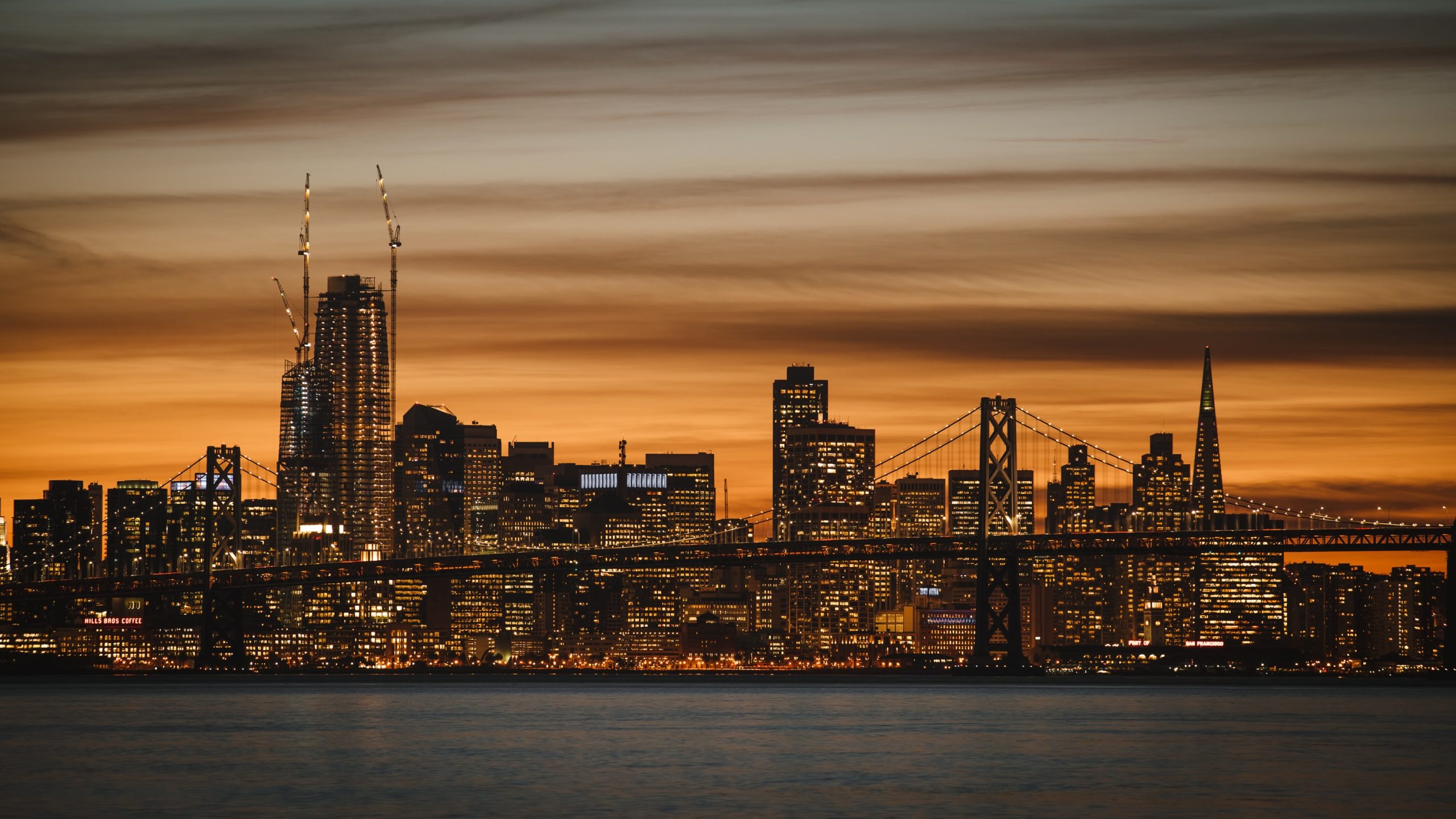 Bay Area job growth in 2021 was revised upward in annual revisions released in March 2022 by EDD. At the same time, unemployment rates for December 2022 were slightly reduced. The Bay Area posted record VC funding in 2021. Housing permits rebounded to 2019 levels but remain far below region’s housing goals for the next 8 years. All Bay Area jurisdictions must update their Housing Elements in 2022 to meet state and regional housing goals and requirements.

• Bay Area job estimates for December 2021 rose by 54,800 compared to the pre-revision estimates.

• March 2022 brings major crosscurrents to the global, national and regional economy with the Russian invasion of Ukraine, rising interest rates amidst continuing high inflation, the easing of COVID cases and related activity restrictions and the ongoing Bay Area challenges of housing, transportation and competitiveness.

The Oakland Metro Area Had the Largest Upward Job Revision 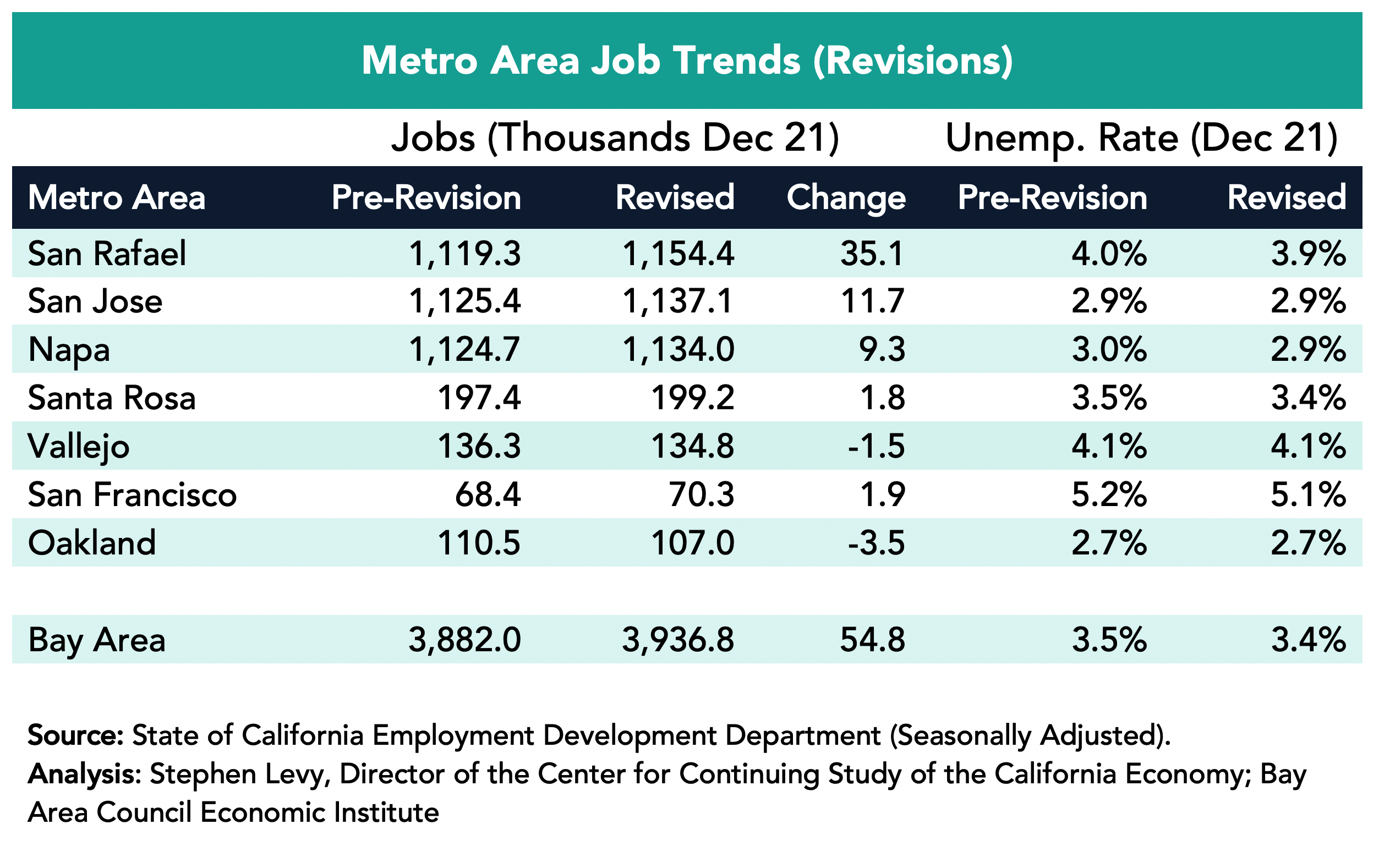 The Bay Area Outpaced the Nation in 2021 Job Growth 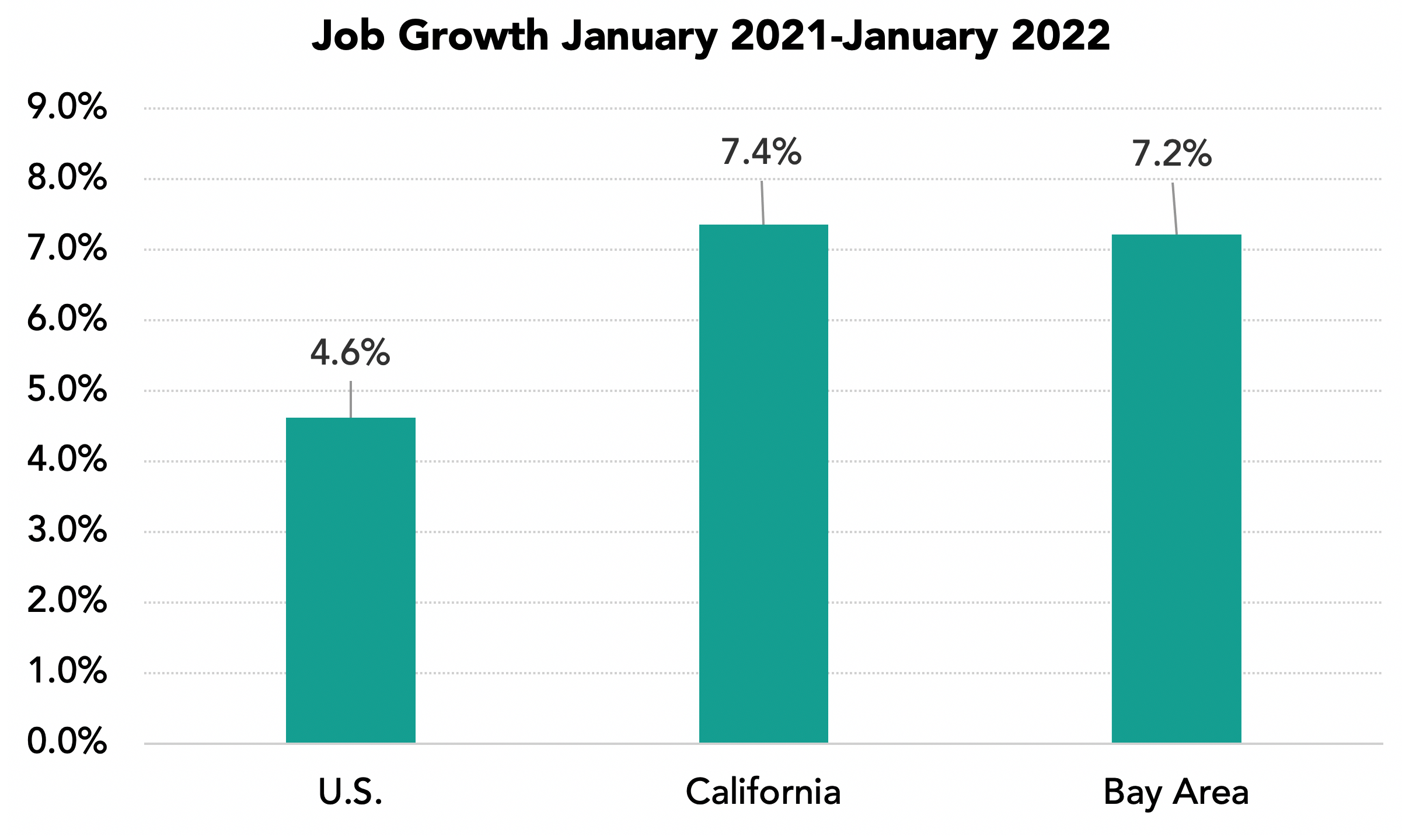 Bay Area jobs increased by 7.2% between January 2021 and January 2022 outpacing the national 4.6% growth rate. The region still lags the nation and state in the percentage of jobs recovered since April 2020 as a result of the large job losses in 2020. 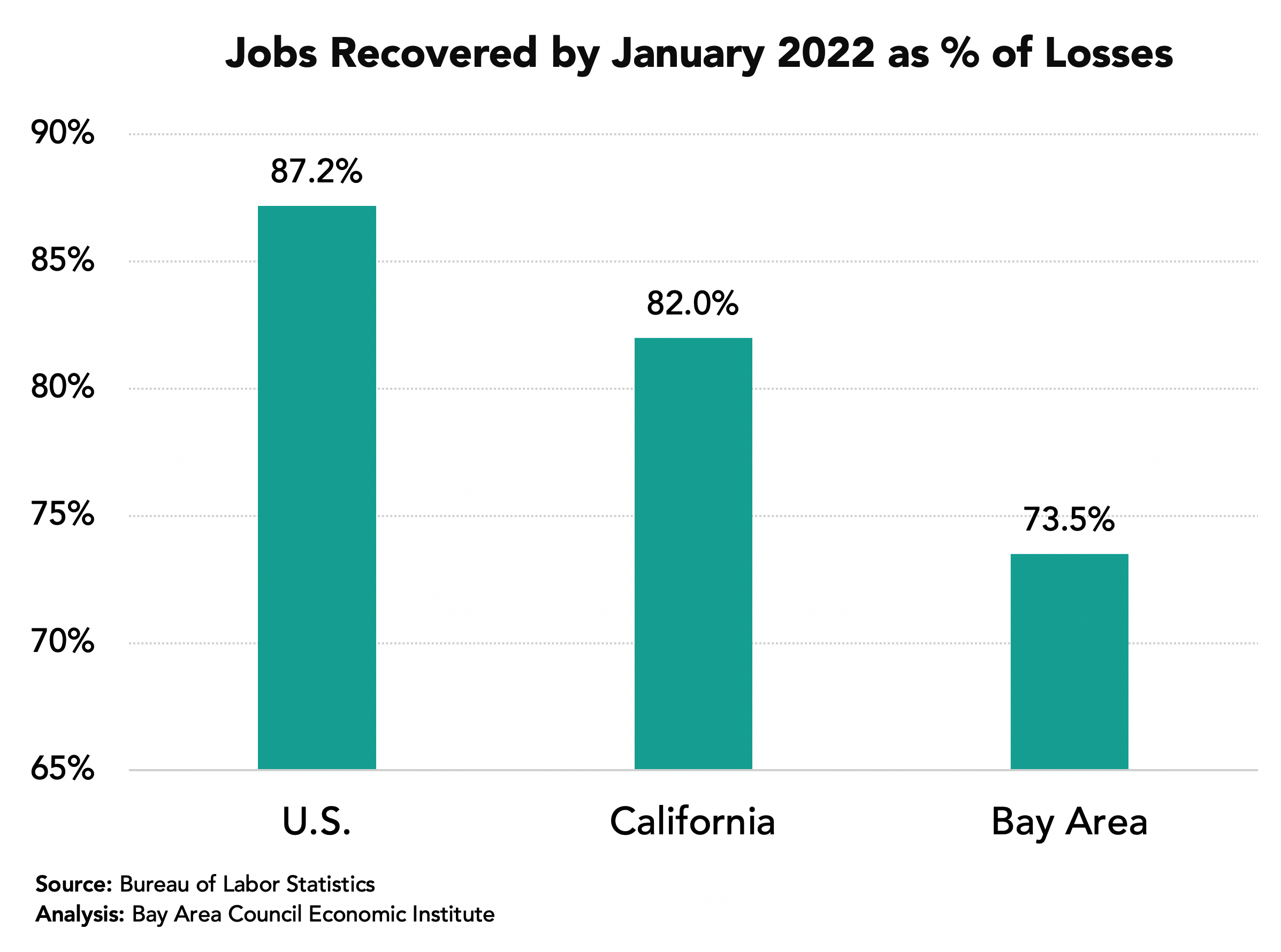 By January 2022 the region had recovered 73.5% of the jobs lost between February and April 2020. This is a lower recovery rate than the state and nation, though the region has closed the gap in recent months. 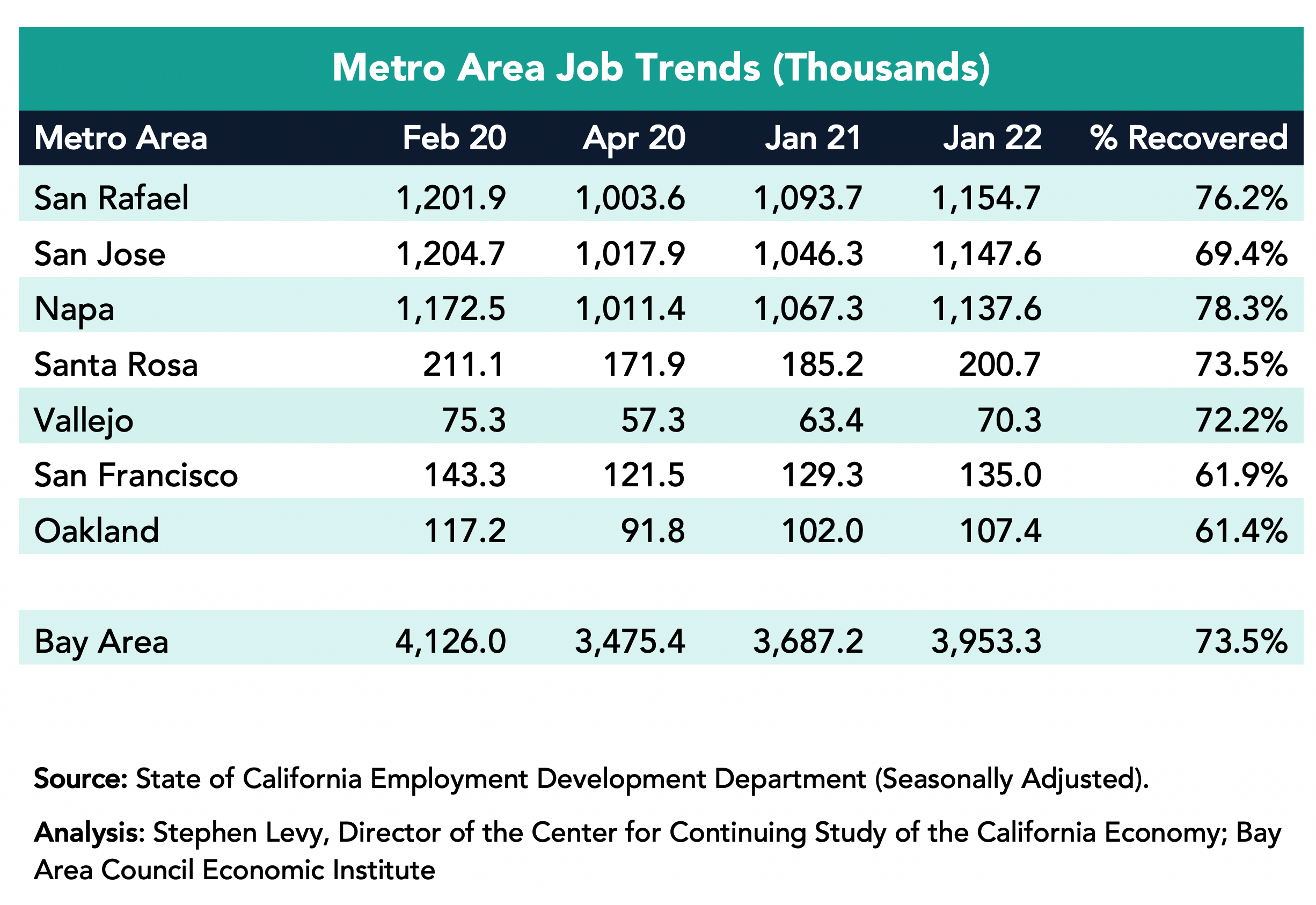 The lowest rates were in the San Rafael metro area (2.7%) followed by the San Francisco and San Jose metro areas (2.9%) in December 2021. 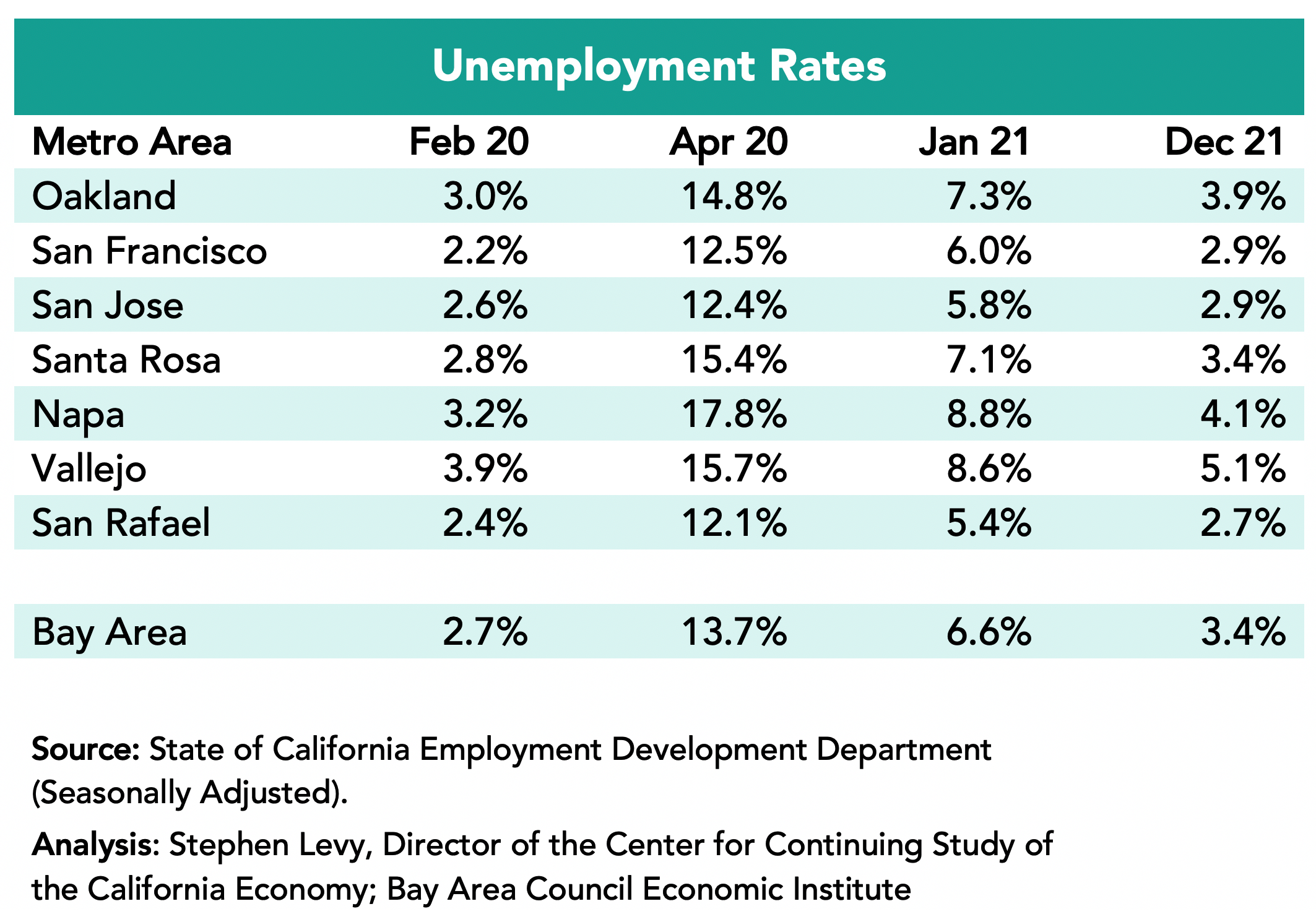 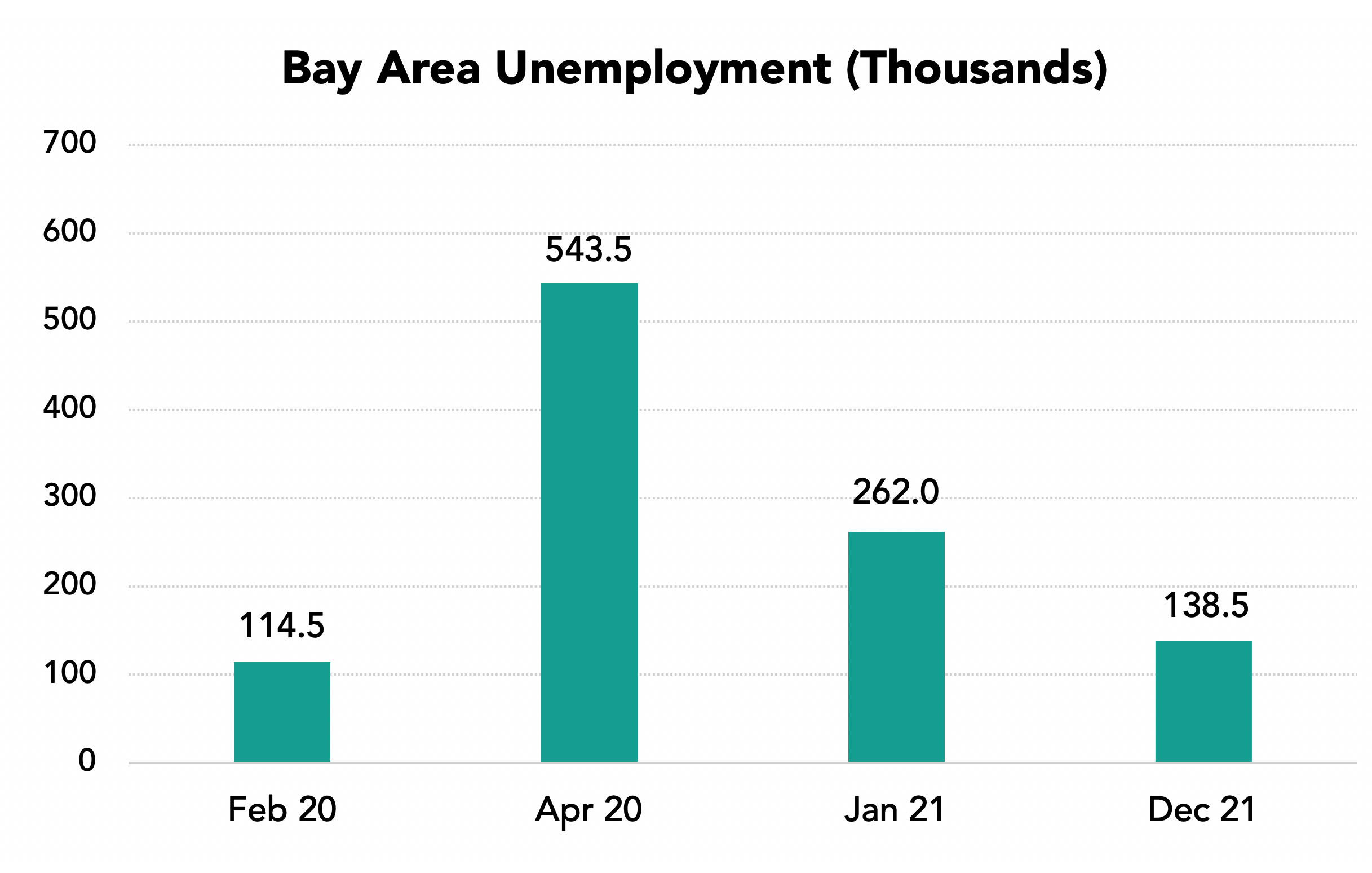 Four sectors—Manufacturing, Transportation and Warehousing, Information and Professional and Business Services—exceeded pre-pandemic job levels in December 2021. On the other hand, the Leisure and Hospitality sector recovered only 65.6% of lost jobs by December 2021 though travel and tourism are now picking up again. The Government sector still has fewer jobs now than in April 2020. The Construction and Education and Health Services sectors have recovered most of the jobs between February and April 2020. Housing permit levels are up 35.5% in 2021 over 2020 levels and equaled permit levels in 2019. This year all Bay Area cities are required to update their Housing Elements to meet greatly increased regional and local jurisdiction housing goals. Below is a link to a report released on March 18th that I prepared at the request of the Silicon Valley Community Foundation to help residents understand and engage in their city’s Housing Element update process. Although the report focuses on five Midpeninsula cities—Cupertino, Menlo Park, Mountain View, Palo Alto and Sunnyvale—it has broad applicability for other communities. The report is part of an engagement effort led by SV@Home with local partners.