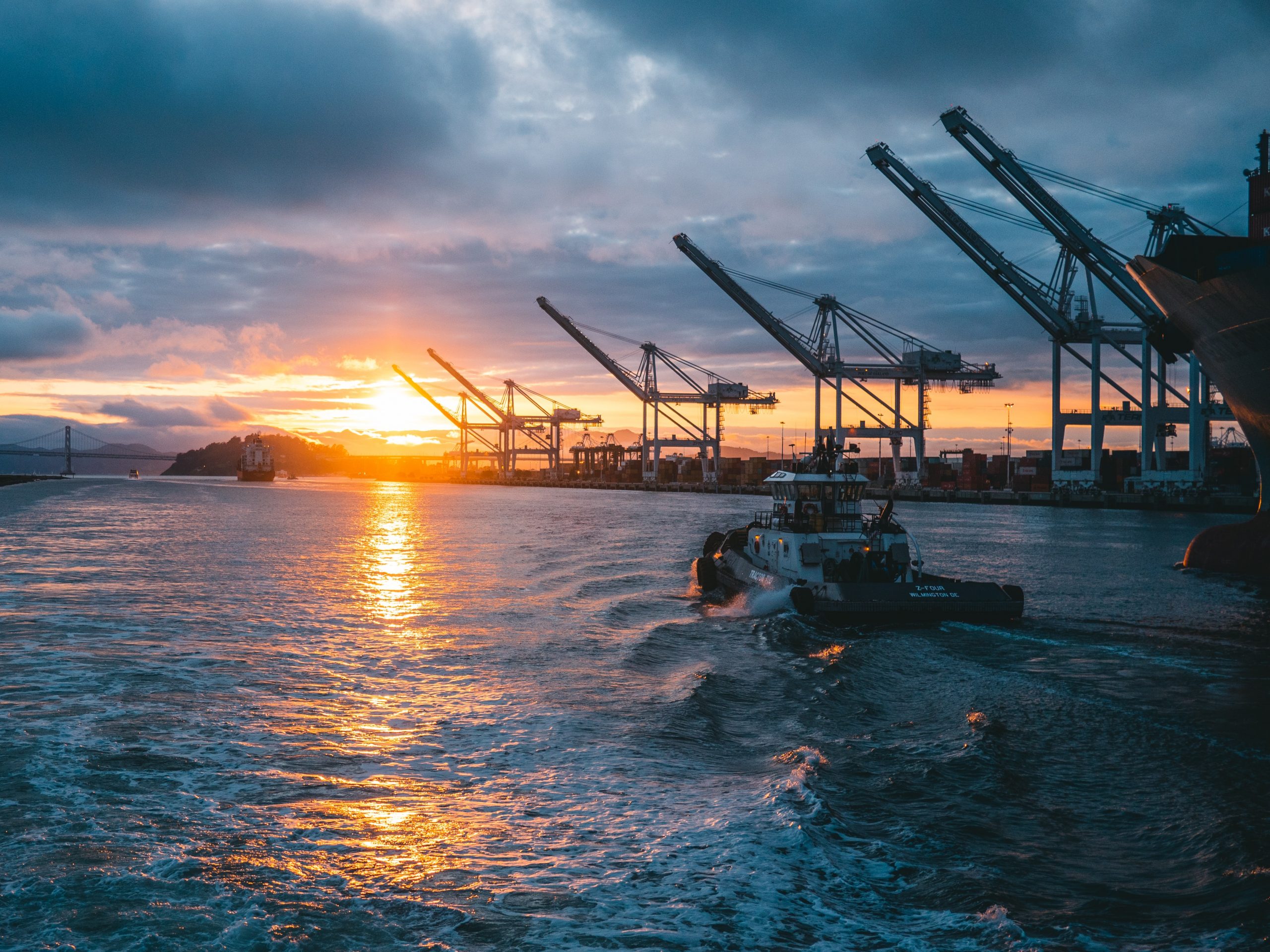 • The past four weeks have brought discouraging economic news for the near-term as a result of the virus spread and resulting restrictions on activity in the Bay Area. At the same time, news of vaccine approval and distribution, a possible stimulus package and the Biden focus on immigration, infrastructure and job growth point to a better outlook by mid-year 2021. The usual caveats about housing supply and affordability and maintaining a competitive economic environment remain.

• The Bay Area recorded added 17,300 jobs in November down from 32,900 in October. The activity restrictions should limit job growth while they last.

• Between April and November, the Bay Area recovered 42.5% of the jobs lost between February and April trailing the state and nation.

• The regional unemployment rate was 2.7% in February, 13.1% in April and 5.9% in November. However, 79,000 residents left the workforce in November though these numbers fluctuate month to month.

The state and Bay Area recovered a smaller share of the jobs lost by November compared to the nation. This is the result of our more cautious reopening pace and the more than 80% decline in business and visitor travel and resulting loss of spending and jobs. 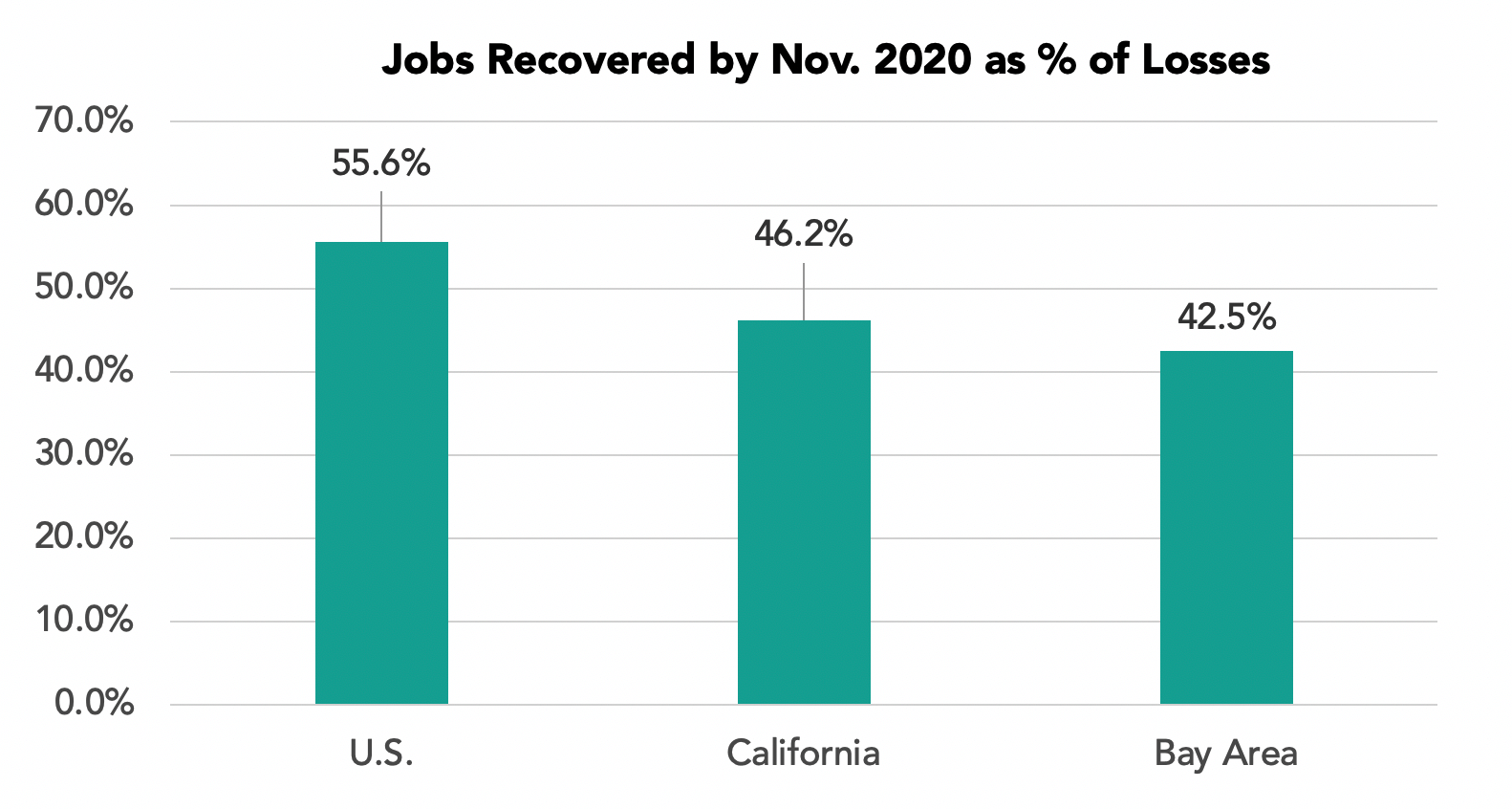 The share of jobs recovered by November varies somewhat among the metro areas with the largest share recovered in the San Jose metro area (50.5%) and the smallest share in the Napa metro area (34.2%). 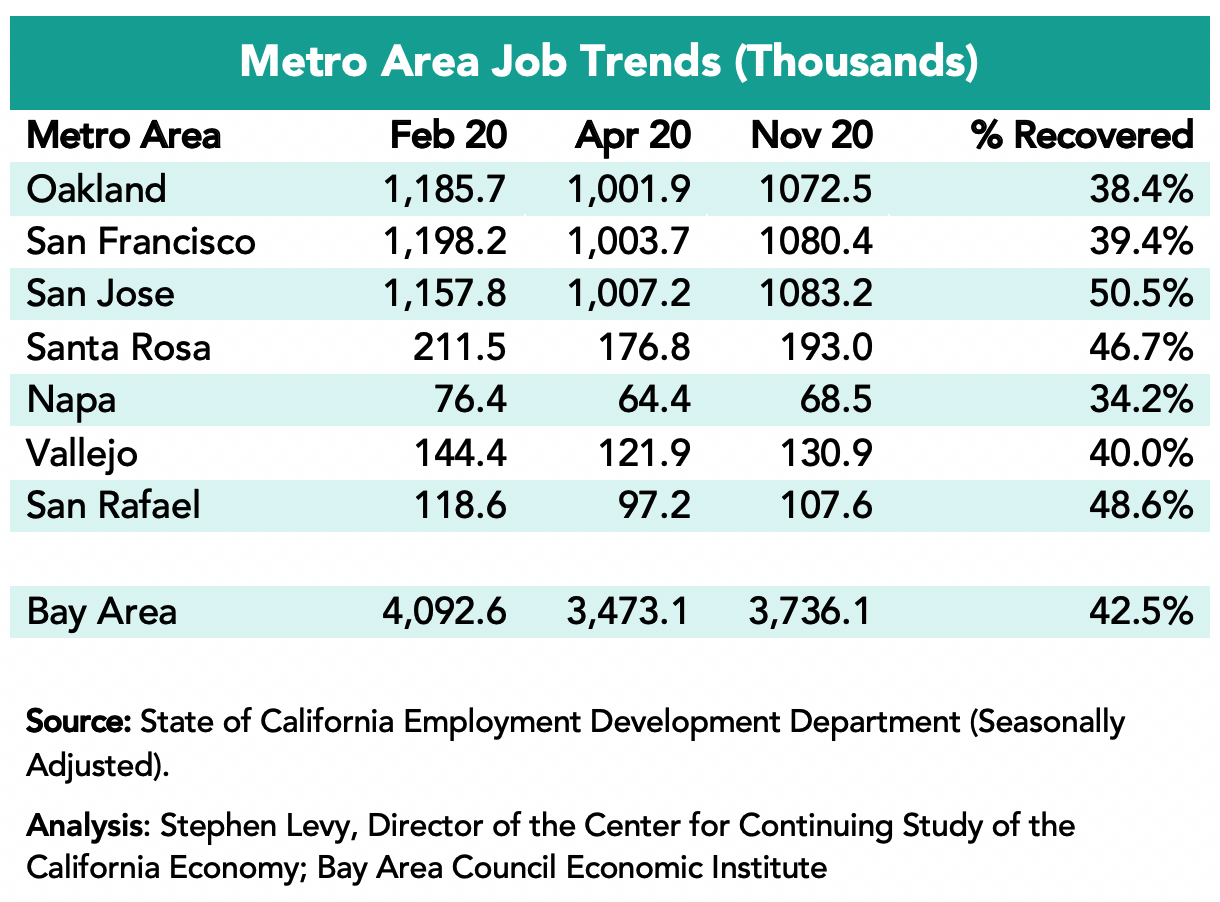 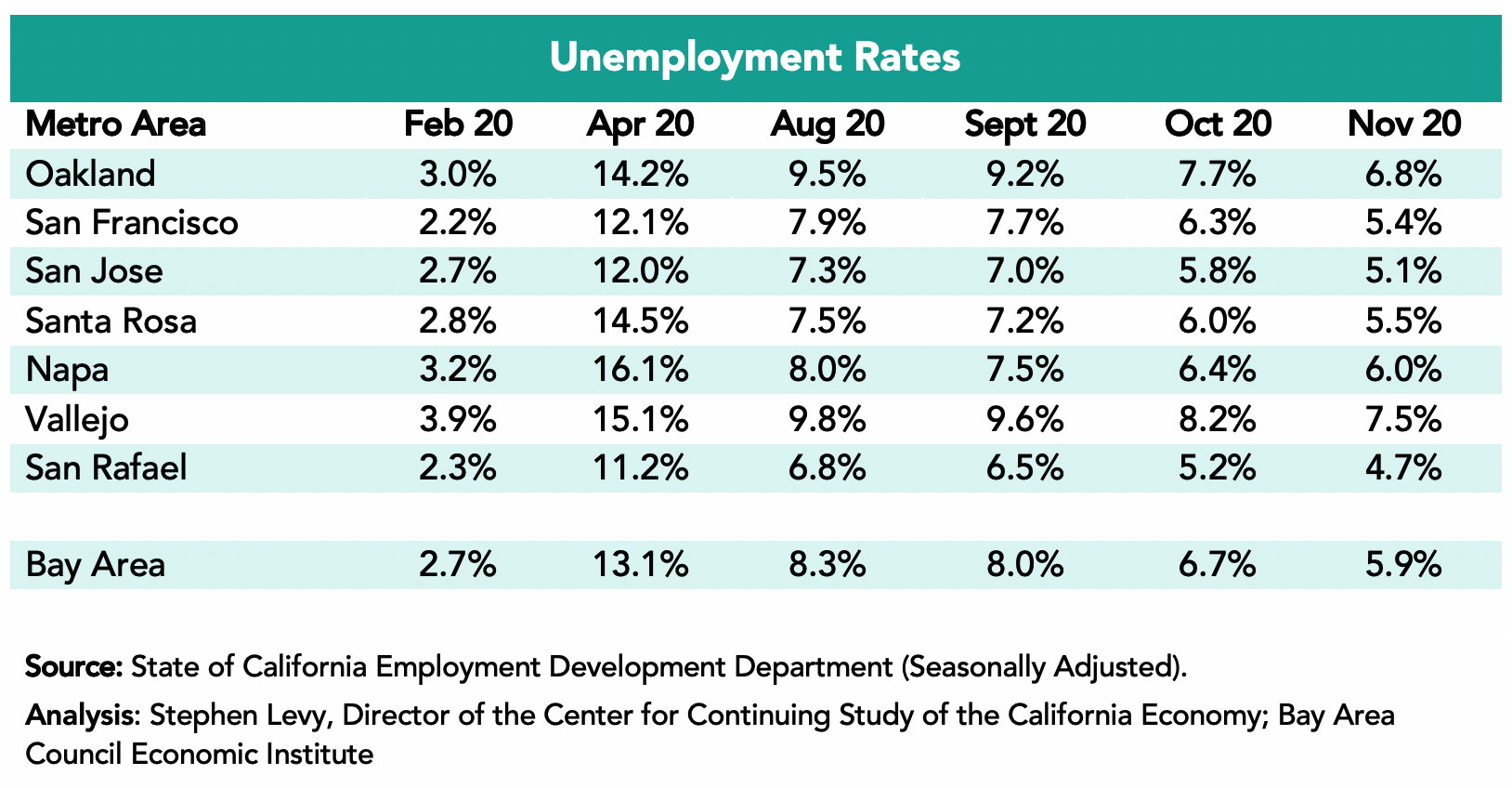 The number of unemployed residents fell quite a bit in November to 242,200 from 278,100 in October. But there are still more than twice as many residents unemployed compared to February before the pandemic spread. And the people who left the labor force are not counted as unemployed. 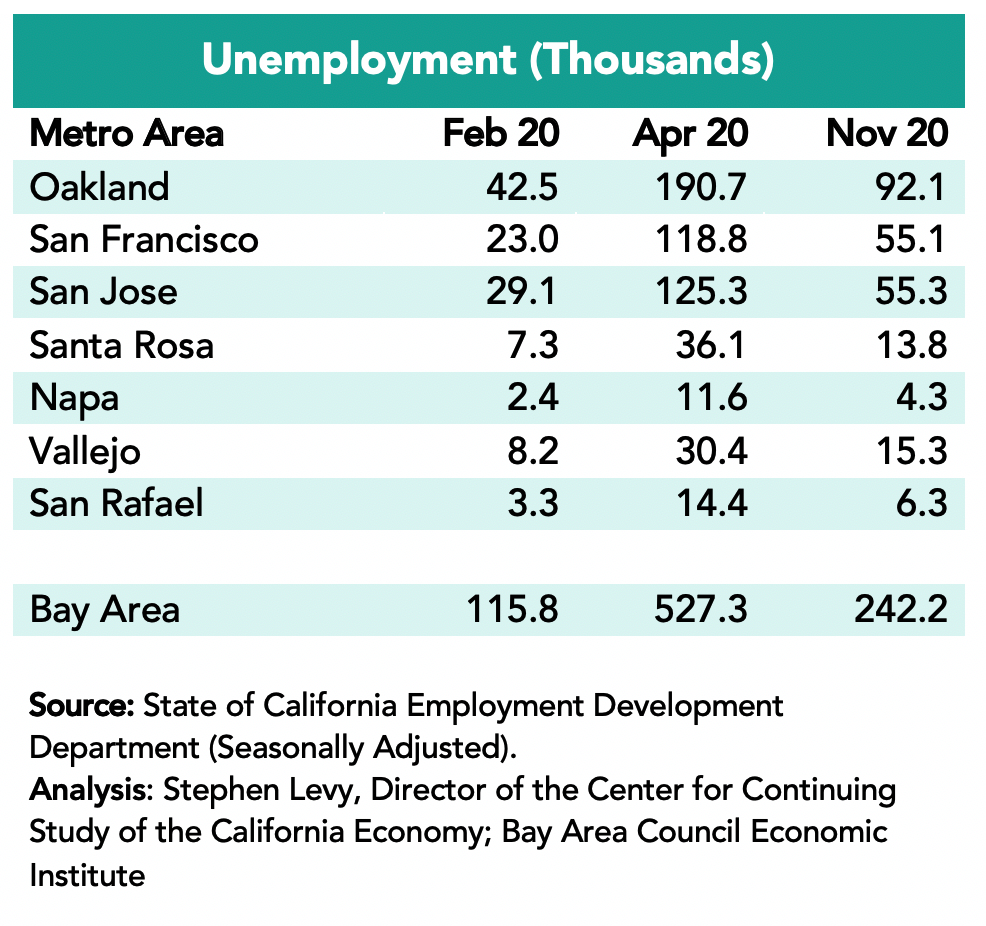 The largest job losses were in Leisure and Hospitality where half the jobs went away between February and April. Financial Activities (121.0%) showed the biggest recovery by November while the Wholesale Trade sector had a relatively small recovery rate so far along with Education and Health Services and Leisure and Hospitality. Government and Information are the only sectors to lose jobs after April. 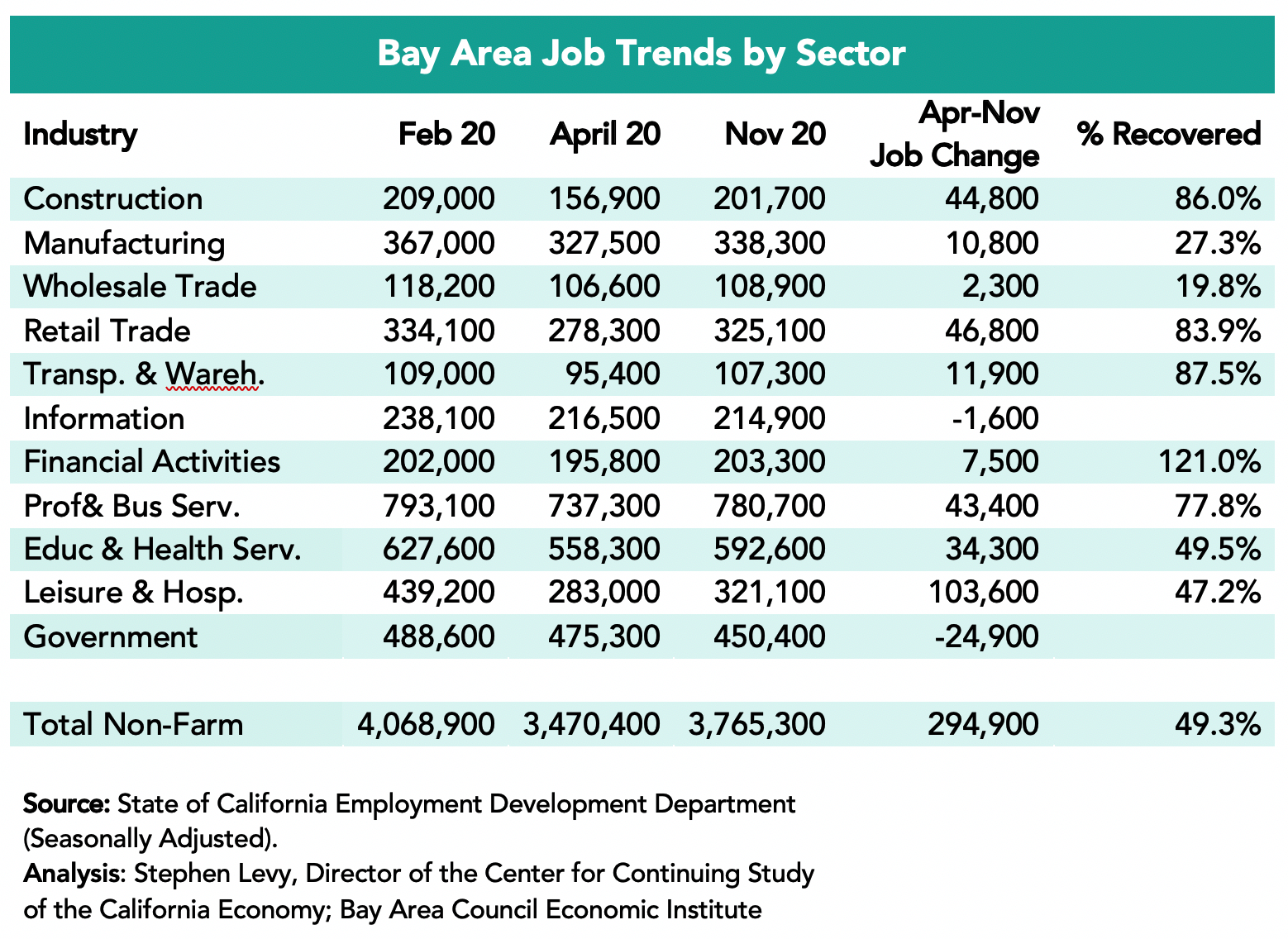 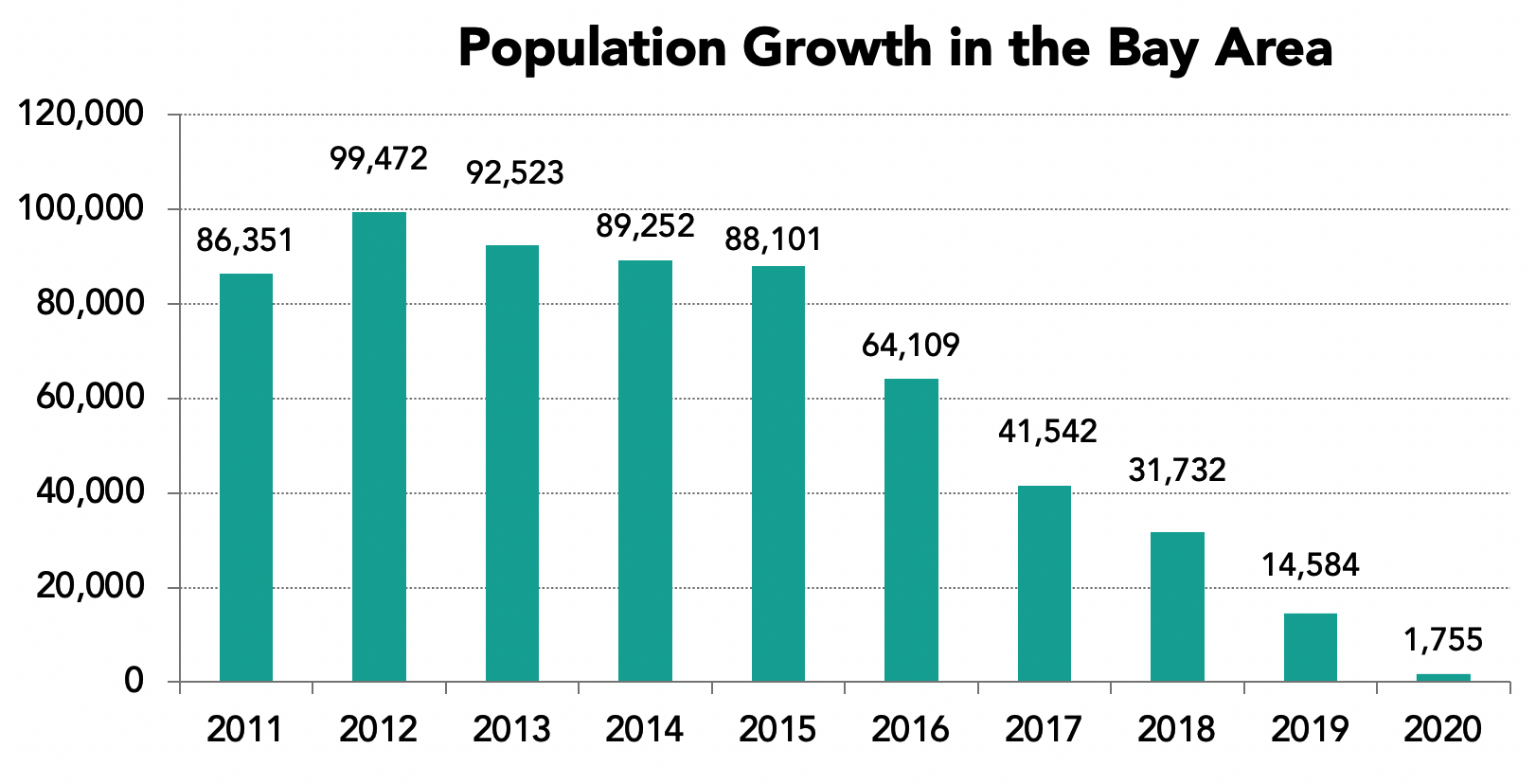 Domestic out migration (residents leaving the Bay Area for elsewhere in the U.S. has increased steadily in recent years to over 60,000 in the 2019-2020 year and is the major cause of the population growth slowdown. There also been a decline in the number of foreign immigrants in recent years as well as declining numbers of births.

Some of these declines may be temporary but they do point to continuing concerns about housing affordability and our economic competitiveness. 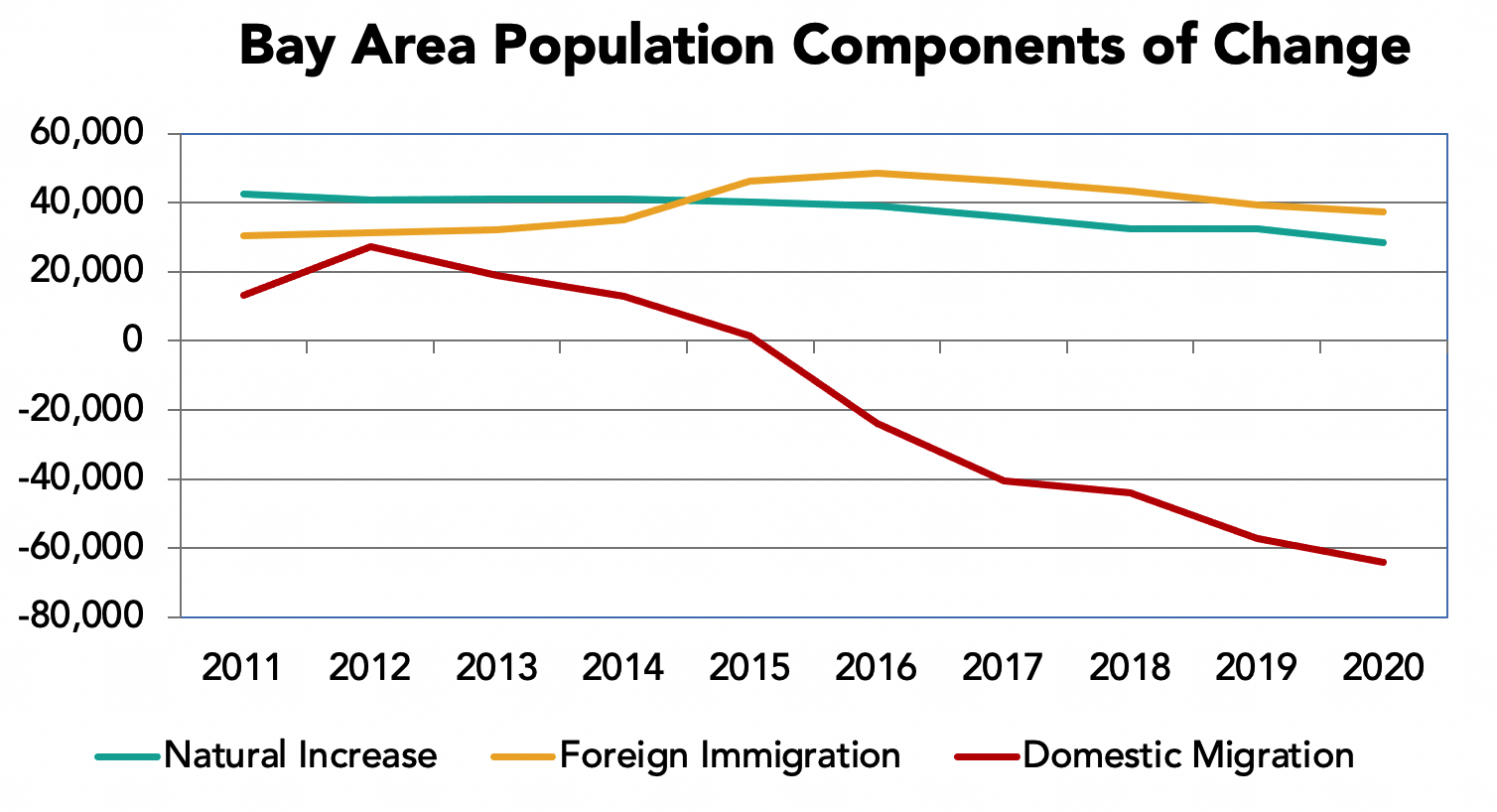 County population trends are shown below. 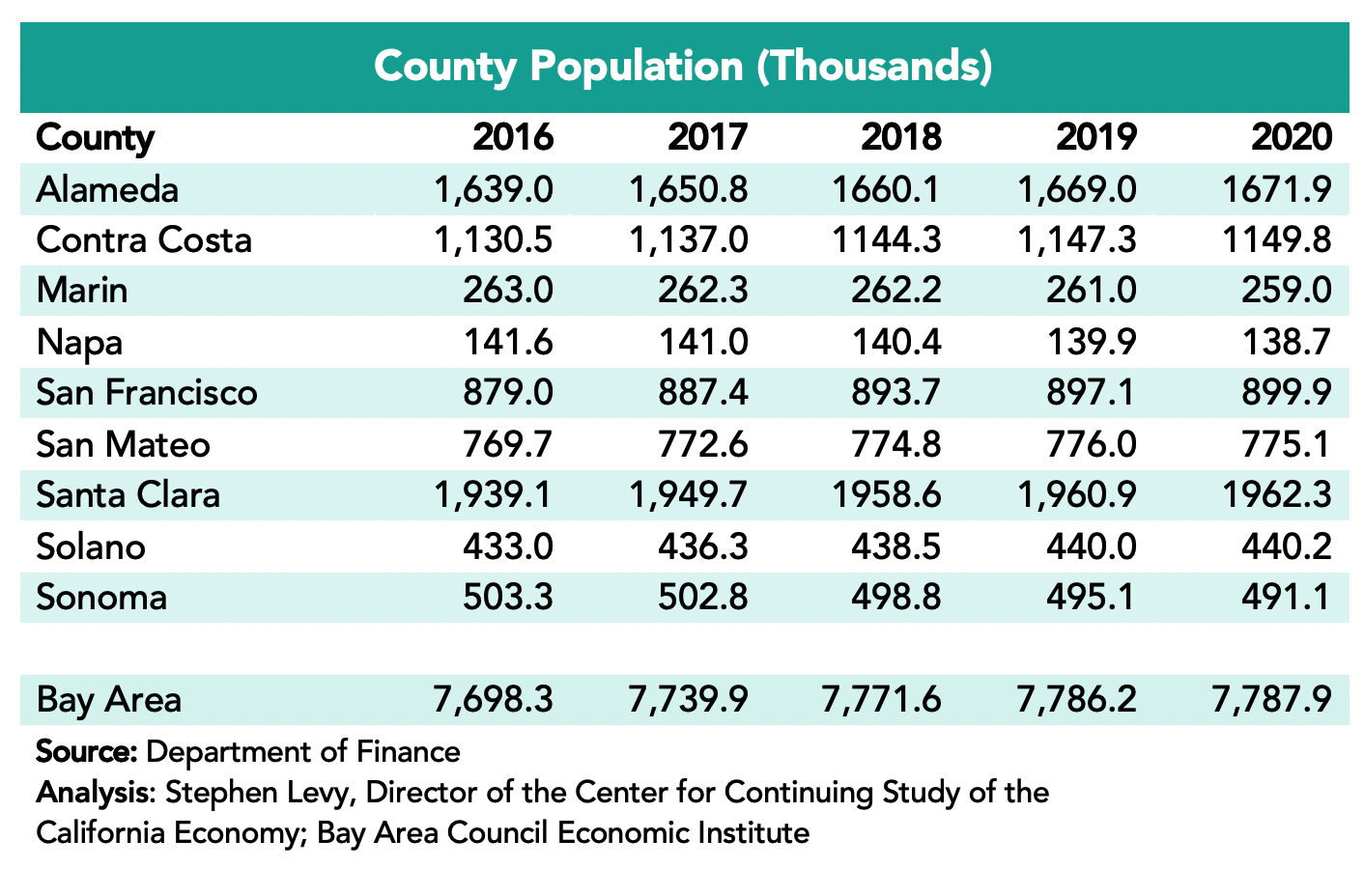