• Between April and August, the Bay Area recovered just over 30% of the jobs lost between February and April trailing the state and nation.
• The regional unemployment rate was 2.7% in February, 13.1% in April and 8.6% in August. Unemployment rates and numbers declined substantially in August, far more than is consistent with the modest job growth.
• This update also looks at industry sector trends, air travel data, 2019 ACS data and the Bay Area Regional Housing Needs Assessment (RHNA)

The state and Bay Area recovered a smaller share of the jobs lost by August compared to the nation. This is the result of our more cautious reopening pace and the more than 80% decline in business and visitor travel and resulting loss of spending and jobs. The Bay Area is now reopening more businesses but the impact will not be seen until the October jobs report. 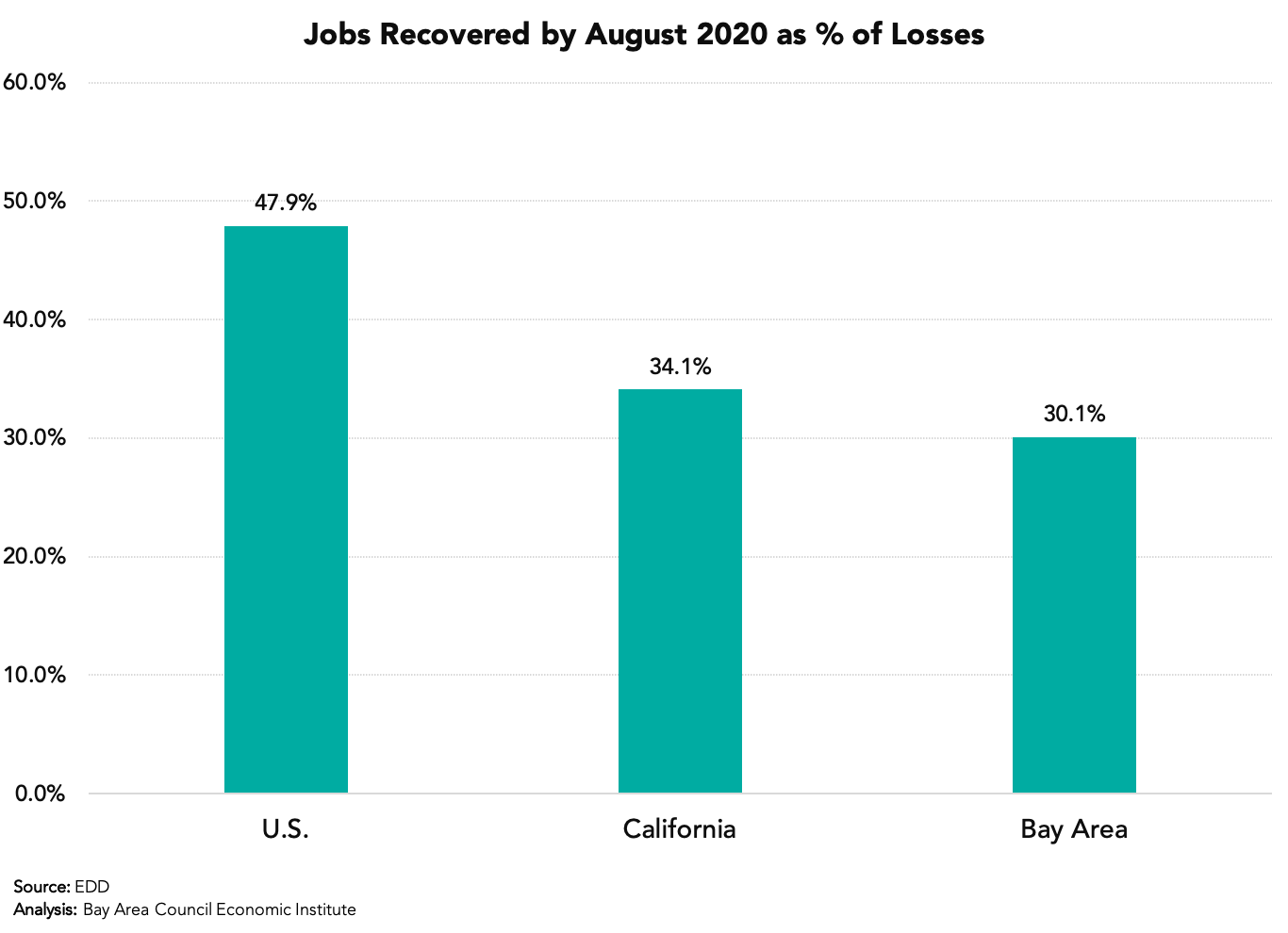 The share of jobs recovered by August varies somewhat among the metro areas with the largest share recovered in the Santa Rosa metro area (44.1%) and the smallest share in the Oakland metro area (24.3%). 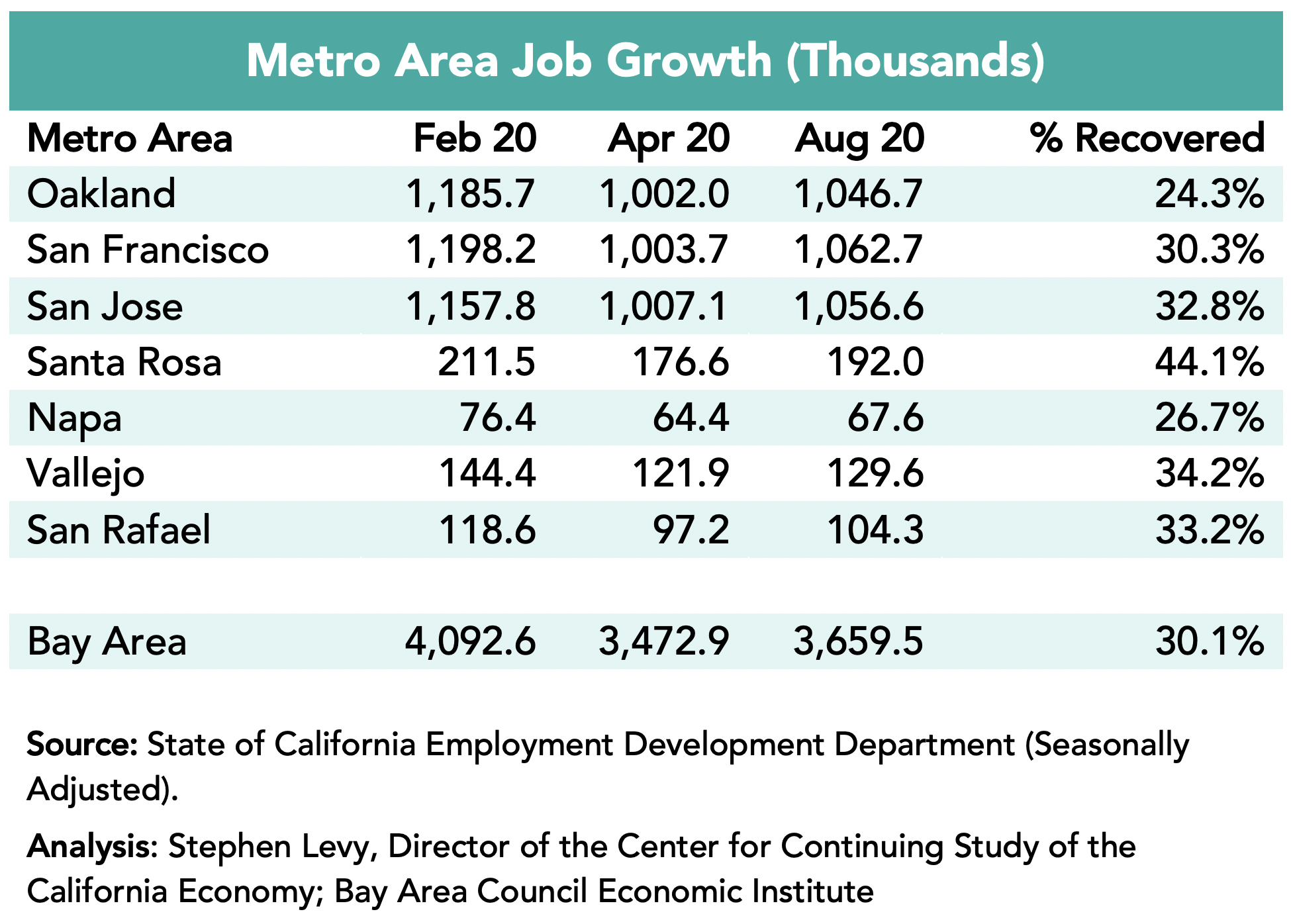 The number of unemployed residents fell quite a bit in August to 349,300 from 442,600 in July. This estimate is hard to explain given the much smaller reported job gains and the decline of more than 50,000 in the number of workers in the labor force in August. 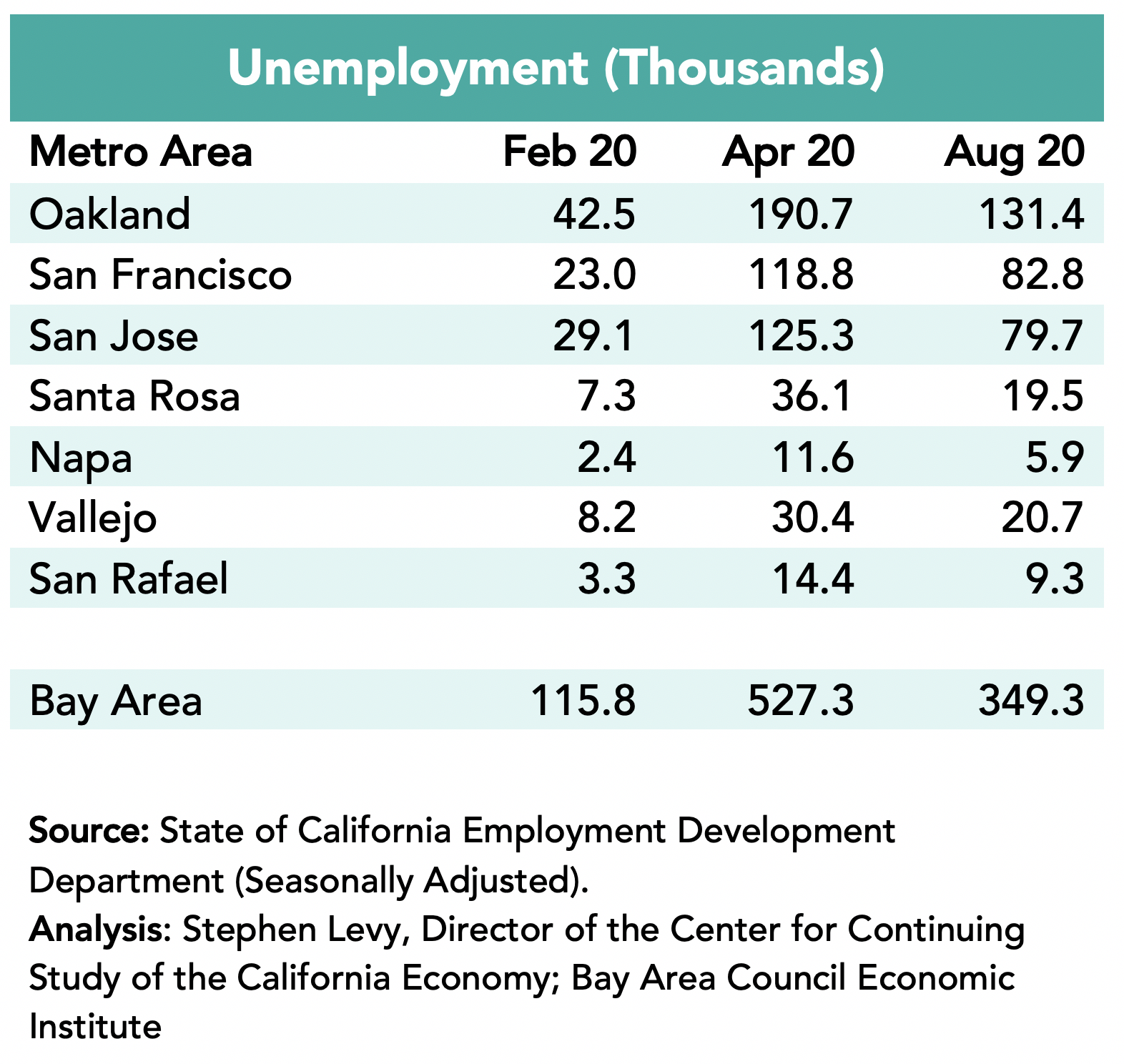 The largest job losses were in Leisure and Hospitality where half the jobs went away between February and April. Construction showed the biggest recovery by August (84.3%) while the Information and Wholesale Trade sectors had relatively small recovery rates so far. Government is the only sector to lose jobs after April. The overall job losses and recovery are affected by the continuing decline in government jobs. Most of the improvement in August was a rebound in Government jobs and growth in Professional Services. Air travel plummeted after February with losses of 90% or more. There was a small rebound in August but air travel remains deeply depressed. There is no data for August yet. 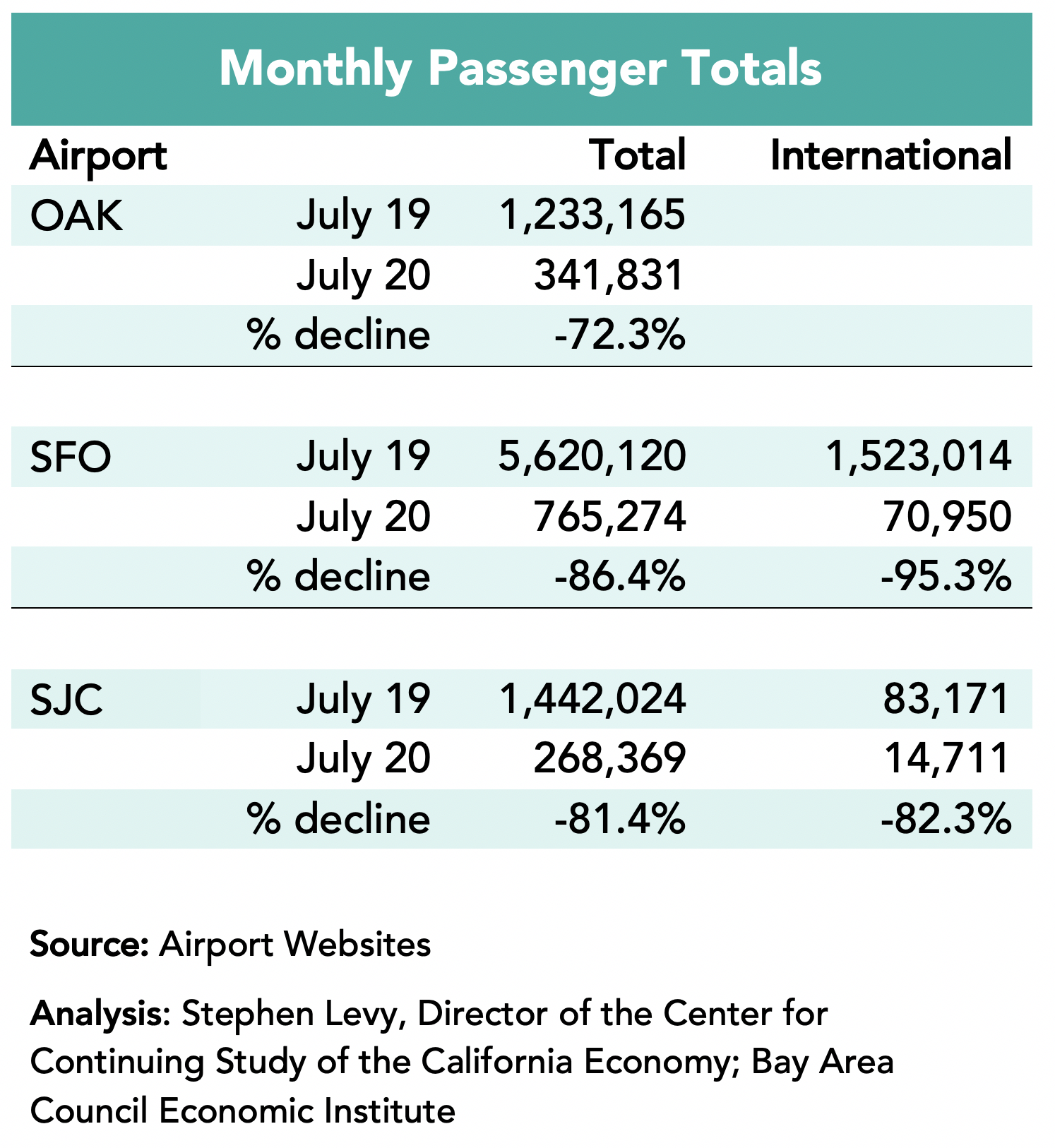 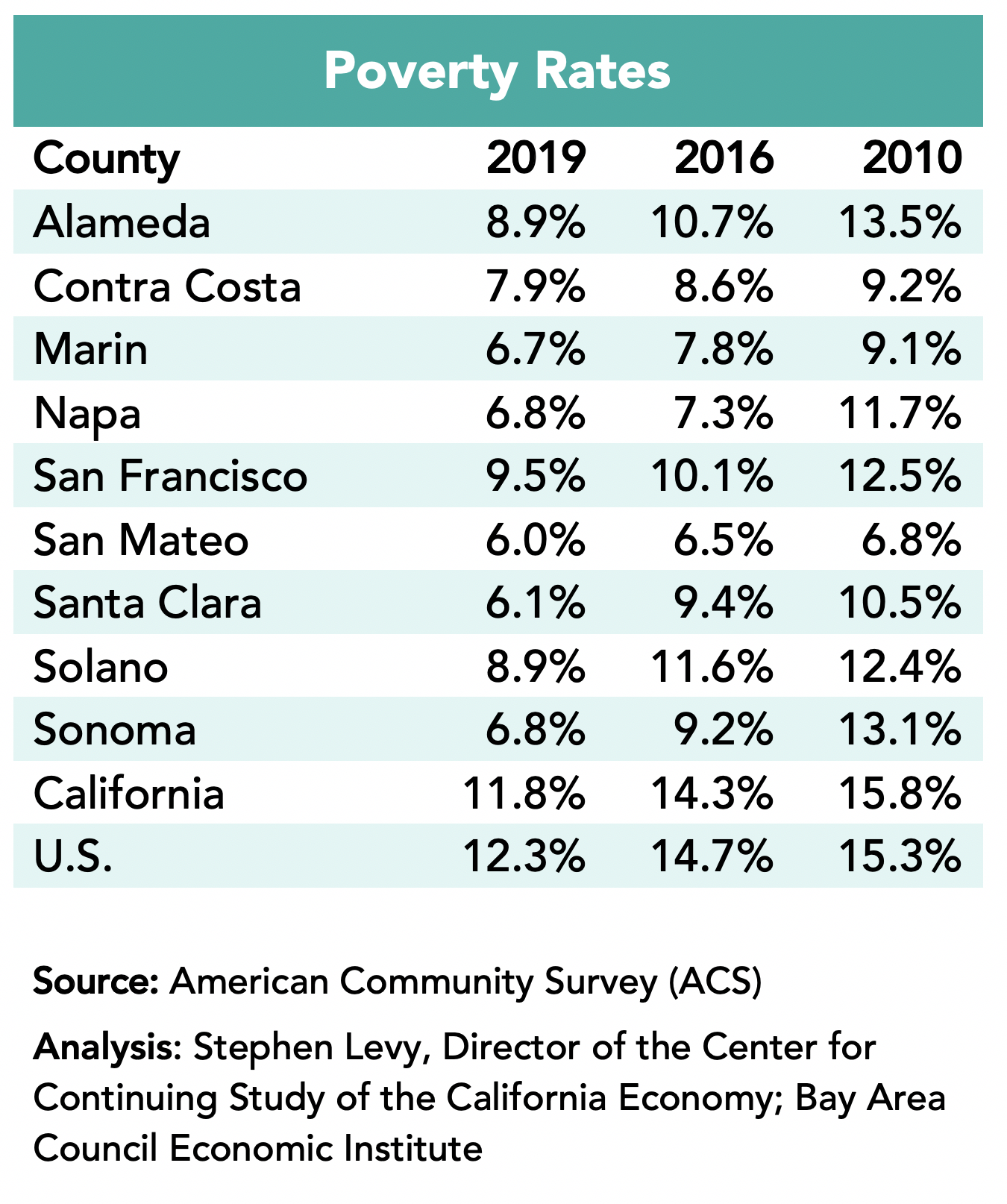 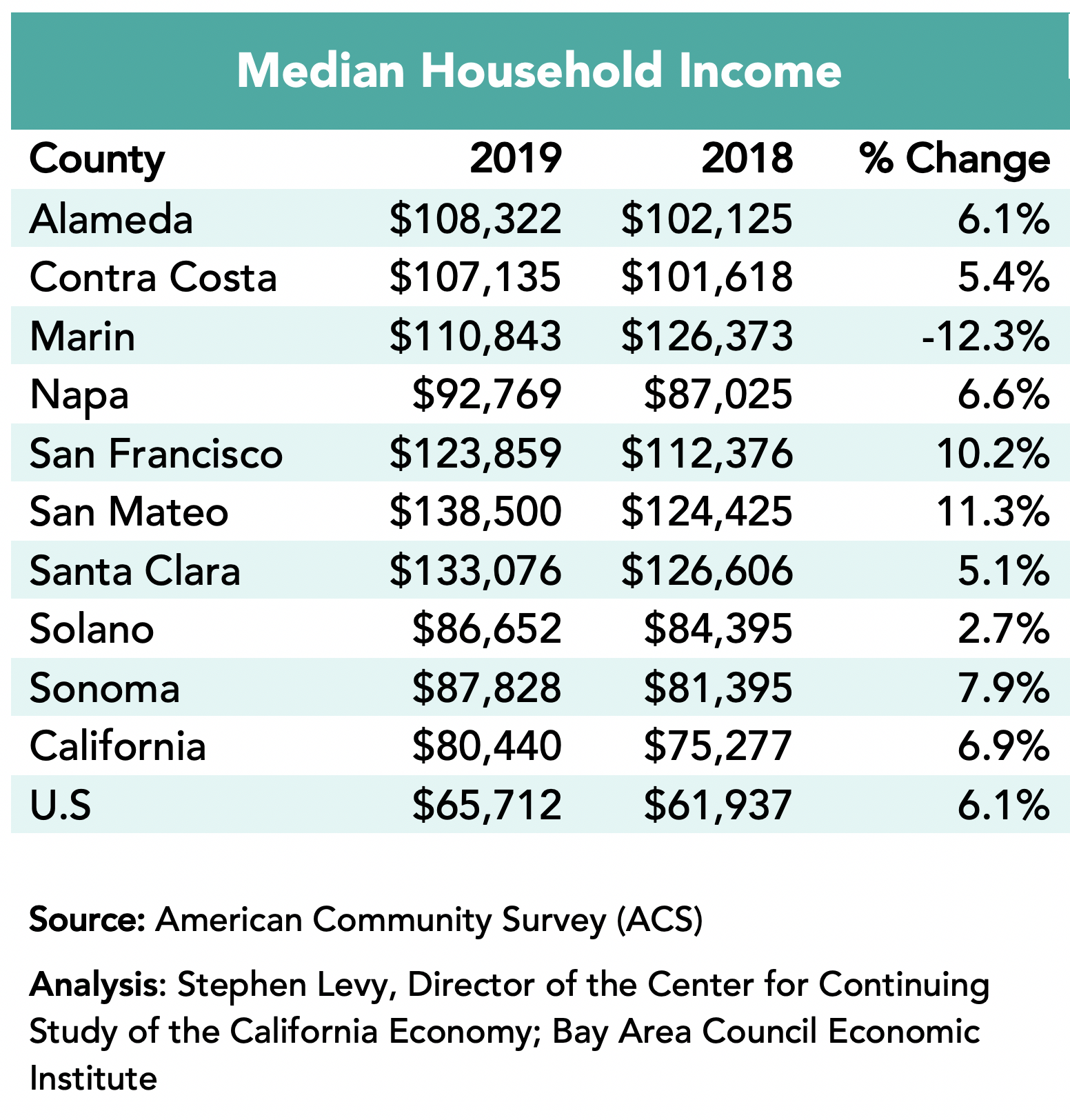 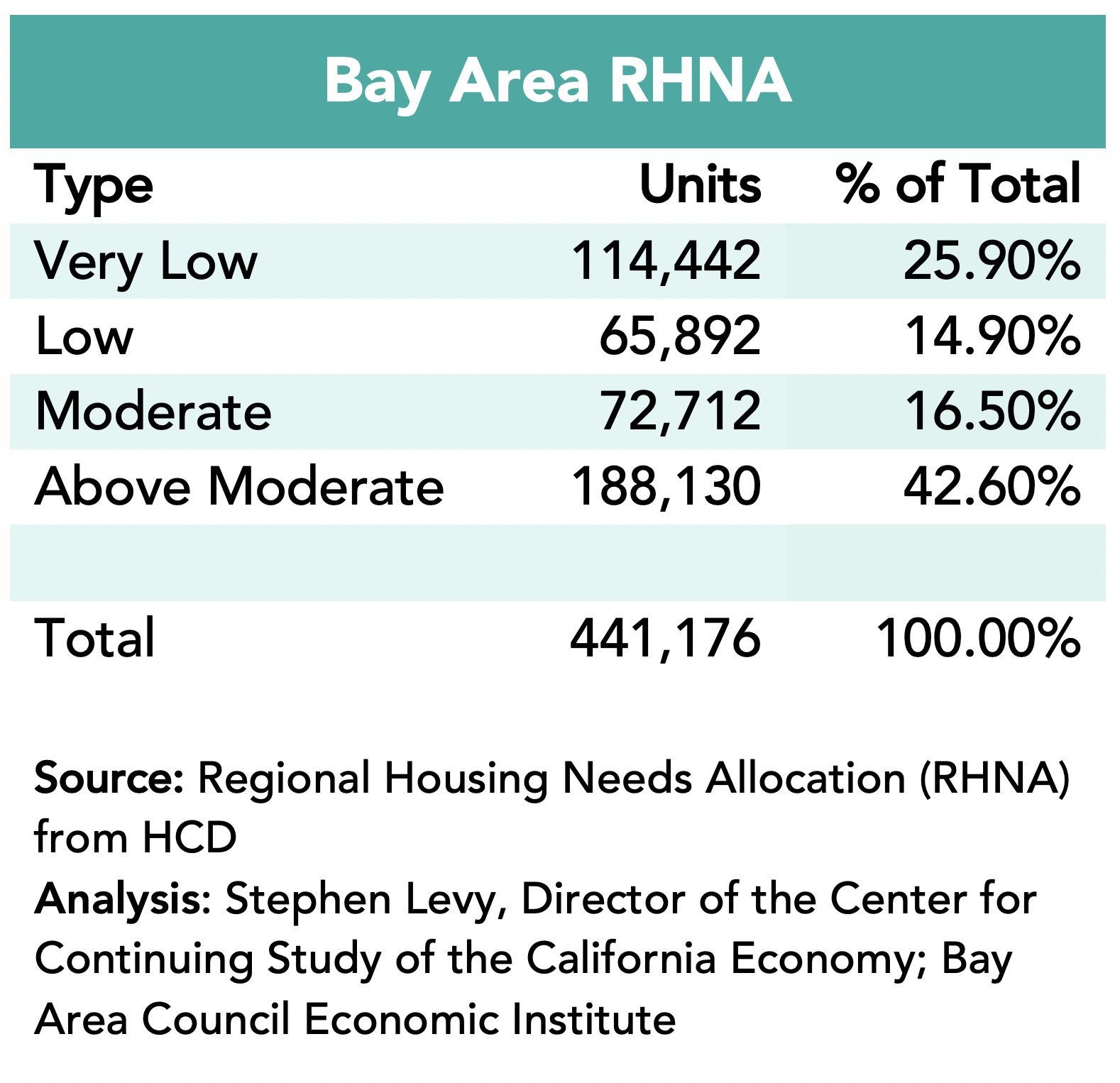 The details and city by city allocations are found in the meeting materials that can be found on the ABAG website.