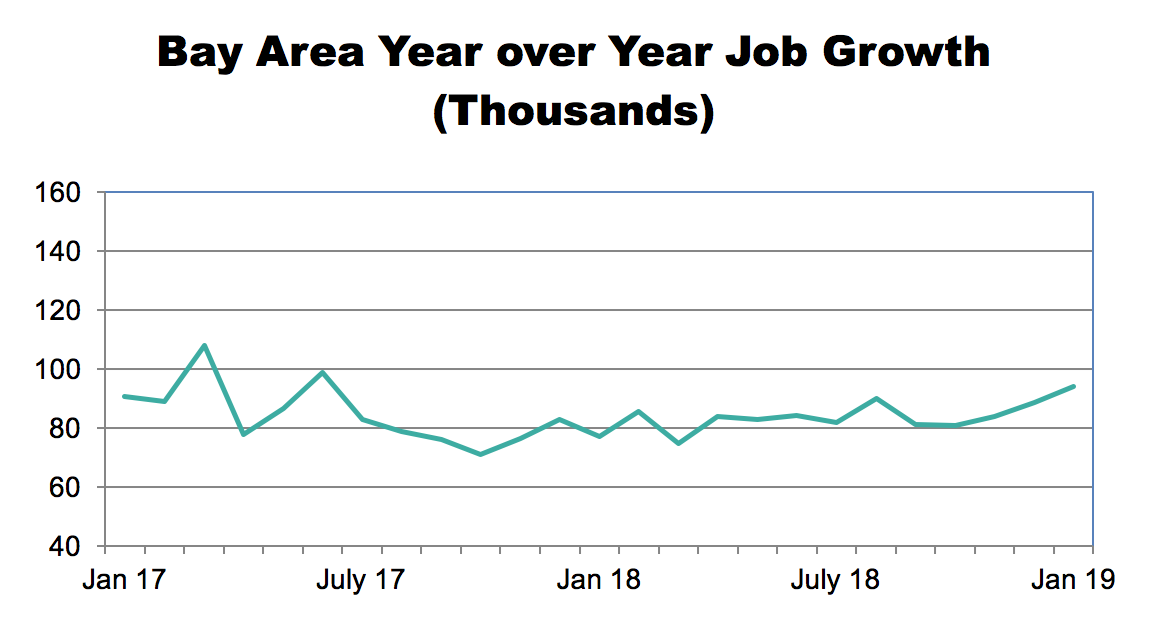 The highlights:
• Bay Area job growth surged in January led by tech and supported by strong labor force growth.
• The surge in labor force growth was the result of higher participation rates from existing residents while population growth slowed.
• Revisions to 2018 data showed 13,100 fewer jobs in December 2018 than previously estimated with declines in the San Jose and Oakland metro areas partially offset by an upward revision in the SF metro area.

Year over year job growth rose to 2.4% and the region outpaced the 1.9% growth for the nation. The 1.4% growth for California will likely be revised upward. 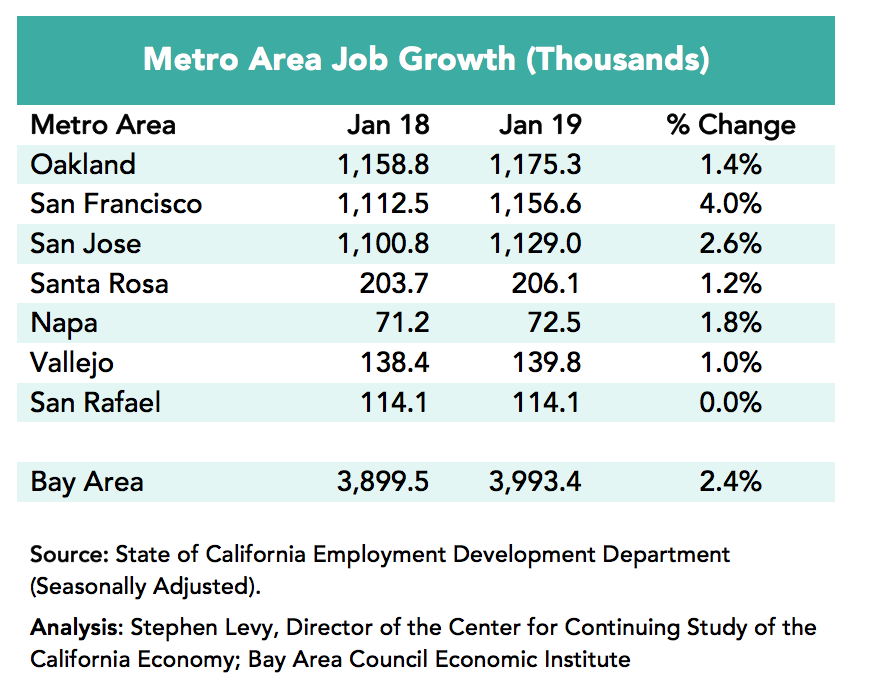 Unemployment rates remained low in January 2019 throughout the region but ticked up on a year over year basis for the first time in many years. The labor force grew by 115,000 even more than the 93,900 year over year job gain. 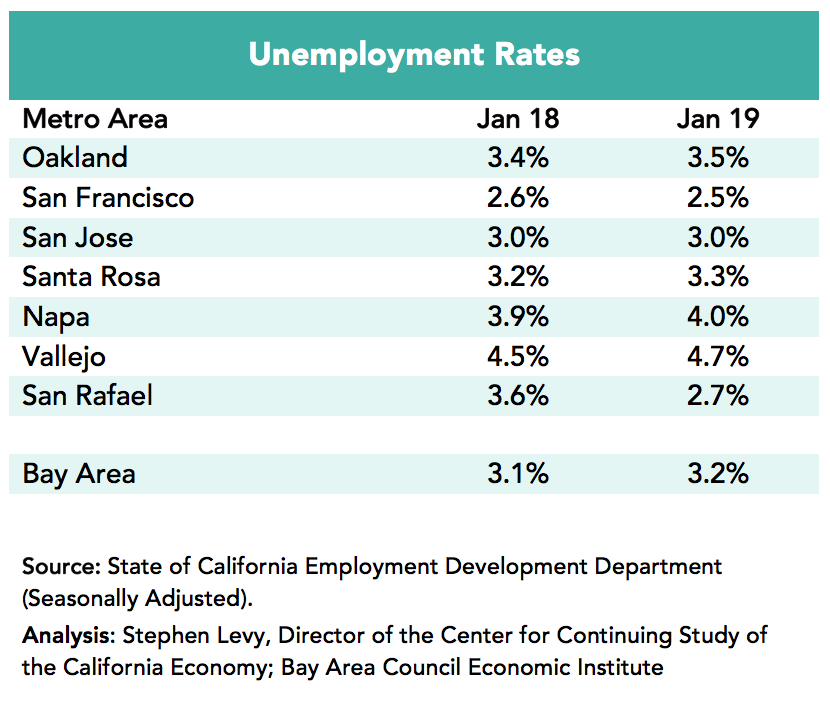 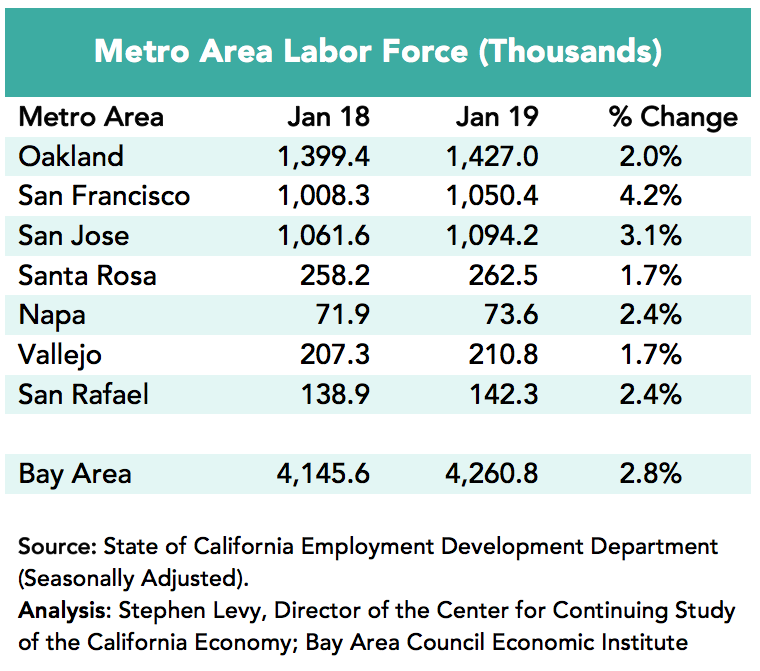 The labor force growth is good news for people who left the workforce and can now return. It reflects two trends—1) the strong job growth and need to find workers and 2) the decision by employers to look at potential employees they did not previously consider.

Year over year job growth has remained in a narrow range since early in 2017 supported by existing residents rejoining the workforce. This occurred despite slowing population growth and rising outmigration in the face of high housing costs.

The job estimate for the San Jose metro area was revised downward by 15,100 for December 2018 though the area still posted strong job growth for the year. The SF metro estimate was revised up by 12,100 jobs while that for the Oakland metro was revised down by 9,800 jobs. 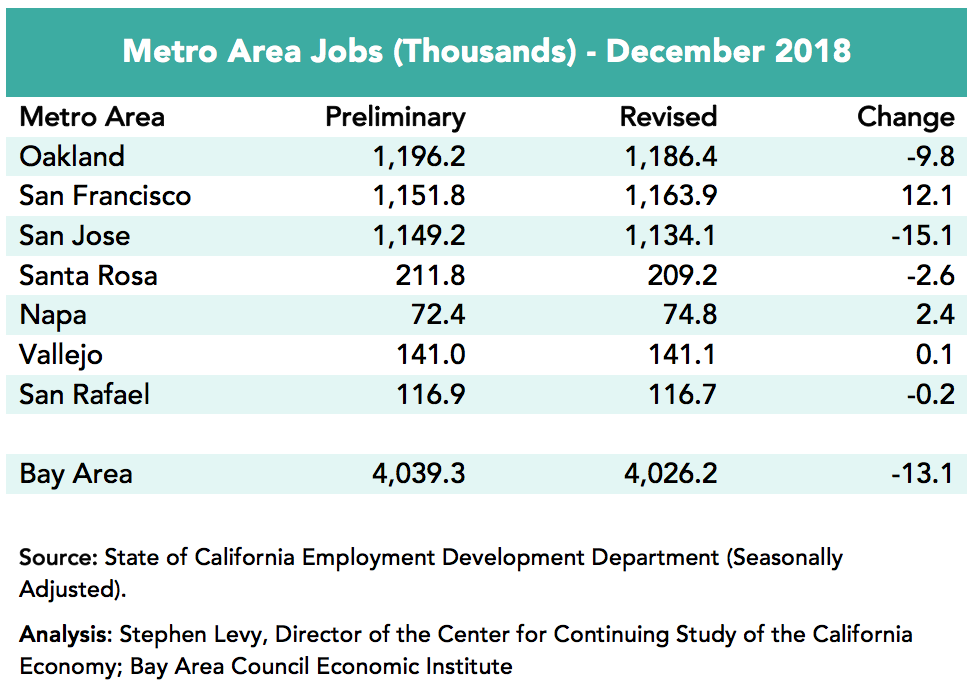 Housing permit levels continued an upward trend in 2018 though most of the gains came in the first six months of the year and in Sonoma County, site of the fire damage. Permit levels were up 14% in 2018 and were up strongly in January 2019. 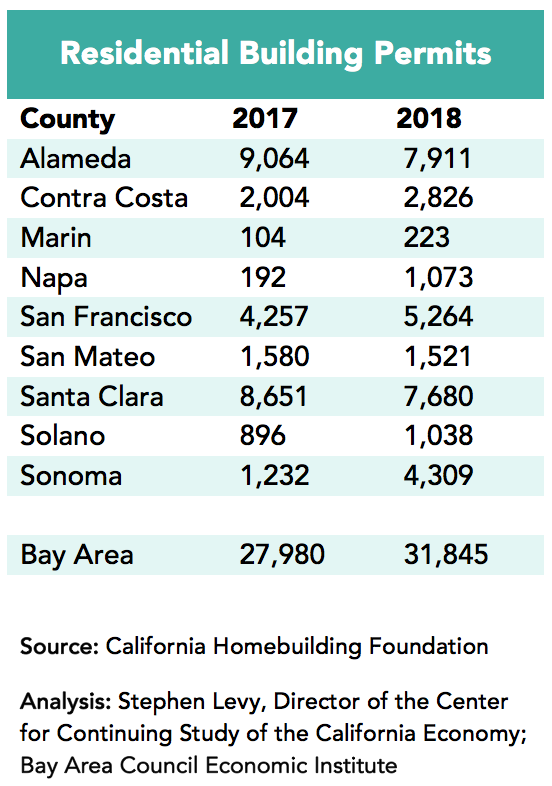 So the region will continue to struggle to find new workers as increasingly they will come from people moving to the region, which has become difficult given the housing shortage and high housing costs. The struggle to attract and house new workers will happen as 1 million Bay Area residents retire by 2030.