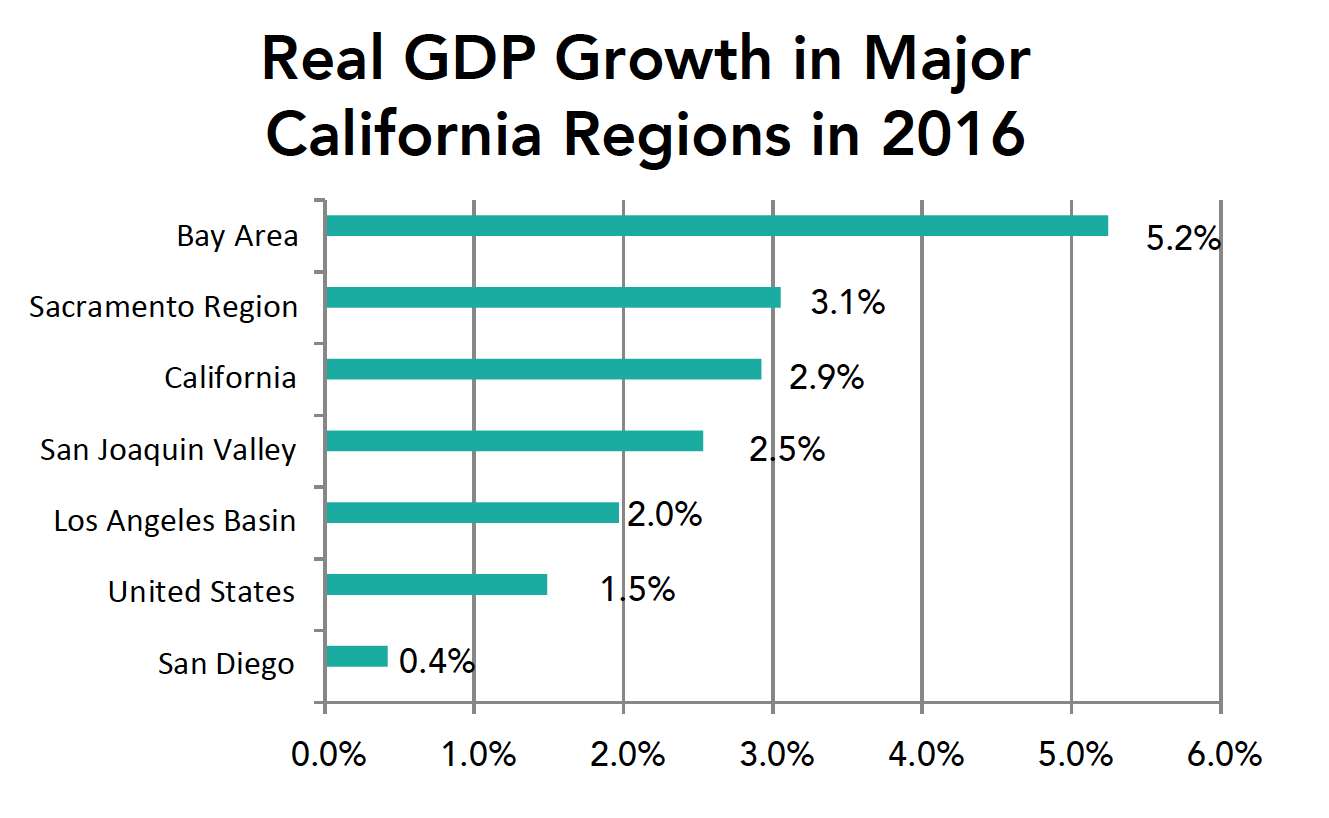 The Bay Area led California and the nation with a real (inflation-adjusted) GDP gain of 5.2% in 2016, more than 3 times faster than the national growth rate. The Sacramento region rebounded from years of slower growth to post a 3.1% real (beyond inflation) growth rate.

San Jose led all metro areas in California with a real GDP increase of 5.9% in 2016 led by gains in tech related sectors. The San Francisco-Oakland metro area was 2nd at 5.4% with gains in tech and finance.

2016 saw areas outside of the Bay Area with strong gains as these areas are now fully participating in the state’s growth. Fresno GDP grew by 3.4% led by gains in agriculture, construction, health care and government. The Bakersfield metro lagged as the oil cutbacks restrained growth.
The Sacramento metro area was led by gains in finance and professional services. The Ventura and San Diego metro areas lagged as a result of major declines in manufacturing GDP. 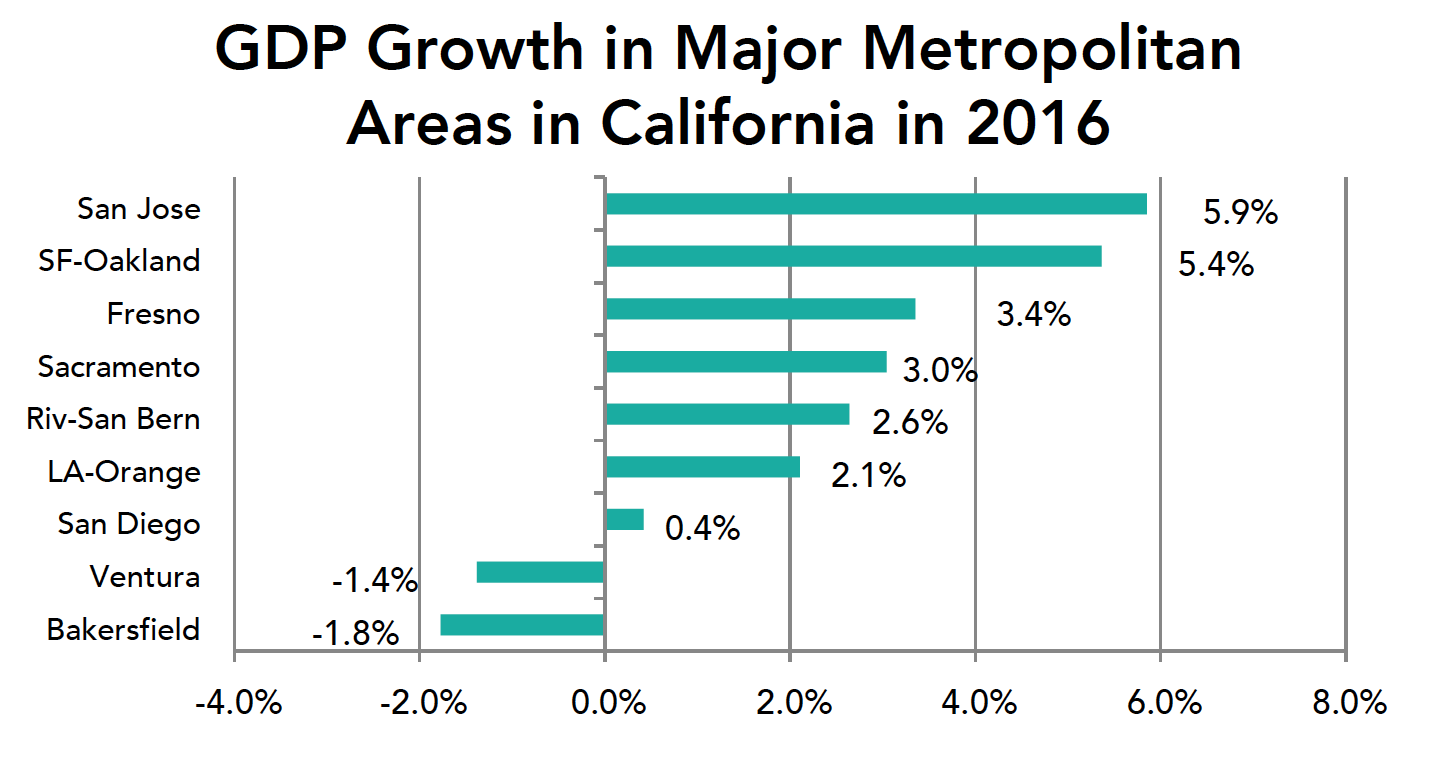 The LA Basin and Bay Area rank high in comparison to most states.

The five county LA Basin economy ranks behind only California, Texas and New York in 2016 with a $1.2 trillion dollar economy. The nine county Bay Area economy would rank 5th among all states (up from 6th last year) with a $781 billion dollar economy measured by the value of goods and services produced in each area. 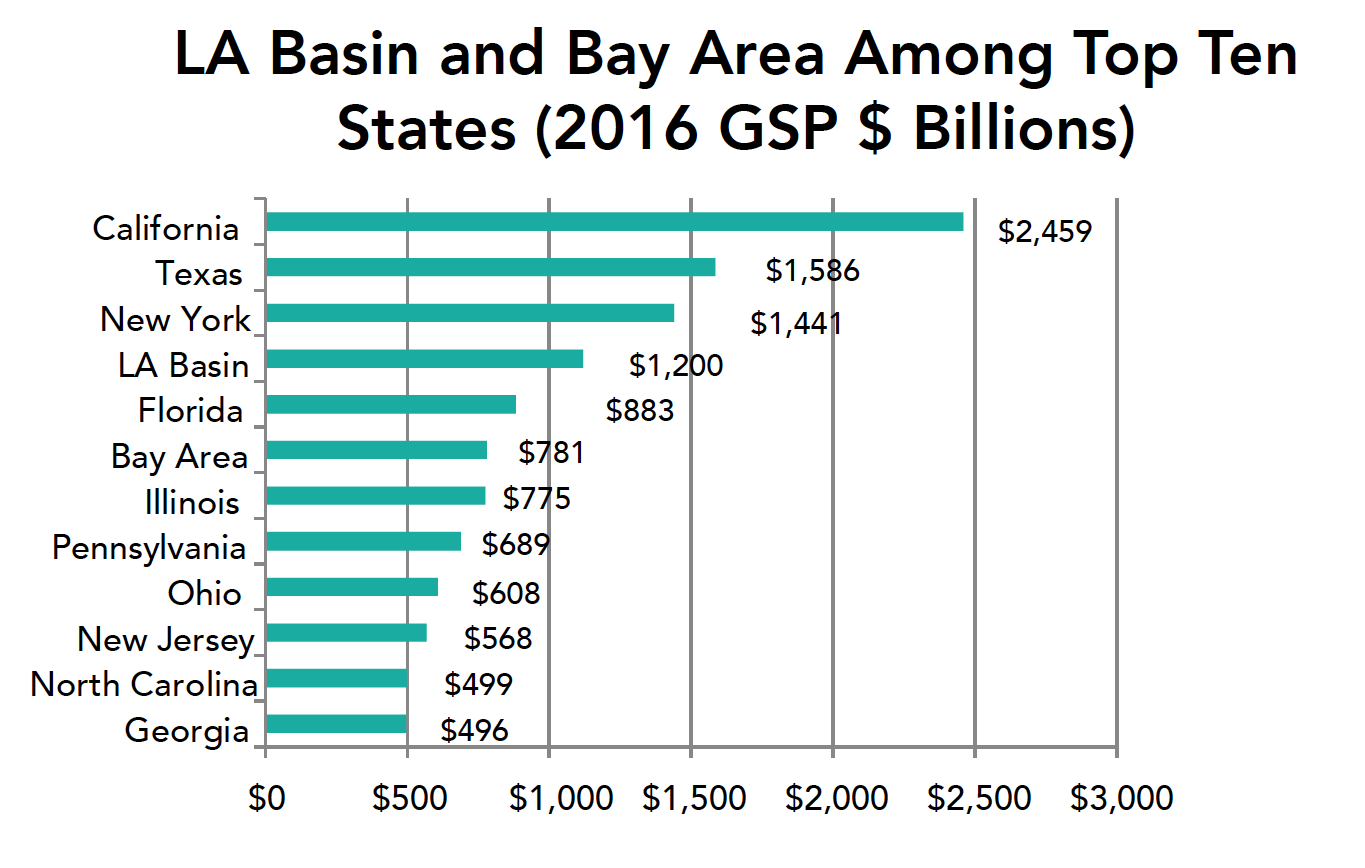 Where do California Regions Rank Worldwide?

The LA Basin economy would rank 15th (up from 16th last year) in terms of the output of goods and services behind Australia and ahead of Mexico. The Bay Area would rank 18th behind Turkey and ahead of the Netherlands. San Diego County would rank 44th behind Bangladesh and ahead of Portugal. The eight county San Joaquin Valley would rank 52nd behind Iraq and ahead of Algeria. And the six county Sacramento region would rank 55th behind Kazakhstan and ahead of Hungary. California and the regions were not counted as countries in these rankings. See the below on page 4.

2017 Update and Commentary
Job growth has slowed in the Bay Area and statewide so far in 2017. But job growth continues to spread to areas previously left behind including the Inland Empire, Butte, and many San Joaquin Valley counties.

The recently released ACS data remind us of two important points: 1) that though poverty is falling, it remains far above the levels we hope for and 2) that in most areas of the state it is high housing costs that push a large number of residents below the poverty level and that housing remains both an economic, equity and environmental challenge that we need to meet. 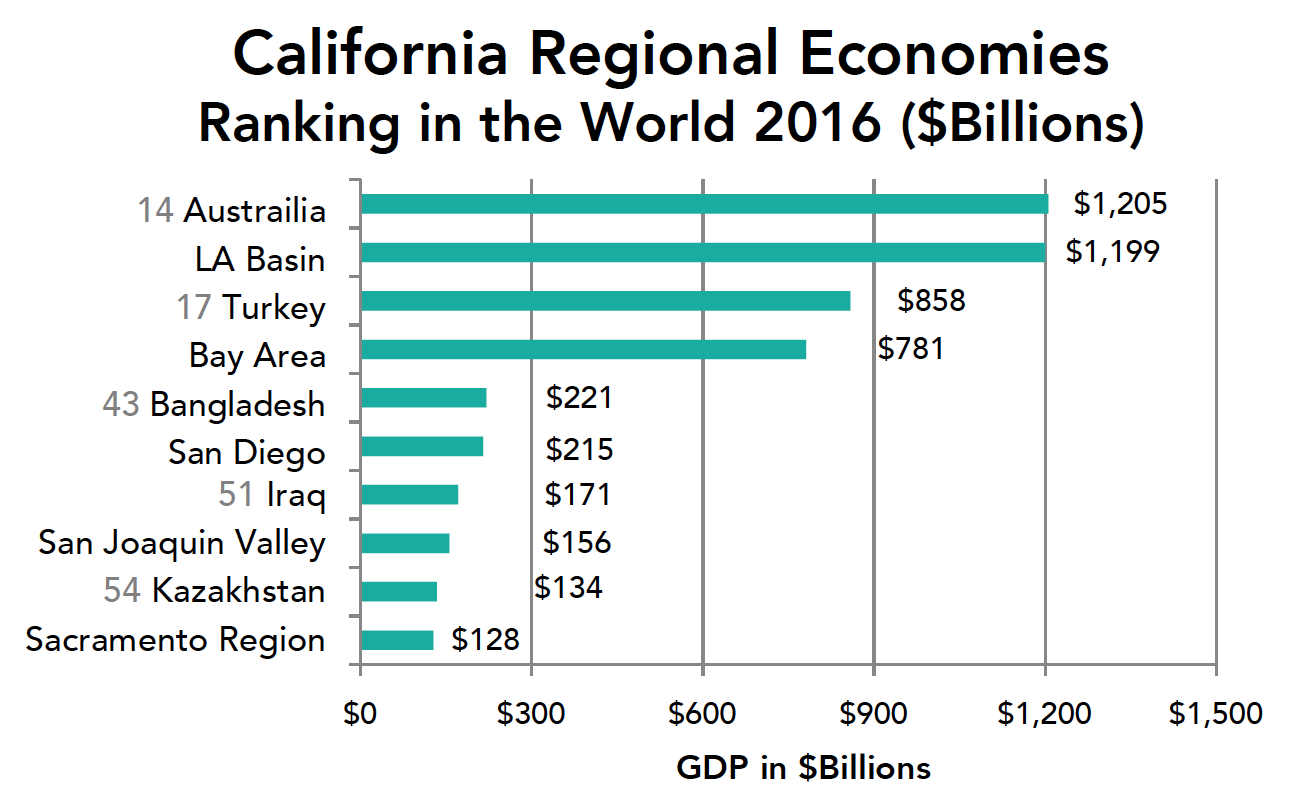