UC Merced Delivers on Its Promise 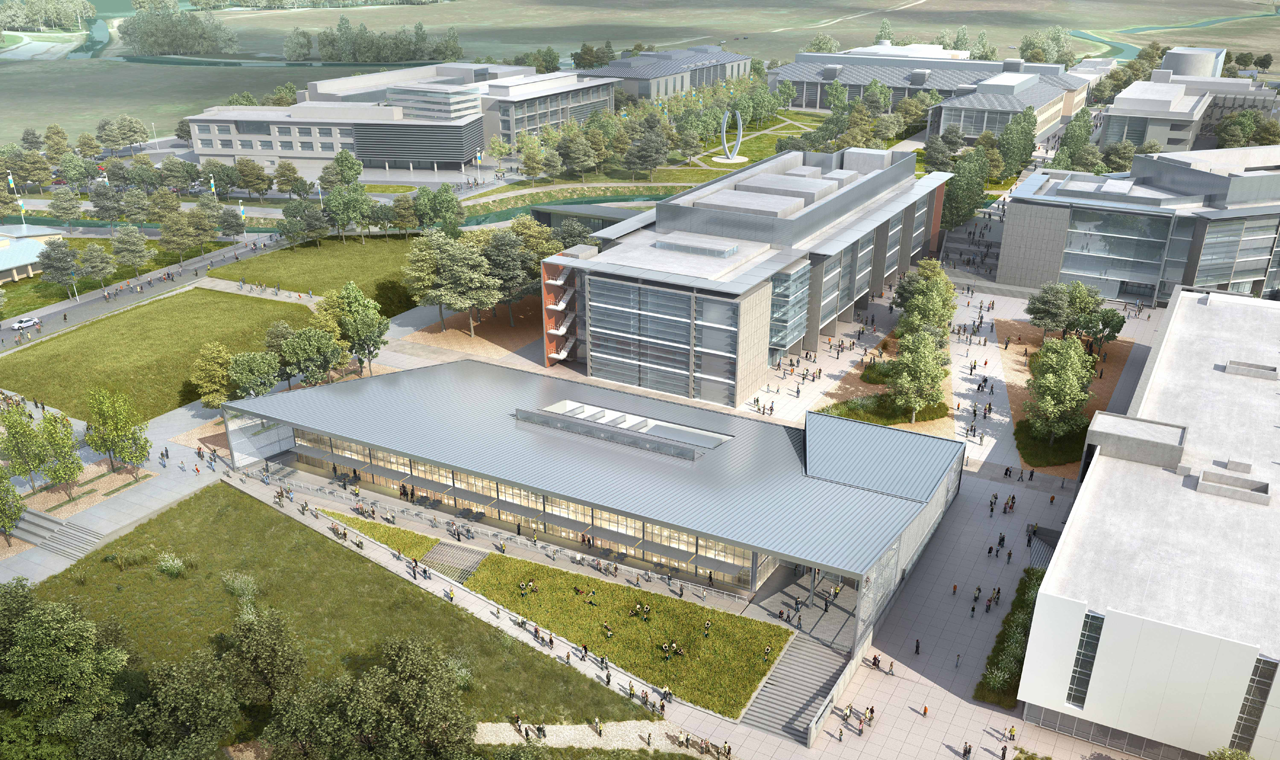 Last month saw the opening of the newest buildings in UC Merced’s Merced 2020 Project, which when completed next year will virtually double the size of the campus and expand the number of students it can accommodate from five to ten thousand. When Merced was selected as the home for the University of California’s tenth campus in 1995, many questioned the decision to put a major research campus in a small city in the heart of the Central Valley. But today that vision is paying off.

Two extraordinary things are happening there. The first, and most important, relates to students. With California’s minority population growing, Merced is opening an important pathway for increased social and economic mobility. Its campus has the most diverse student body of any UC campus: 73% are the first in their family to go to college, and 87% are minority. The majority of students, including 46% of women and 52% of Hispanic and African-American students, have STEM (science, engineering, technology and mathematics) majors. And significantly, many are beneficiaries of DACA. Even more impressively, despite its small size and young age the campus is tied for second in UC’s ten campus system, behind only Berkeley, for the percentage of undergraduates who go on to earn PhDs. This builds on a base of investment in research, where Merced is the youngest US university ever to receive a prestigious Carnegie R2 research classification.

The second remarkable achievement is the campus itself. Set amidst fields and open space, its modern structures mushroom from the ground. When the initial construction of the campus was complete and enrollment maxed out at 5,000, the question was how to finance and build its next phase. Public resources were unavailable, so incoming Chancellor Dorothy Leland turned to a public-private partnership. Under the arrangement with Plenary Properties Merced, a private sector consortium oversaw the project’s finance, design, and construction and will manage its 13 new buildings for thirty years. Design parameters evolved with the project, to meet the changing needs of students and faculty.

The 2020 project, which in August saw ribbons cut for two new academic buildings, was delivered on budget, from idea to opening, in eight years—a remarkable achievement given the prevalence of cost overruns and construction delays in many public sector projects. Ground was broken for construction in October 2016 and the project will be completed by August 2020. With an emphasis on sustainability, the new facilities are noteworthy in themselves: Merced is the only institution in the country where every building is LEED certified, with a Gold rating.

Success can be attributed to many factors: the vision and determination of now-retired Chancellor Dorothy Leland, a private sector team that was willing to collaboratively work through the inevitable issues that arise in a project of this scale, and the University of California’s Board of Regents, which authorized the public-private partnership strategy. Focus and flexibility was required at every stage, which is now paying off for the state and its students, who reflect California’s changing demographics.

There are several takeaways. One is that Merced is destined to play an increasingly important role in the Central Valley’s economic development, producing jobs, businesses, and graduates in the Valley and across the state who come from less privileged backgrounds but are smart, energetic, and only need the opportunity to flourish. Second is that when great projects are undertaken, leadership and vision matter. Another takeaway is that public-private partnerships, if well-planned and managed, offer an important opportunity to modernize and build the state’s infrastructure—bringing resources and expertise to the table to meet important social goals. Often they can be built and delivered faster, and at lower cost over their lifetimes, than traditional public sector projects. In a state with massive infrastructure needs but limited resources to meet them, more innovation is needed in how public infrastructure is developed. UC Merced—the largest and most innovative public-private partnership to develop social infrastructure in the nation—provides a model.

Sean Randolph is Senior Director at the Bay Area Council Economic Institute, and co-author with Will Hewes of the recent Institute report Public-Private Partnerships in California: How Governments Can Innovate, Attract Investment, and Improve Infrastructure Performance.