COVID-19 and the Latest Data on Unemployment Claims 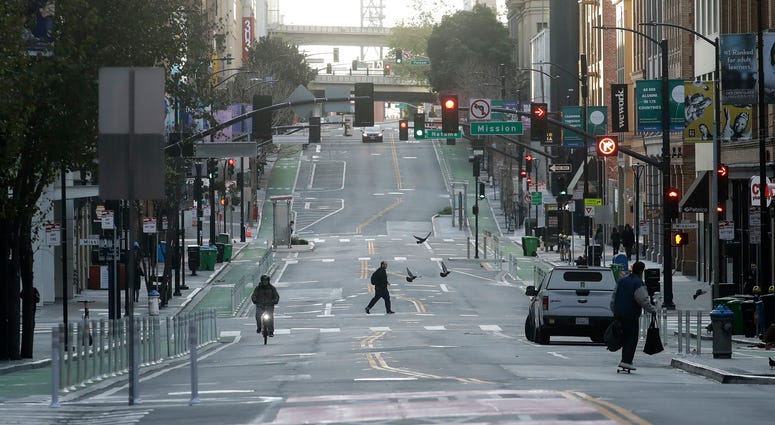 Data released this week by the U.S. Department of Labor shows the first major impacts of the COVID-19 pandemic on the economy. While markets have been volatile for weeks—pricing in the possibility of broad spread of the virus and a possible recession—preliminary employment numbers for early March paint a picture of the actual economic contraction. 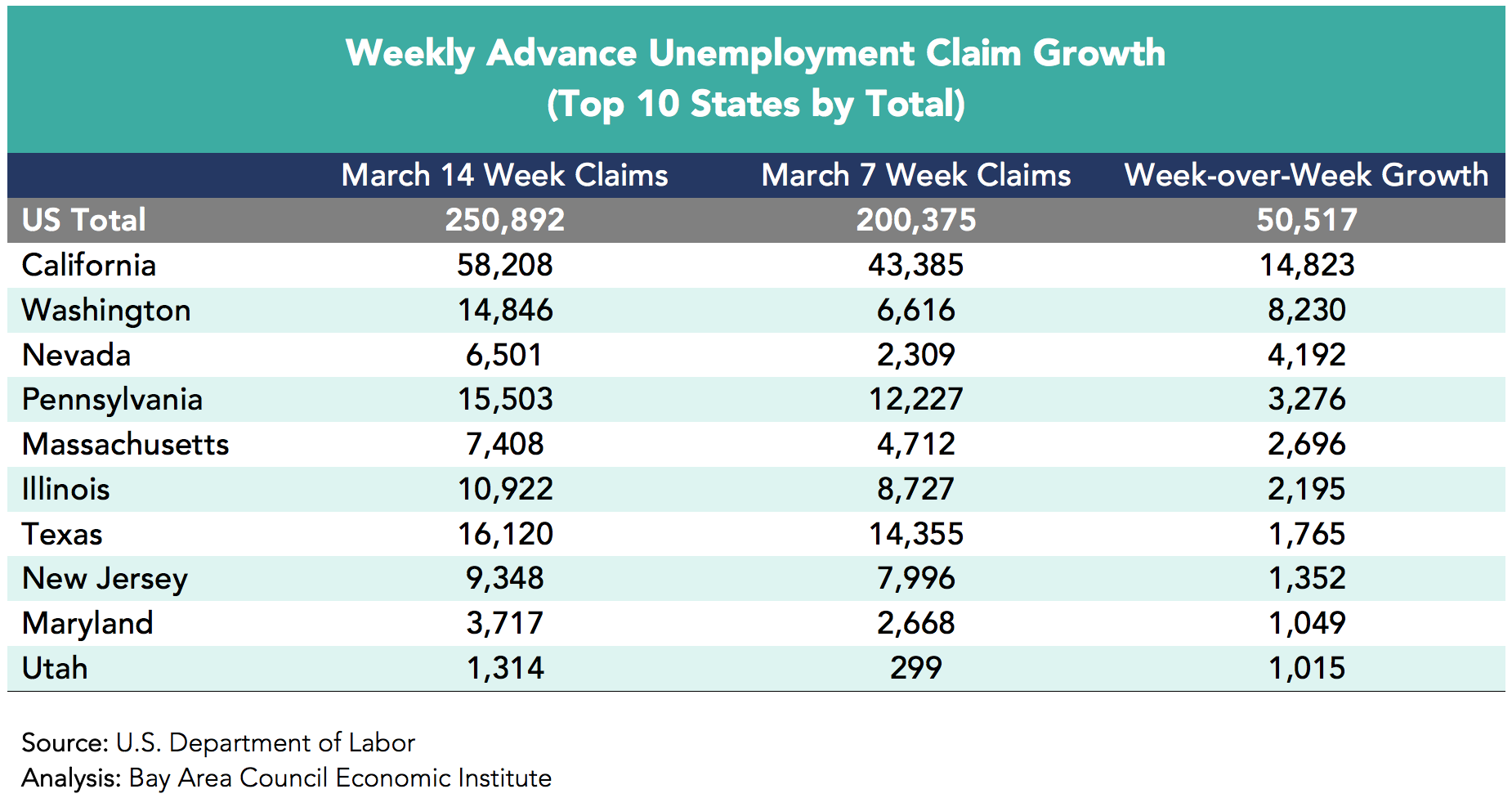 While the data through the middle part of March paints a picture of a relatively slow increase in unemployment in California, recent statements from the governor’s office portray a much more alarming level of job loss in the current week:

• According to estimates compiled by the New York Times, new unemployment claims in California in the week ending March 21, 2020 have already topped 190,000.

• New unemployment claims at this level would be the highest since record keeping began in 1987.

The pace of job loss is what will make this crisis especially unique; as such, it is not yet possible to know the industries that have been impacted most. However, the decline in travel and shelter-in-place orders across Northern California are already taking a toll on airlines, hotels, restaurants, and other businesses connected to leisure and hospitality:

• According to Foursquare, foot traffic in the Bay Area’s three major airports on March 13, 2020 was 25% lower than in mid-February.

• The shelter-in-place order has also pushed restaurants to offer only delivery or carryout options, and it is likely that consumers have shifted their food purchases to grocery stores as concerns over the spread of the virus grow. Downloads of Instacart, Walmart’s grocery app, and Shipt increased 218%, 160%, and 124%, respectively, last week compared with a year prior, according to Nielsen data.

In the coming weeks, the Economic Institute will continue to aggregate and analyze pertinent economic data points as they are released. The team is also trying to understand the broader economic shifts that will remain after this crisis passes. How do companies think about global supply chain risk management post-COVID-19? Do work from home policies become ubiquitous? Does the automation of certain jobs in the service sector slow recovery? Using the Bay Area Council’s corporate membership and the Economic Institute’s thought partners, we will be releasing a series of short papers over the next month that explore these issues, and more.