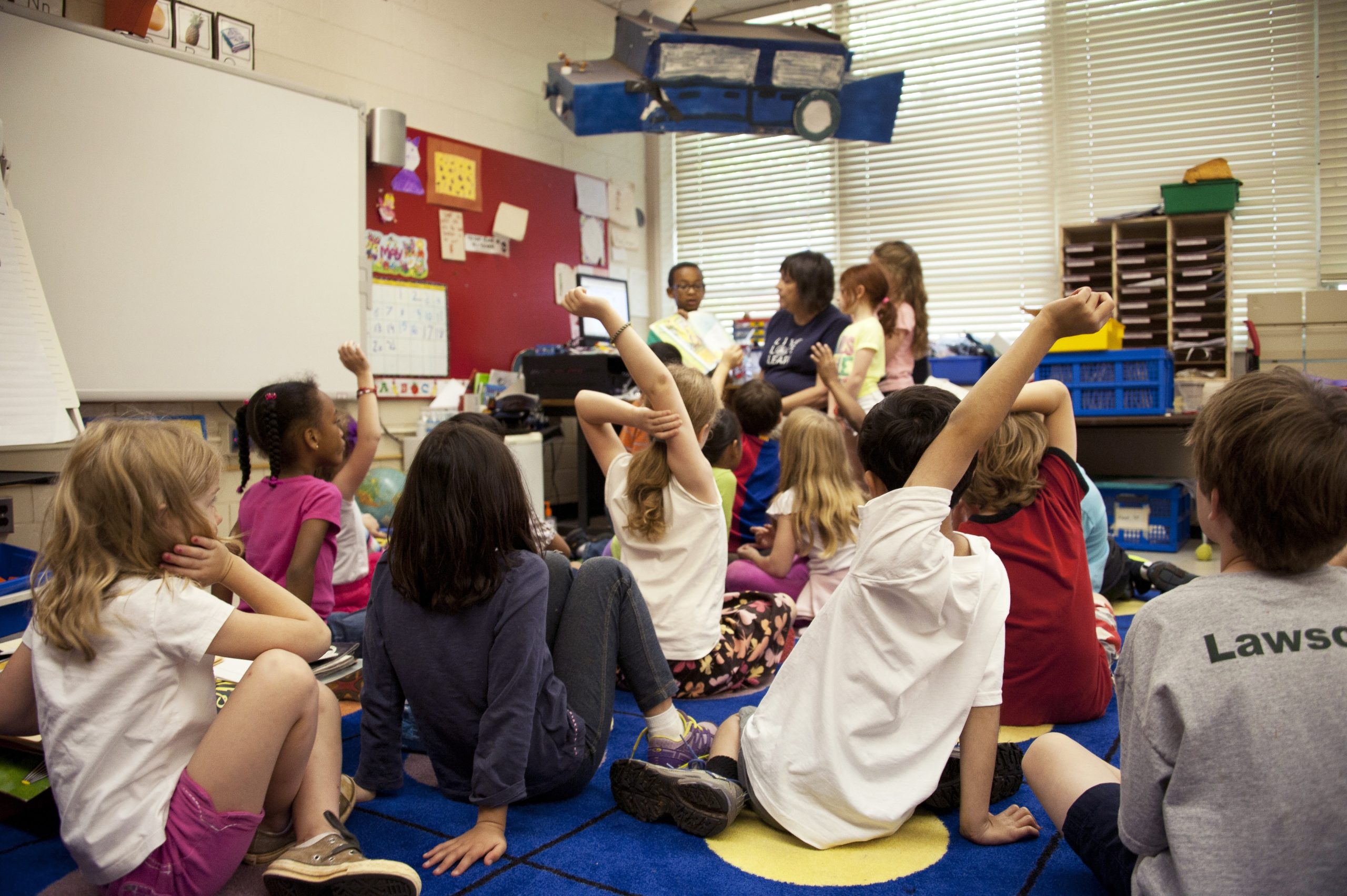 The foreign-born population is larger in California than any other state or the United States at large, and multilingual children represent 40% of the state’s public-school enrollment, a number that only continues to grow among the state’s youngest children. Unlike programs that have traditionally pushed students to learn English above all else, programs designed to support students’ home languages in addition to English– also know as multilingual programs – are increasingly gaining support. In our report, we find that supporting multilingual learning among California’s youngest children can improve educational outcomes, boost household incomes, and give California companies the edge needed to compete on the world stage.

Bilingual educational programs typically take one of two forms: transitional and multilingual learning. Transitional bilingual programs have long been the preference for bilingual instruction. These programs are designed to temporarily support English learners’ home language as they become accustomed to English-dominant instruction. As they achieve English proficiency, native language instruction is gradually phased out of instruction. This model, therefore, does not further advance students’ home languages. Multilingual programs, on the other hand, elevate students’ home languages, enabling them to become bilingual, biliterate, and bicultural. They are also more successful at narrowing academic achievement gaps between English learners and English native students than transitional education programs.

There is a clear and growing need for a bilingual workforce

Many industry sectors and businesses are creating more and more job opportunities for bilingual individuals. What was once viewed as a deficiency is now seen as an incredible asset for interpersonal sectors engaging with local communities of non-English speakers, as well as businesses looking to interact with the global marketplace. Recent studies have shown that businesses in sectors that require interpersonal skills – such as healthcare (nursing, medical assistants, mental health counselors), leisure and hospitality, and sales – prefer to hire multilingual employees.

Using data from a labor market analytics tool that web scrapes millions of job postings each week, the chart below shows the increase of total job postings in California that requested applicants with bilingual skills from 2010 to 2020. Postings for bilingual skills nearly quadrupled from 23,000 postings to over 96,000, growing at a faster rate than postings overall.

What are the long-term implications of multilingual learning programs?

Multilingual children from low-income families perform better on a number of verbal and nonverbal tasks than their single-language counterparts, underscoring the value of investing in multilingual childhood education to raise children’s lifetime income profiles. In terms of earning potential, while we cannot quantify the difference in incomes of adults who participated in different language immersion programs as children, we can evaluate differences in income between non English-speaking households, and households that speak both English and another language at home. For the bottom 20% of earners, median earnings are mostly comparable between these two groups. As households move up the earning spectrum, however, disparities widen between linguistically isolated and non-linguistically isolated households, with a pay gap of over $100,000 for the top 20% of earners. This gap represents a rough estimate of a multilingual learner’s earning potential when given the opportunity to reach English fluency, as well as maintain speaking a non-English home language.

California has the unique opportunity to foster early language skills in its 2.4 million multilingual children by implementing more multilingual programs across the state. Critics cite early evidence of multilingual instruction as detrimental to academic success, but as our study shows, there is increasing evidence that these essential programs do not come at the cost of academic performance in other subjects. Multilingual instruction allows students to celebrate their home language while achieving English proficiency, ideally at a young age. This principal benefit is lacking in traditional bilingual programs, which prevents true multilingualism, a skill increasingly in demand across multiple industry sectors and regions.