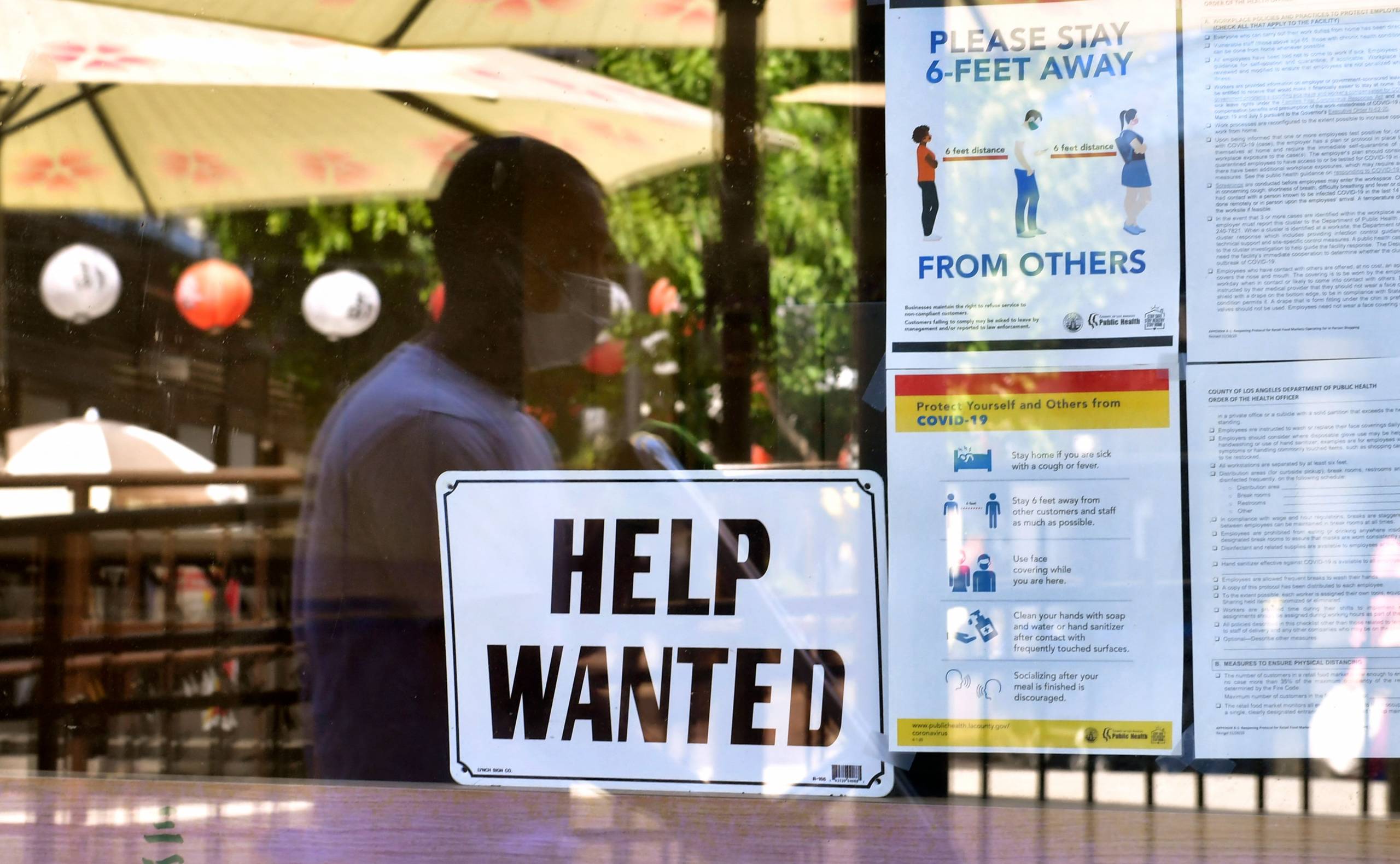 Last week, we highlighted San Francisco’s difficult road to recovery. Two years and five months after shelter-in-place orders were first implemented, the city is still down over 32,000 jobs, exhibiting one of the slowest economic recoveries in the nation. Oakland and San Jose have fared slightly better but have struggled to fully recover. While San Francisco continues to be the focus of local and national press for its flagging recovery, its unemployment rate is one of the lowest in the nation and now stands at an impressive 2.1%, exactly what it was in February of 2020. So how can San Francisco be down over 32,000 jobs yet back at “full” employment? 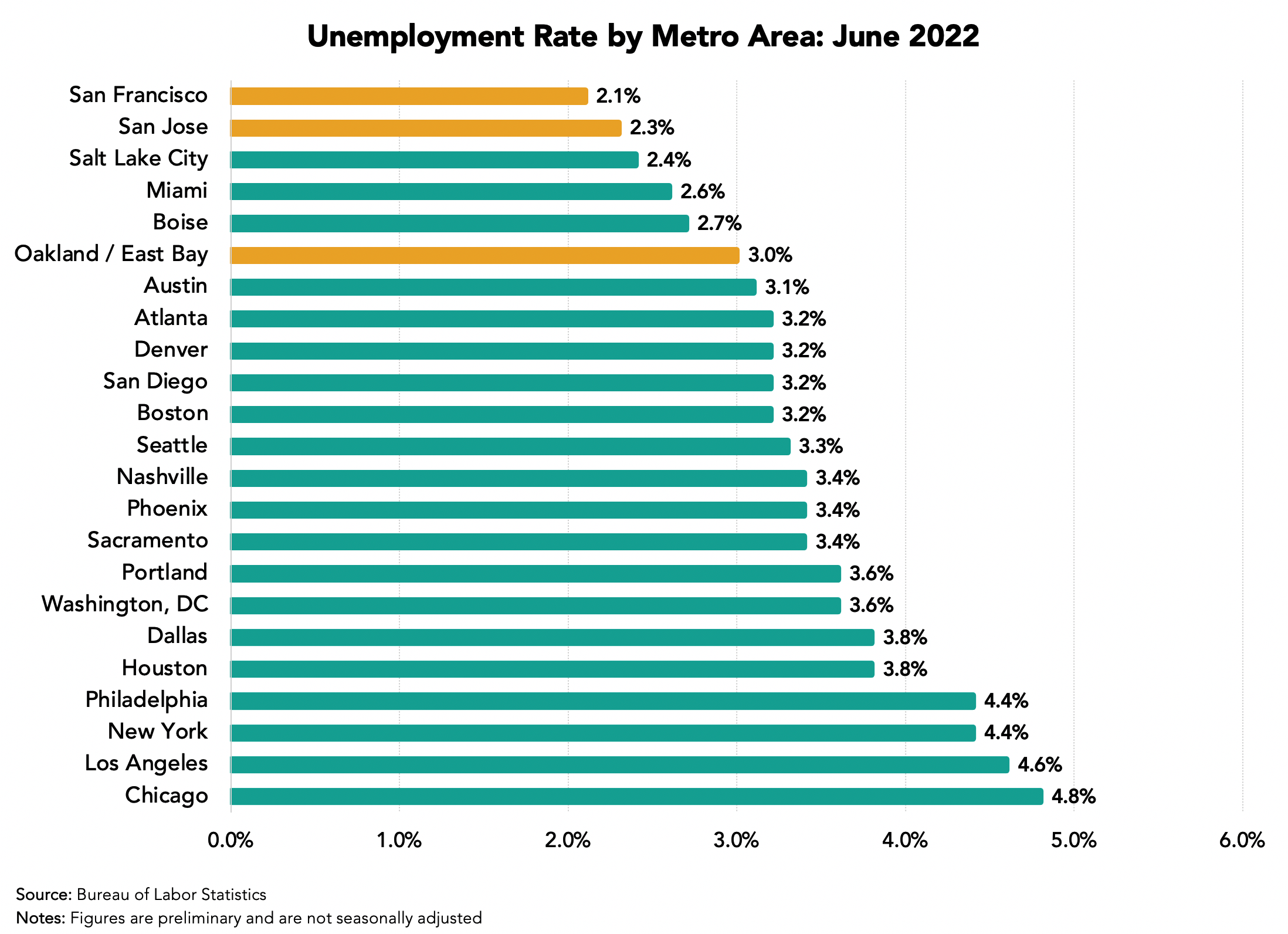 The unemployment rate is the number of unemployed people as a percentage of the labor force, giving citizens and policymakers alike a quick way of gauging the health of our economy. Importantly, however, the number of unemployed only includes those actively looking for work, not the entire population of a region or even those of working age. People drop out of the labor force for a variety of reasons, including returning to school, retirement, or staying home to care for children or sick loved ones. In San Francisco’s case, nearly 43,200 individuals have chosen to leave and remain out of the labor force for one reason or another, contributing to the city’s near-record low unemployment rate but also its meager economic recovery. The story continues across the region: Oakland has experienced an even larger movement of individuals out of the labor force, losing 44,600 people, while San Jose has lost 26,200. 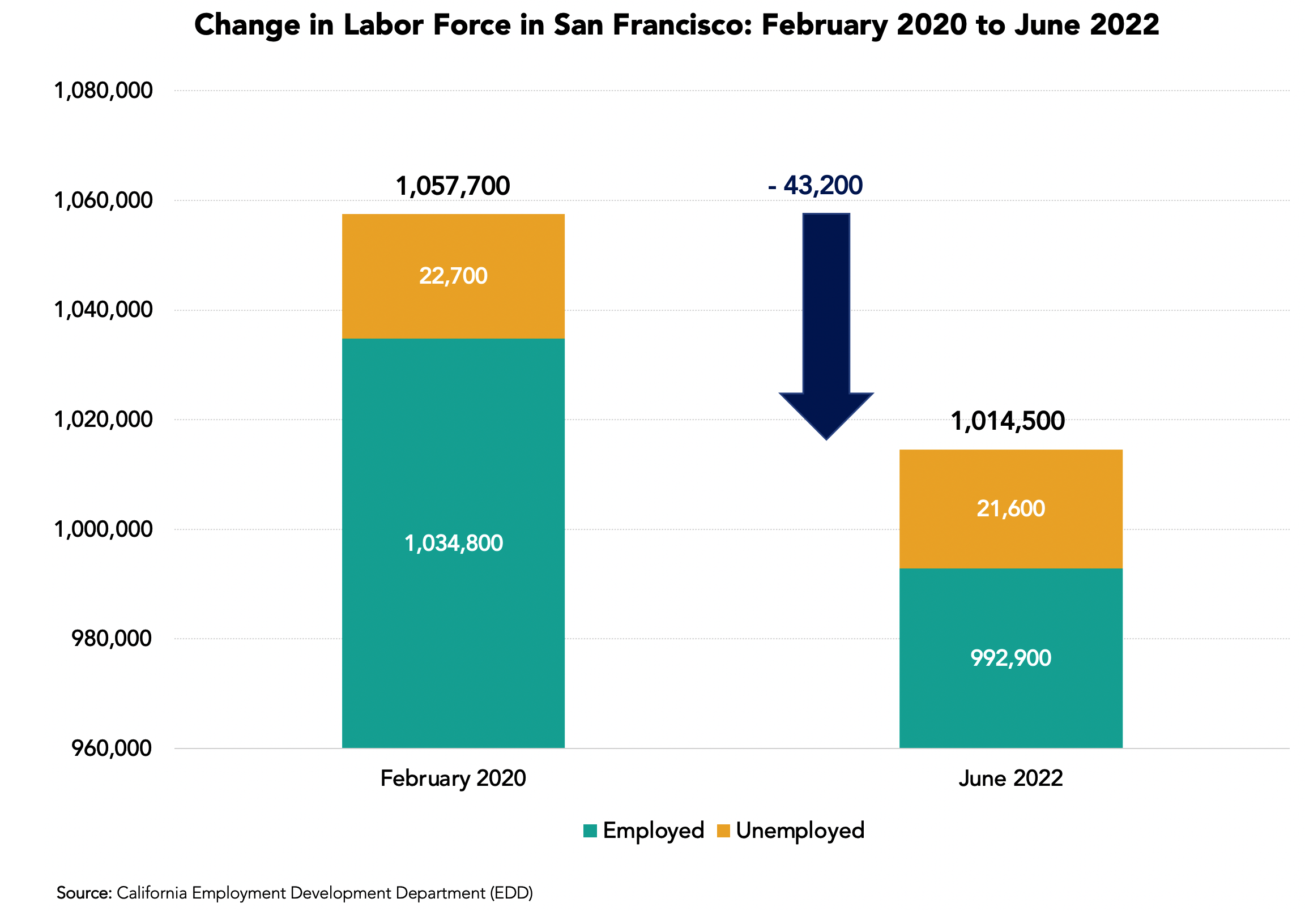 So where has the region’s labor force gone?

Access to talent has long been one of the key reasons startups and established companies alike choose to locate in the Bay Area. Whether it be from immigration, domestic in-migration, or natural growth, economically competitive regions are generally growing regions. The loss of 114,000 individuals from the workforce of our three largest job centers, and 144,800 from our region in total, does not bode well for the future of the region’s economic competitiveness.

If you’ve been following San Francisco’s recovery in the news, this all might not be a complete surprise. The region has some of the highest shares of remote-eligible jobs in the country, has experienced what has been dubbed an “exodus” of individuals moving out for better quality of life and affordability, and has some of the most cautious citizens in the country when it comes to COVID-19 protocols. And the simplest answer might be the right one: new data from the California Department of Finance estimates 135,000 residents have left the Bay Area over the last two years, a question we will examine in next week’s Bay Watch.