The Bay Area posted modest but disappointing job gains since March. At the same time VC funding is strong, people are reentering the workforce and housing permits have begun to rebound. The U.S. economic outlook and federal policies have improved with positive implications for our region. The Bay Area still faces challenges in housing and other areas that affect our economic competitiveness and, in doing so, reduce our ability to meet equity and environmental goals.

• The Bay Area added 119,300 jobs between January and July 2021 and the regional unemployment rate fell from 6.6% to 5.7%. Job gains were led by the San Francisco and San Jose metro areas and a rebound in the restaurant and tourist sectors.

• The U.S, and Bay Area economic outlook has been upgraded by the $1.9 billion COVID relief package, the likely passage of a major infrastructure package, and positive movement on the safety net and environmental investments and the possibility of more favorable immigration policies that all play to Bay Area strengths. 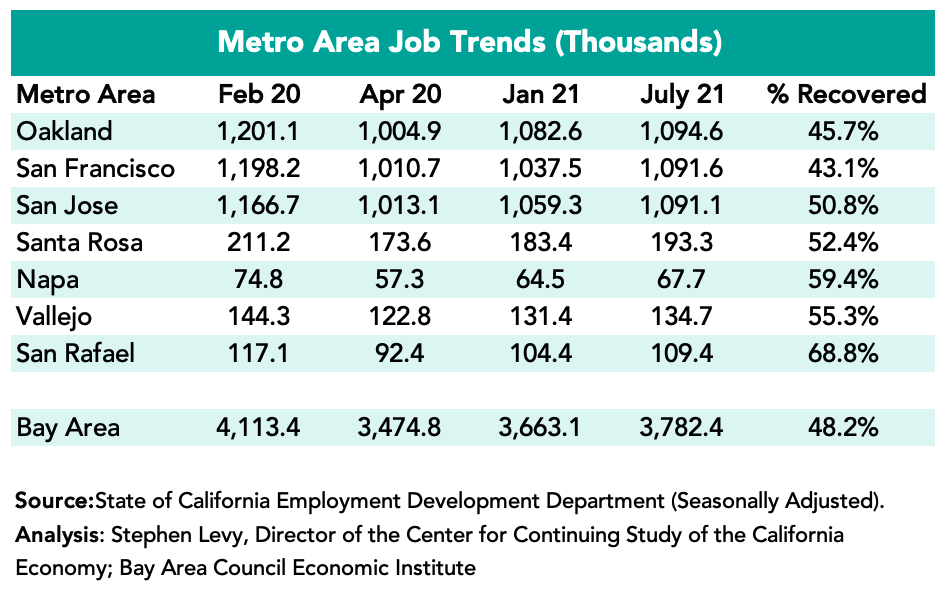 The Bay Area Had Recovered Just 48.2% of Lost Jobs by July 2021 Yet VC Funding is Surging and Residents Are Rejoining the Workforce 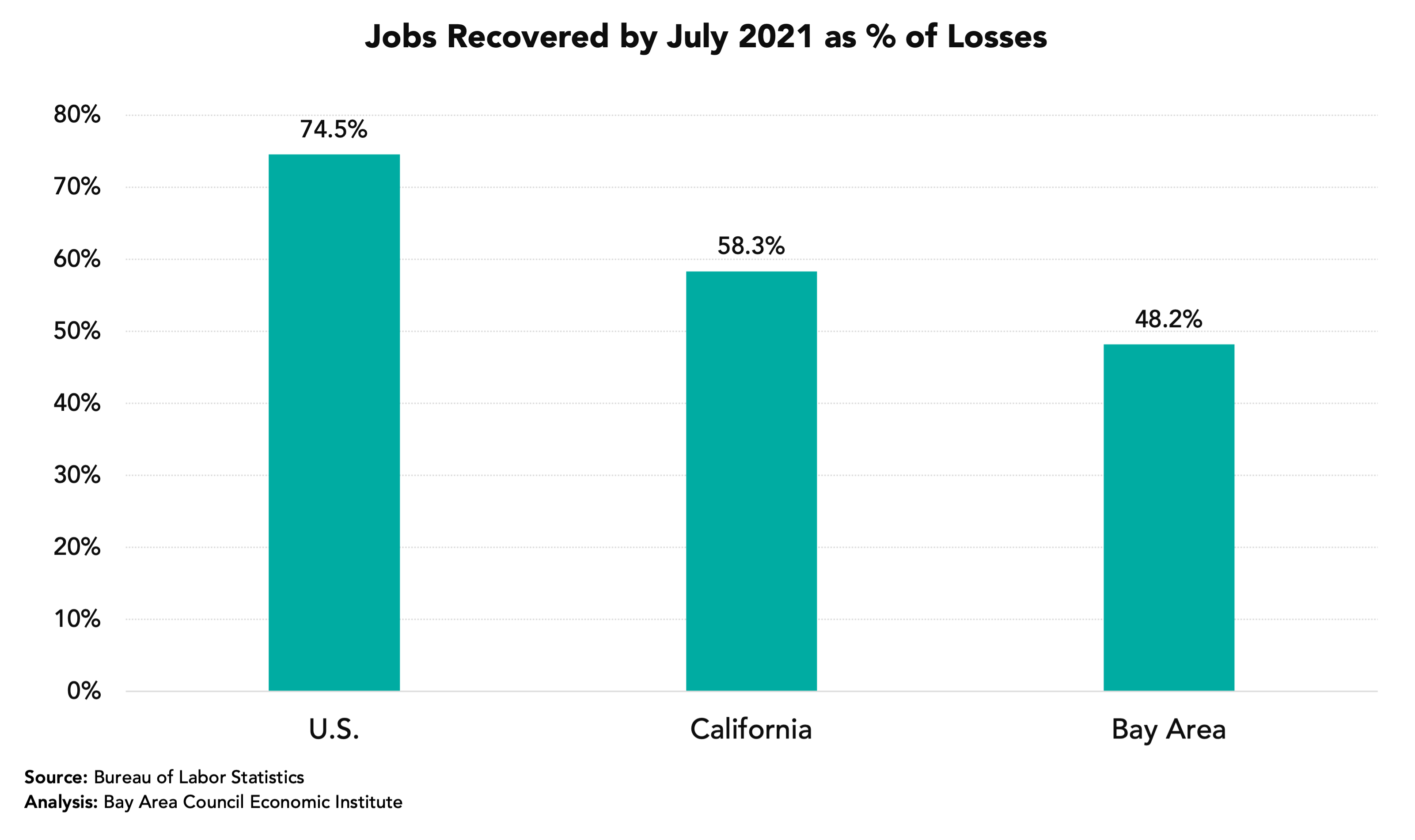 Since January 113,300 residents have rejoined the labor force in the Bay Area with the largest gains in the SF and SJ metro areas. There is more catch up to do and we should see more gains when the September and October data that reflect school openings and, possibly, the end of extra UE benefits come out. 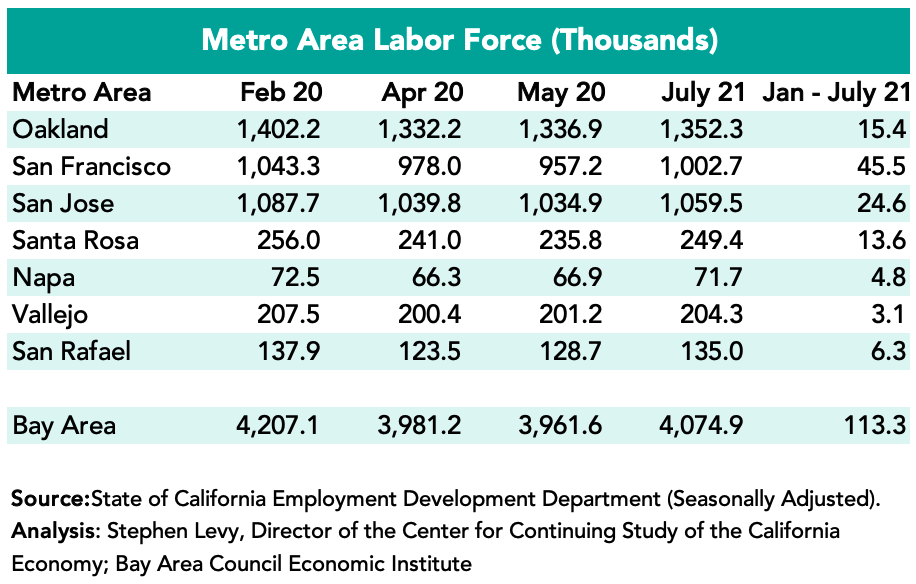 The lowest rates were in the San Rafael metro area (4.5%) followed by the San Francisco and San Jose metro areas in July 2021. Unemployment rates jump in the summer months and then fall in September normally. Bay area rates are well below the state 7.6% UE rate. 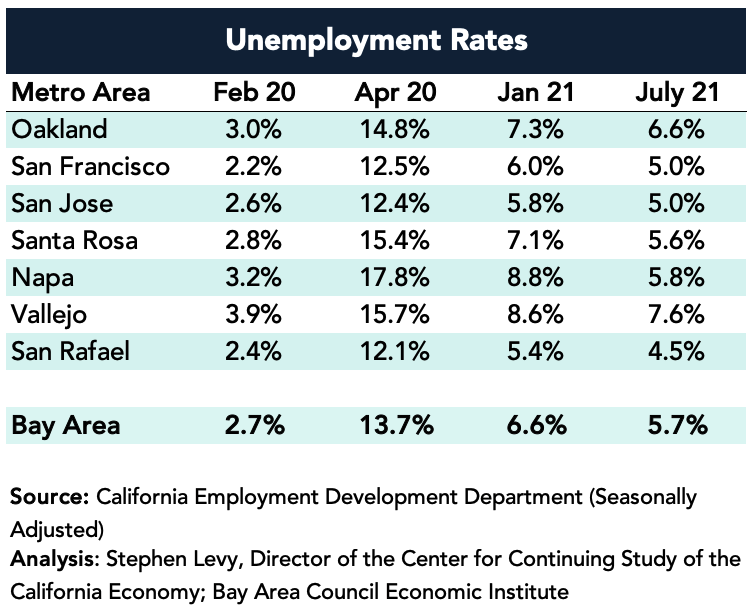 The Information sector actually added a small number of jobs compared to before the pandemic hit. On the other hand, the Leisure and Hospitality sector recovered only 50.8% of lost jobs by July 2021 though strong gains were posted these in the past six months. The Government sector has fewer jobs now than in April 2020. The Construction, Professional and Business Services and Manufacturing sectors have recovered most of the jobs between February and April 2020. 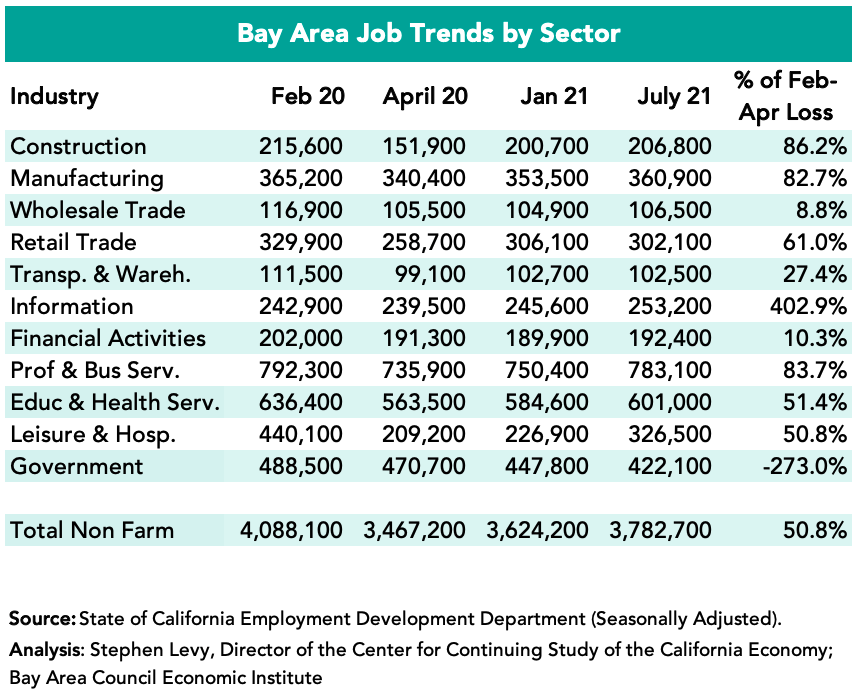 Restaurant job gains have fueled recent regional job growth and now tourist and sports activities are reopening, which should lead to further job recovery if enough workers can be found. 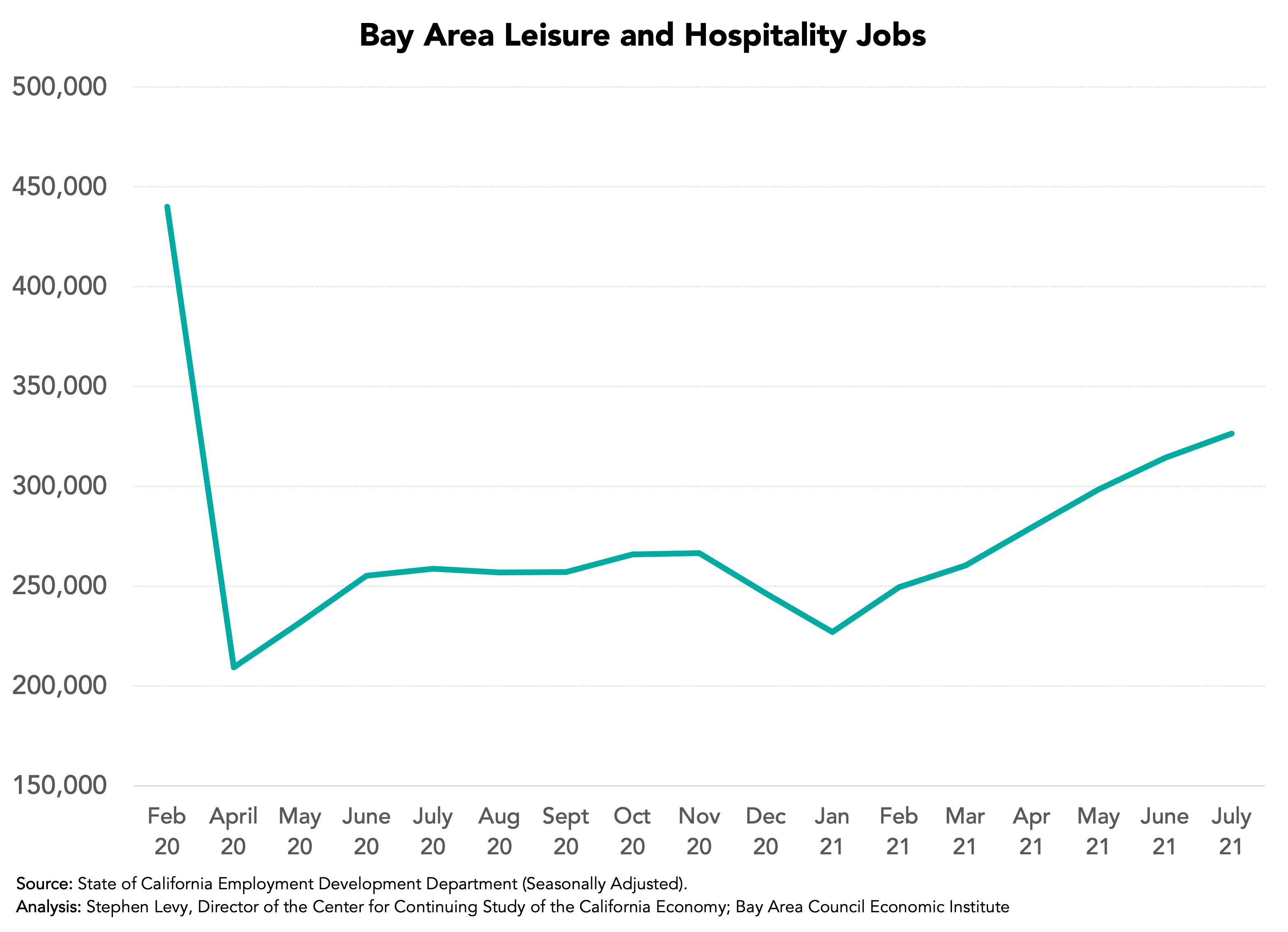 Airline Passenger Count Up, But Still Far Behind 2019 Levels

Housing permit levels are up over 2020 in the first six months of 2021 but still slightly trail 2019 comparable months. 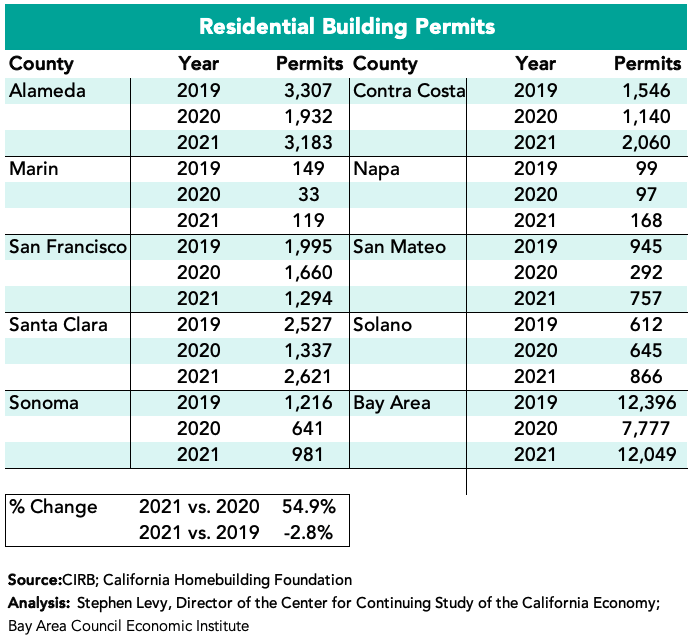