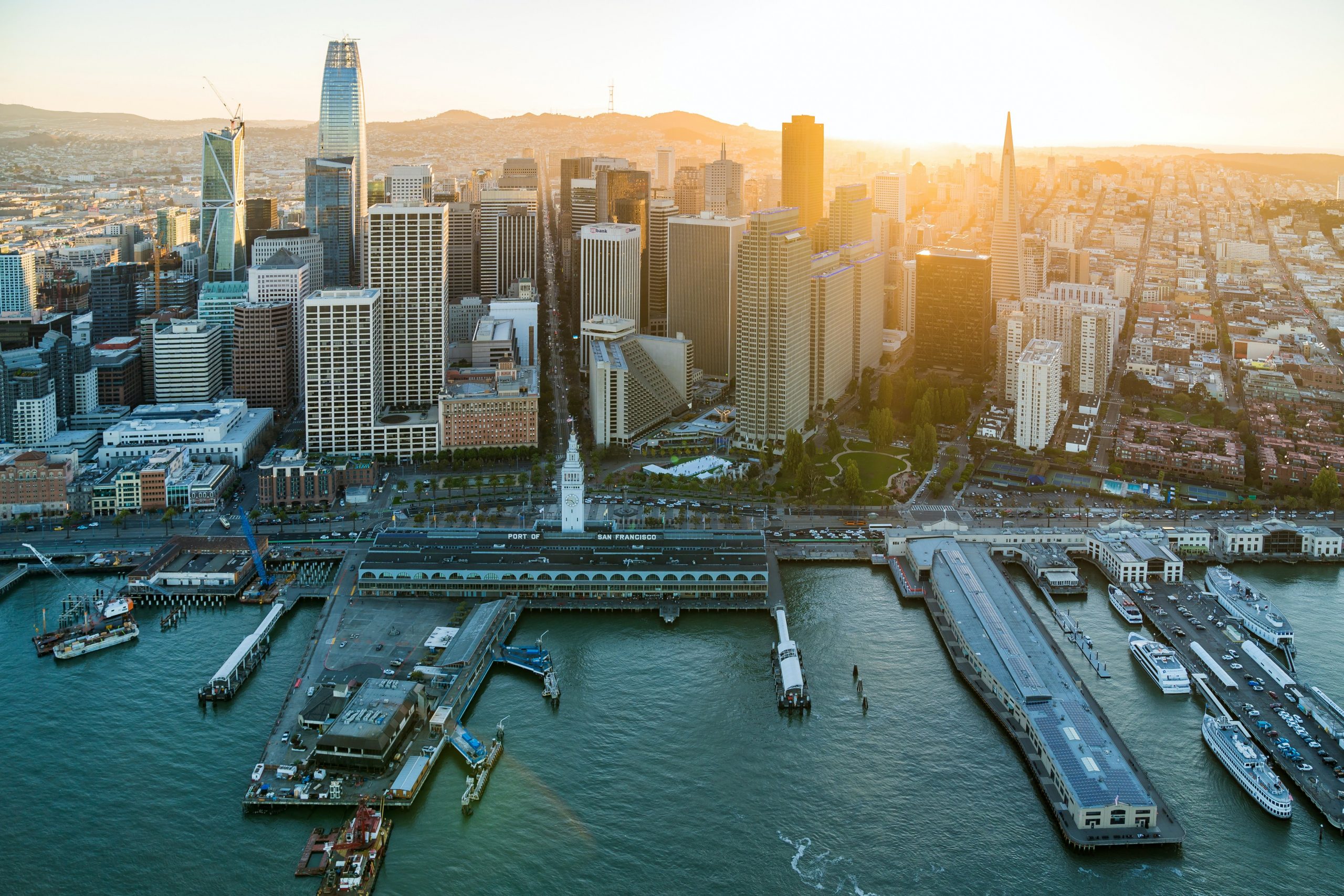 The Bay Area posted modest job gains in March and April. The outlook for stronger near-term economic gains is positive though long-term challenges remain. The U.S. economic outlook has improved with positive implications for our region. The Bay Area success in battling the pandemic with declining case and hospitalization levels and high rates of vaccination has led to many reopenings with more to come that will be reflected in the May, June and July jobs reports.

• The Bay Area added 50,100 jobs between January and March 2021 .and the regional unemployment rate fell from 6.6% to 5.9%. Job gains were led by the San Francisco and San Jose metro areas.

• The downward revisions in the Bay Area were comparable in % terms to those statewide. However, the Bay Area and state have now recovered a much smaller share of jobs lost compared to the nation. 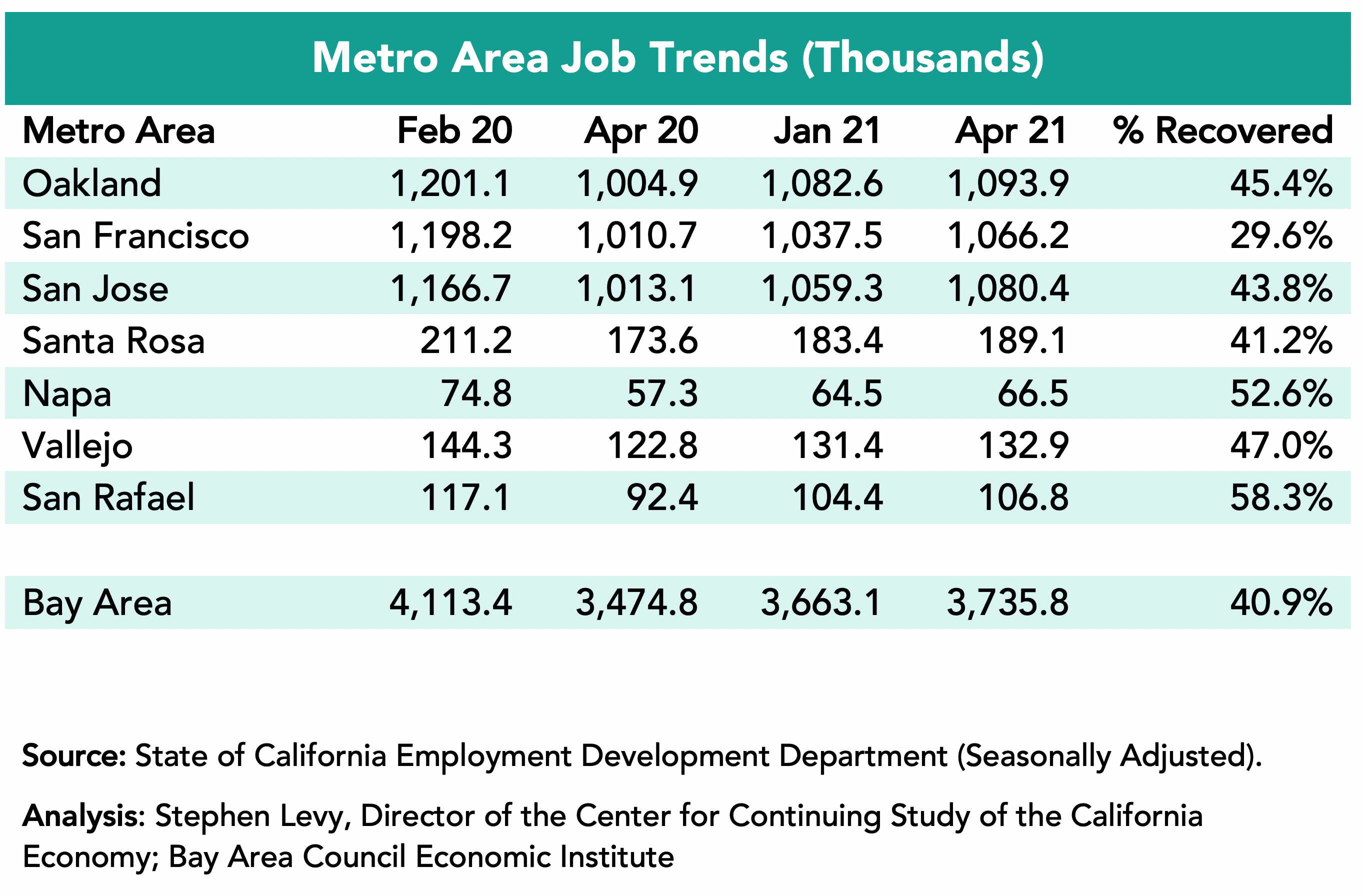 In April 2021 the Bay Area had recovered 40.9 of the jobs lost between February and April 2020 up from 29.4% in January. The state had recovered 48.0% up from 34.0% while the nation had recovered over half (63.2%) of lost jobs up from 55.4%. The cause of low job recovery in the region and state was the extent and duration of activity restrictions compared to elsewhere in the nation. In the past two months the Bay Area and California have begun to catch up and that should continue with the good vaccination news and continued reopenings. 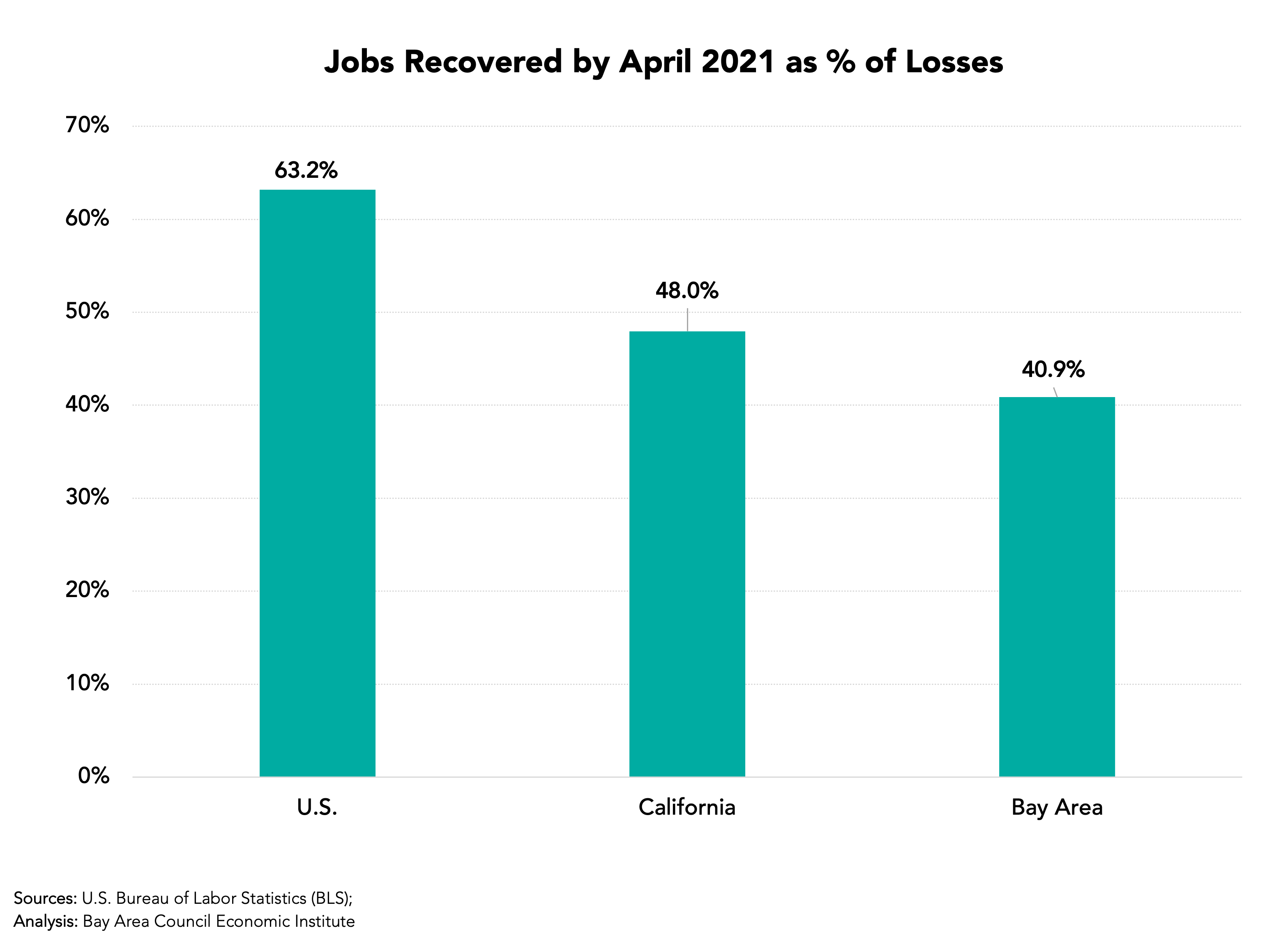 Unemployment Rates Fell to Below 6% in the Region

The lowest rates were in the San Rafael metro area (4.8%) followed by the San Francisco and San Jose metro areas in April 2021. 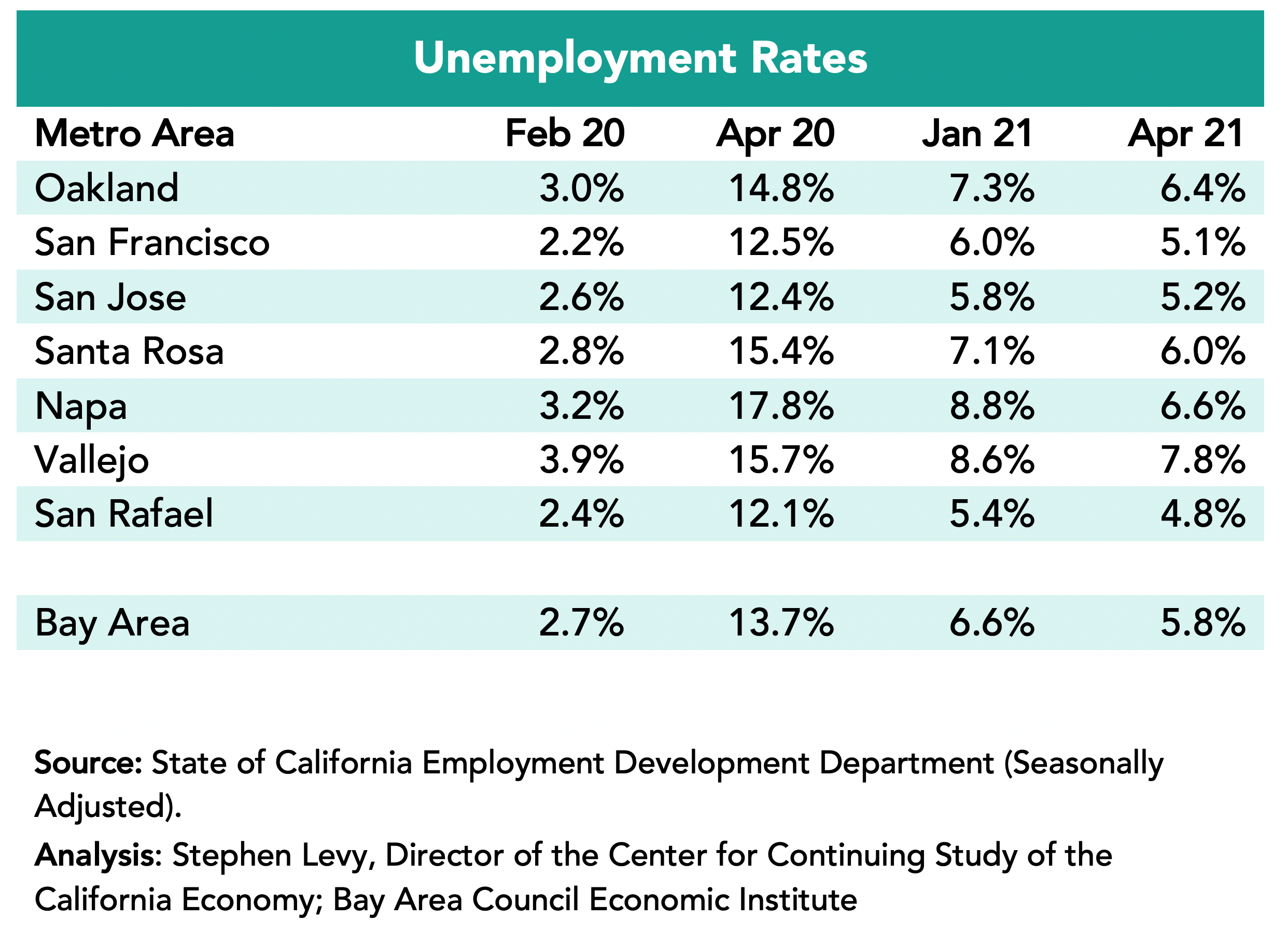 The Information sector actually added a small number of jobs compared to before the pandemic hit. On the other hand, the Leisure and Hospitality sector recovered only 30.6% of lost jobs by April 2021 and much of these in the past three months. The Government, Wholesale Trade and Financial Activities sectors have fewer jobs now than in April 2020. 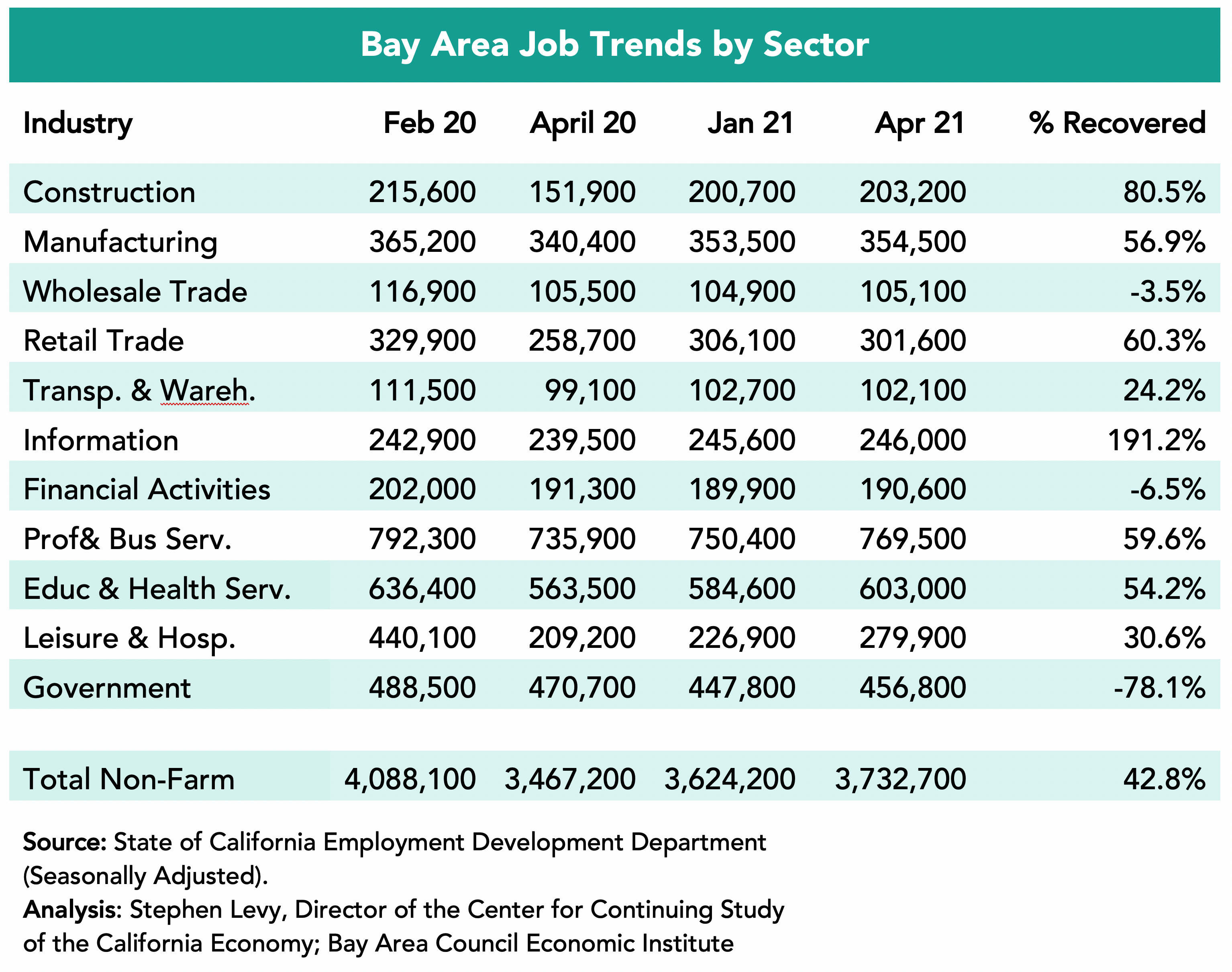 Airline Passenger Count Up, But Still Far Behind 2019 Levels> 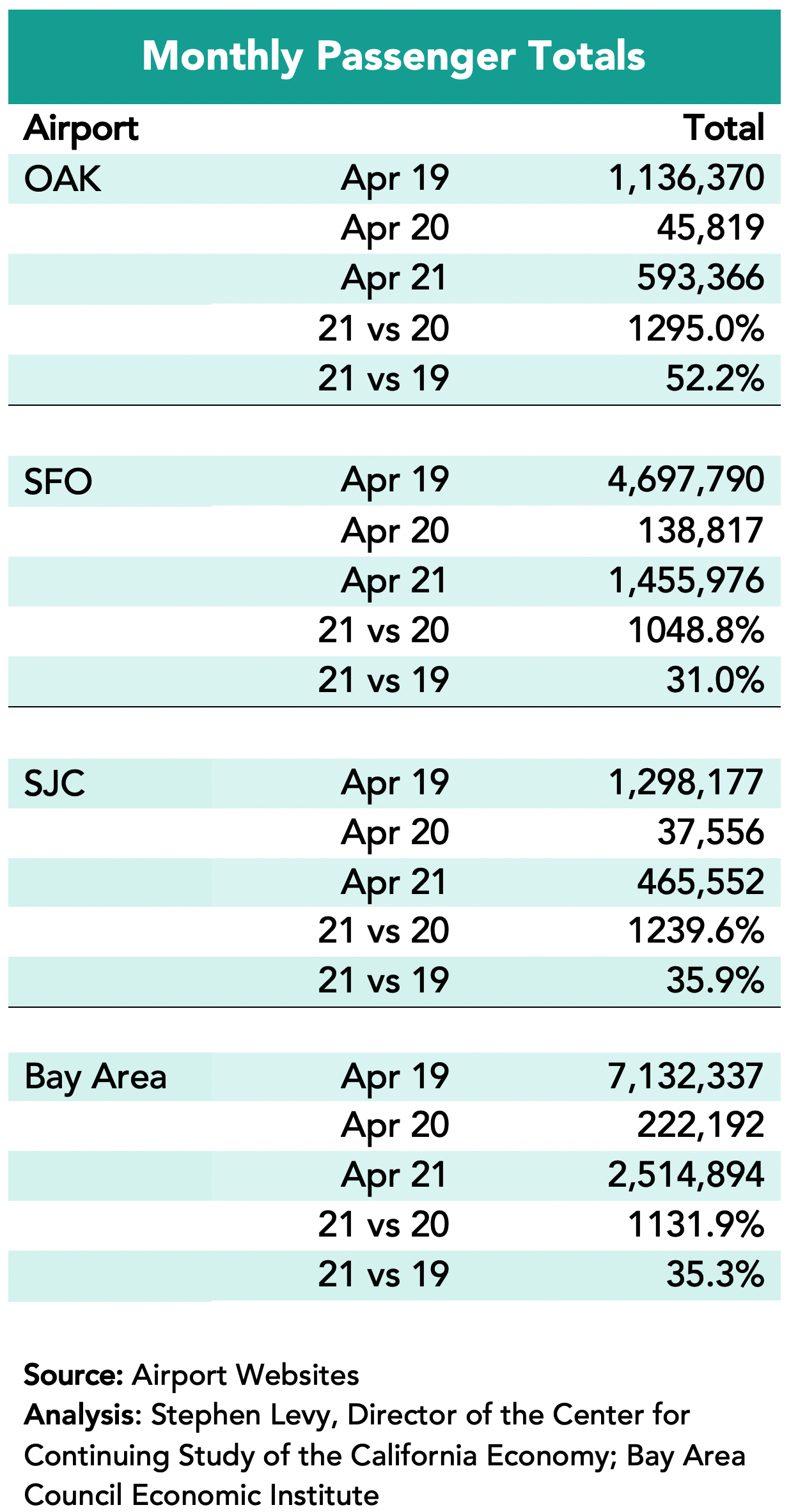 Housing permit levels are up over 2002 in the first four months of 2021 but still slightly trail 2019 comparables. 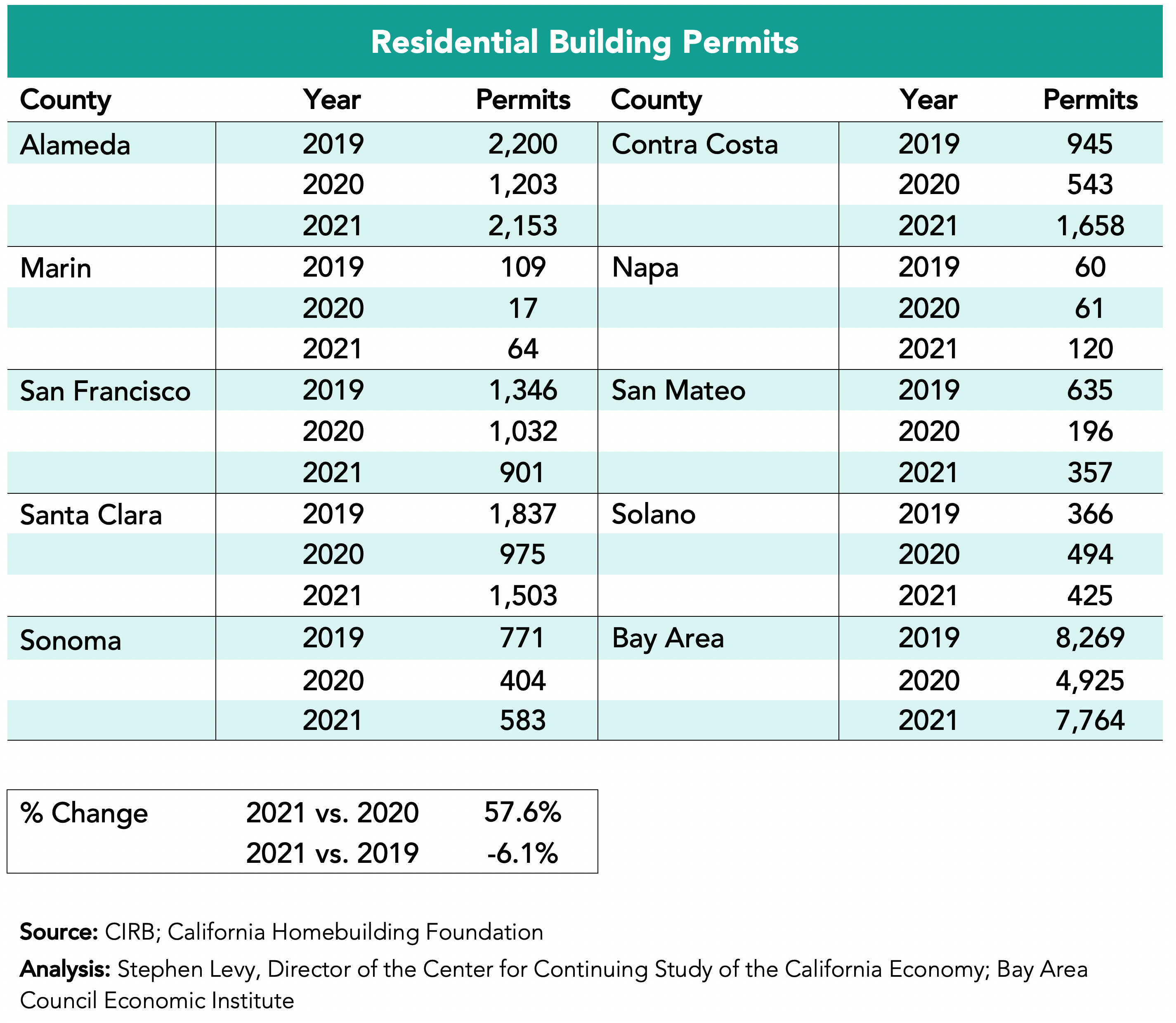 Bay Area counties rank high in fully vaccinated residents among the state’s 58 counties and the vaccination share has been rising by 3% or more in recent weeks.