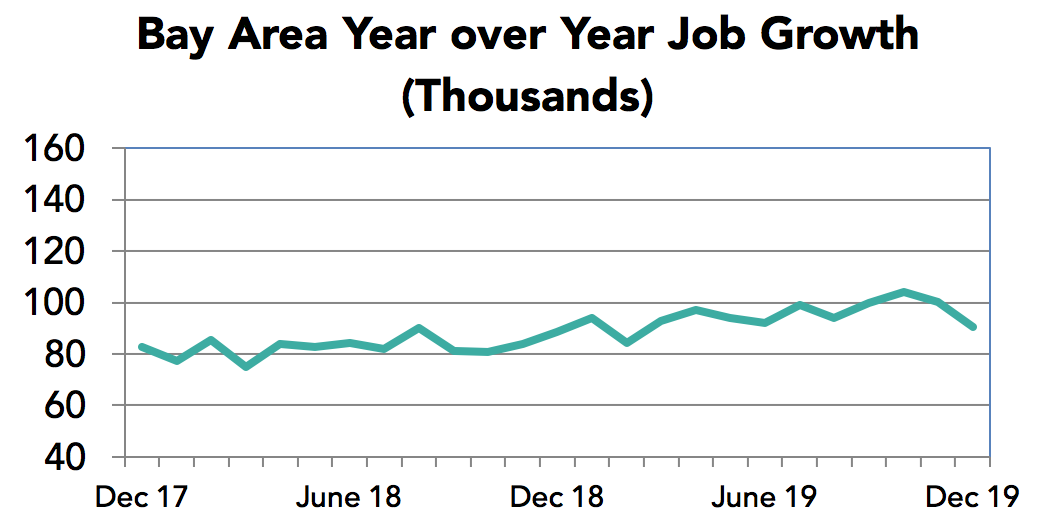 • The Bay Area added 2,900 jobs in December (seasonally adjusted), following a gain of 4,200 jobs in November and 91,500 in the past 12 months. Average monthly gains in the past six months were well below the average for the previous six months. Is this a warning sign?
• The job growth in for the past year was primarily accounted for by gains in the San Francisco and San Jose metro areas.
• The regional unemployment rate was 2.2% in November down from 2/3% in November and down from 2.5% a year ago.
• Population growth slowed in 2019. Is this another warning sign? A separate update next week will look at population estimates and projections.

Year over year job growth of 2.2% (down from 2.4% last month) far outpaced the 1.4% growth for the nation and 1.8% gain in the state. The state once again is outpacing the nation. 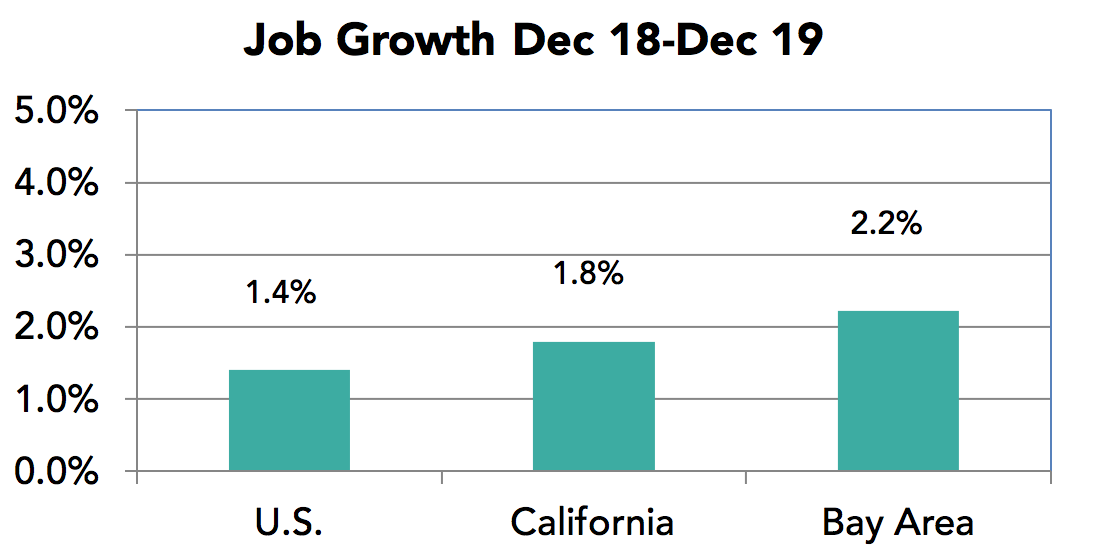 Job growth has slowed in recent months with most of the 2019 gains coming by June. Has slow population growth and a shortage of housing supply and affordability finally begun to affect job growth. There are strong indications that companies want to expand here despite some exodus but can we find the needed workers and develop policies to make this happen?. 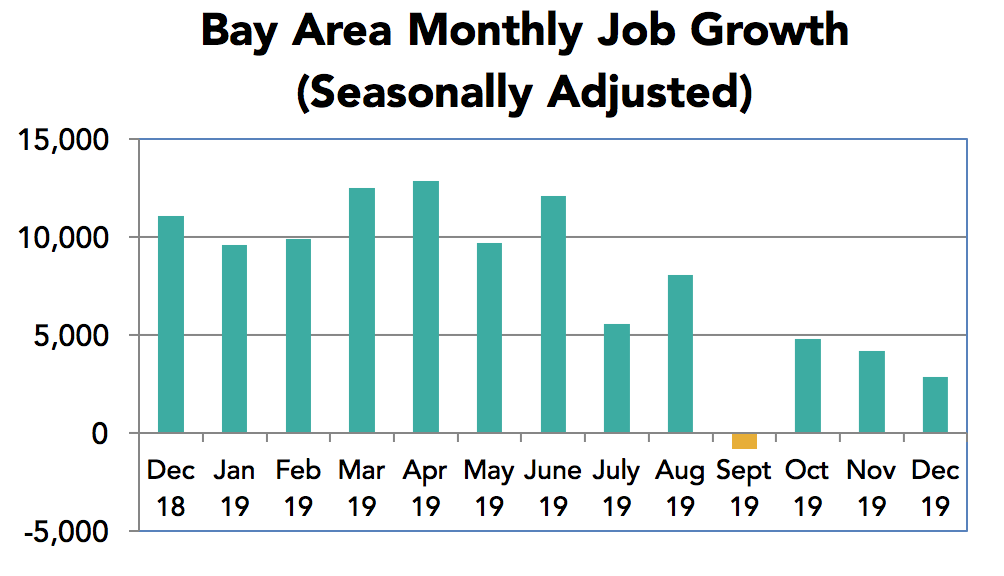 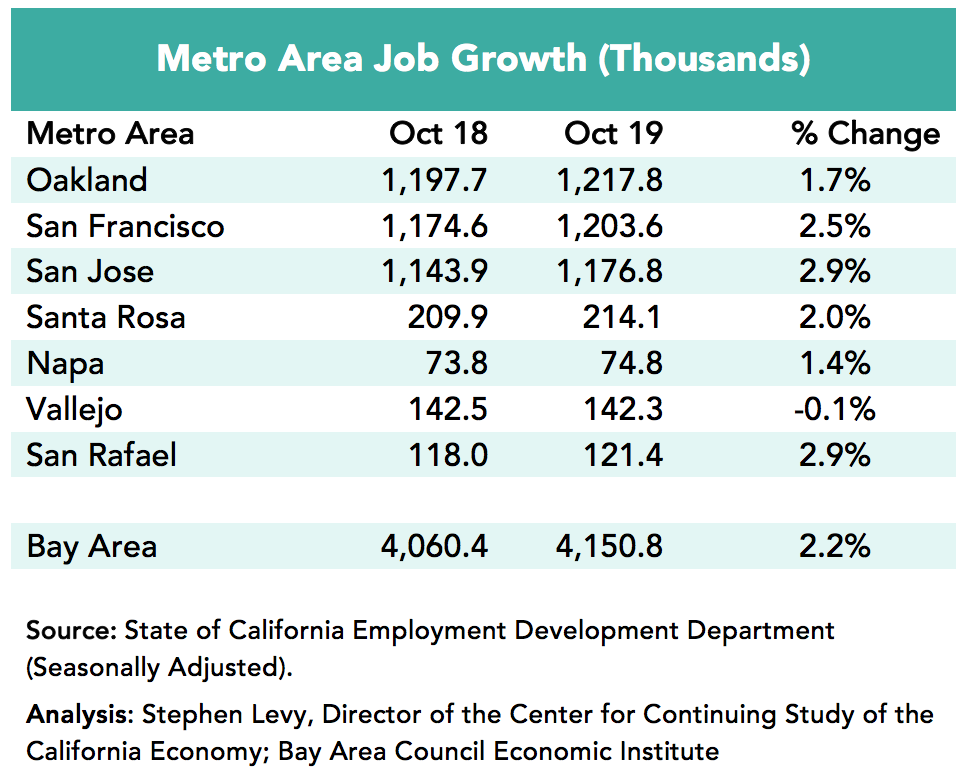 Unemployment rates (2.2% for the region) in December 2019 and at levels not seen in almost 20 years at the height of the dot.com boom. But they are unlikely to fall further raising the question of where new workers to support job growth and replace retiring workers will come from. 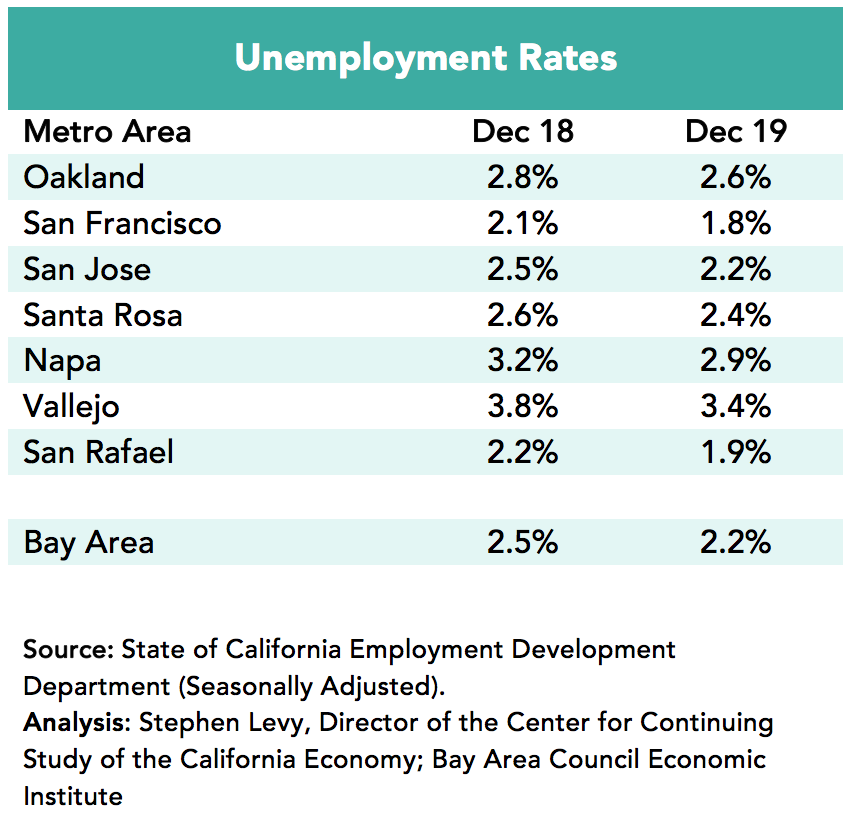 Regional labor force growth in December was up 0.5% (23,100) from the year earlier levels. This is positive growth but not nearly enough to sustain job growth even with increasing in commuting from adjacent counties.

Year over year job growth has remained in a narrow range since early in 2017. This occurred despite slowing population growth and rising outmigration in the face of high housing costs. In December 2019 year over year job gains declined by over 6,000 jobs from last month’s report.

Housing permit levels declined in the first eleven months of 2019 though the past two months showed year over year gains. The probable causes are increasing construction costs and a shortage of labor. In most cases fees are due when the permit is approved giving another reason to delay taking out the permit even though the project is already approved. On the other hand there has been a recent surge in new housing approvals and projects previously approved being completed. 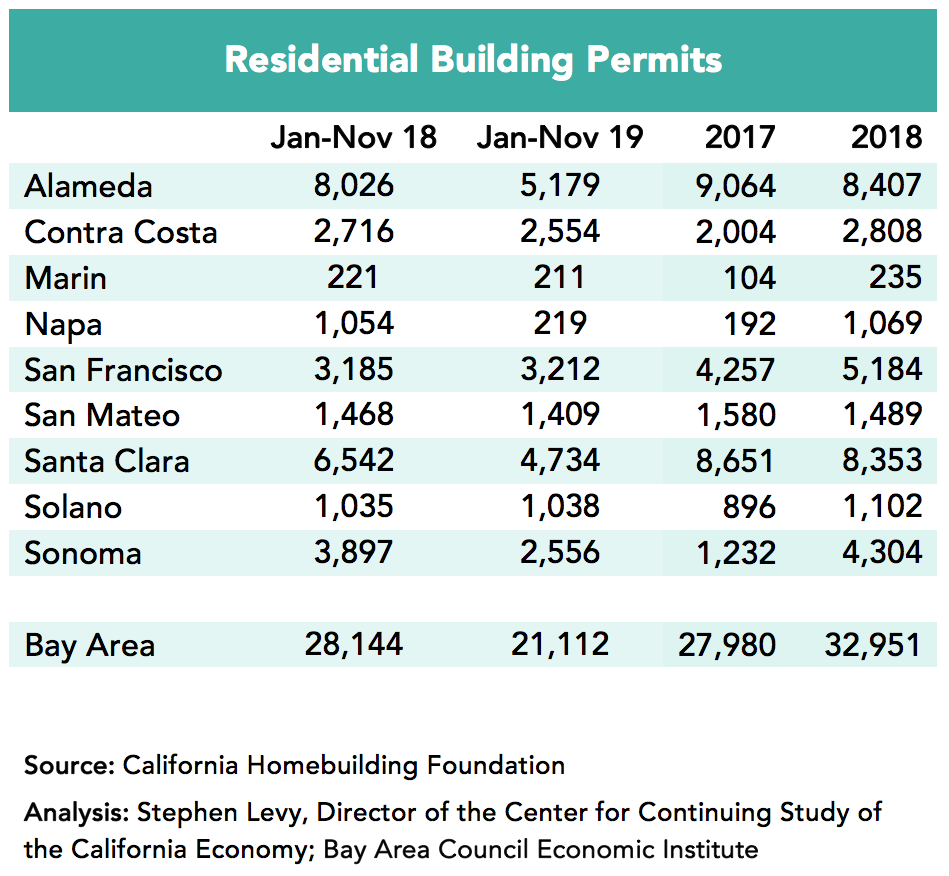 There is some evidence that the surge in resale home prices has peaked though that is a separate market from the rental market and even more separate from funding and approval for BMR units. Median resale prices rose in December after six months of declines. But that increase could be from a change in the mix. The Case Shiller price index, which matches comparable homes, has the Bay Area index down 0.4% for the year ending October 2019. 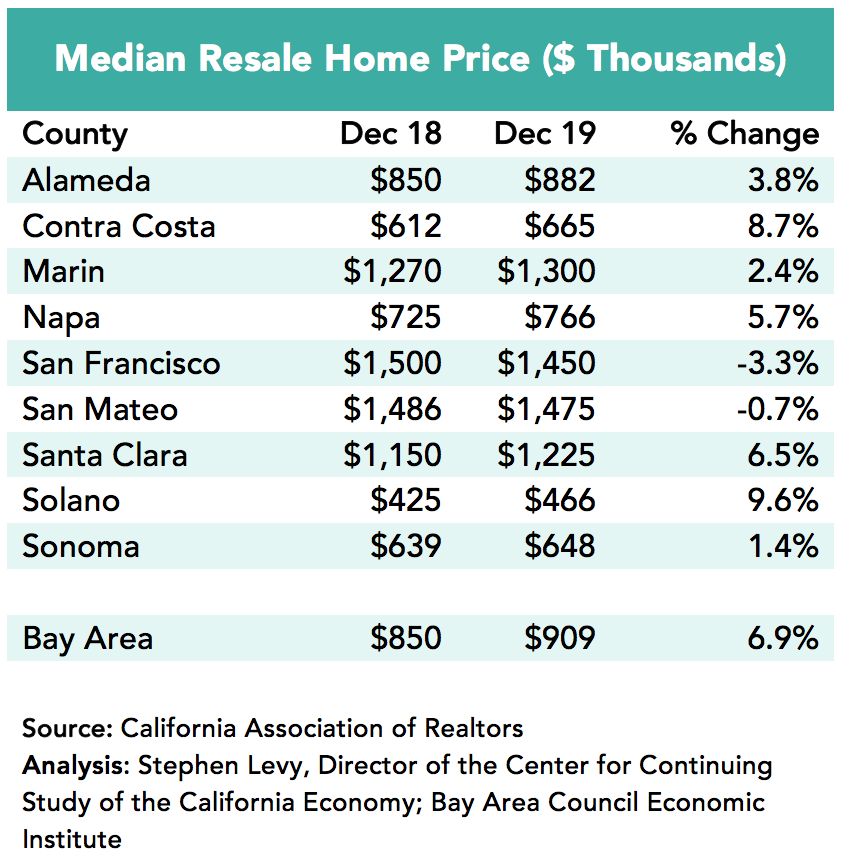 All of these recent trends underscore the importance of Bay Area Council initiatives on housing and improving mobility options to reduce long commutes, help residents and employers and contribute to the environment.