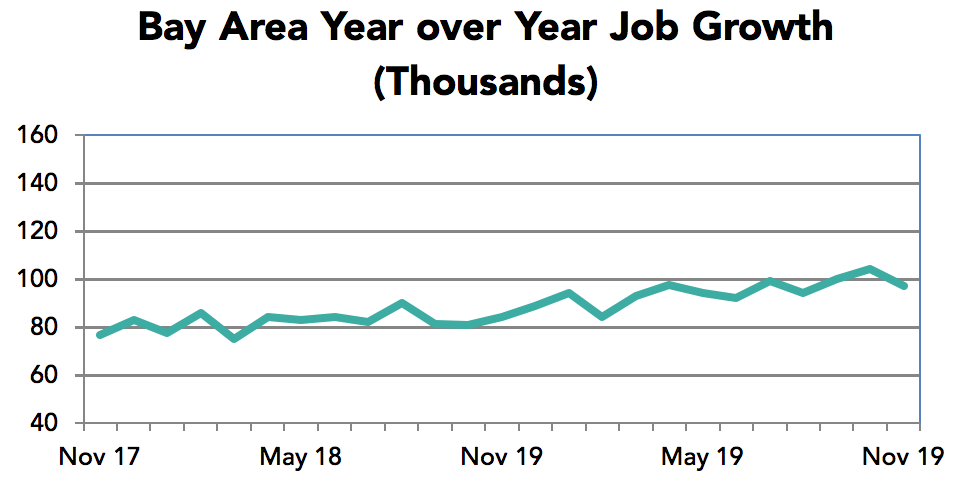 Job Growth Slows But Continues to Outpace the State and Nation

• The Bay Area added 3,900 jobs in November seasonally adjusted), following a gain of 4,900 jobs in October and 97,100 in the past 12 months. Average monthly gains in the past six months were well below the average for the previous six months.
• The job growth in for the past year was primarily accounted for by gains in the San Francisco and San Jose metro areas.
• The regional unemployment rate was 2.3% in November the same as October down from 2.5% a year ago.
• There was strong growth in real GDP throughout the region in 2018.

Year over year job growth of 2.4% (down from 2.6% last month) far outpaced the 1.5% growth for the nation and 1.8% gain in the state. The state once again is outpacing the nation. 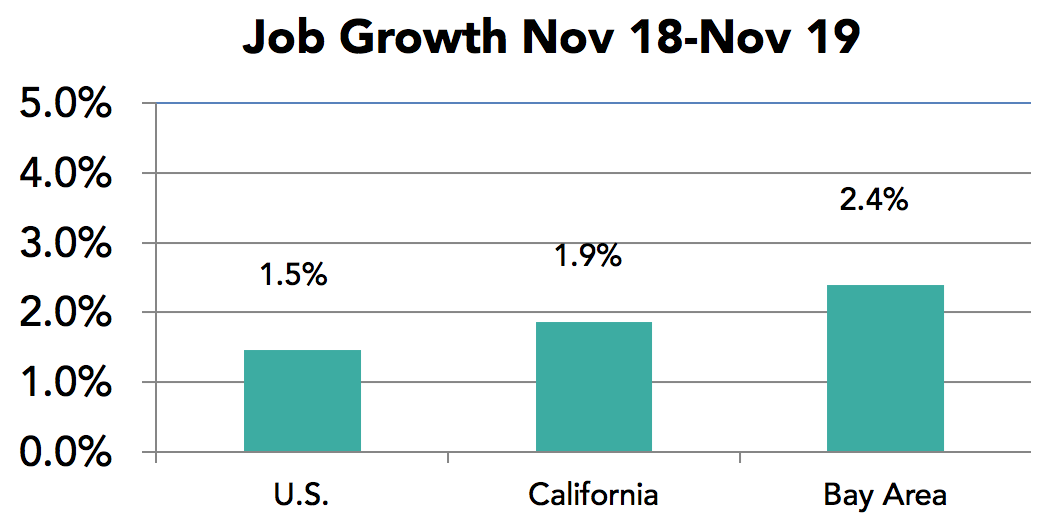 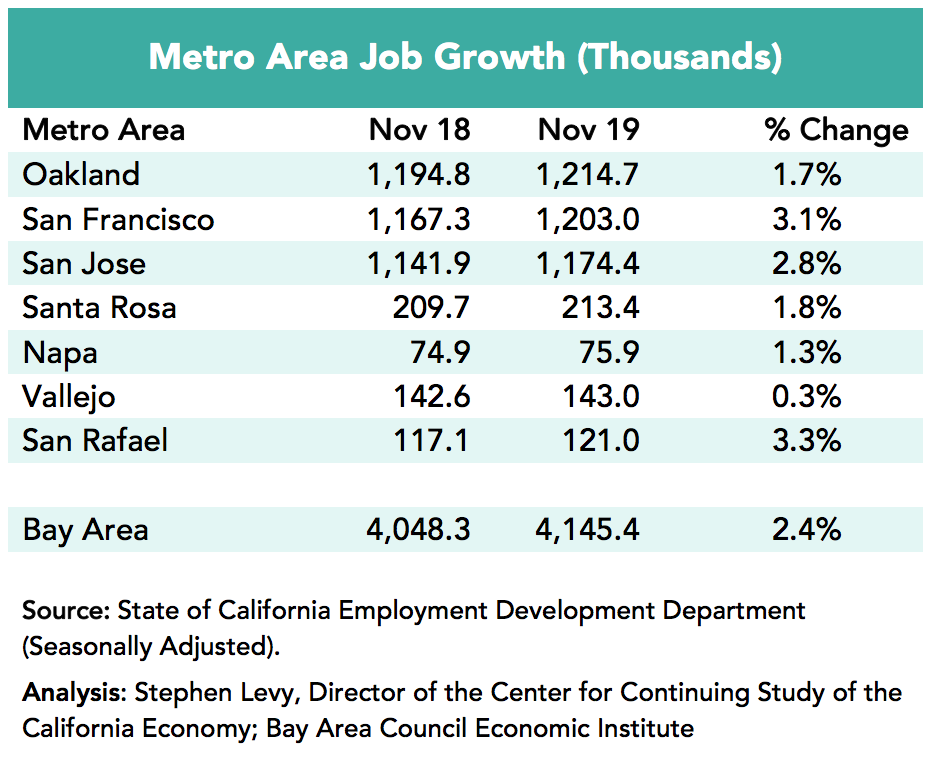 Unemployment rates (2.3% for the region) in November 2019 and at levels not seen in almost 20 years at the height of the dot.com boom. But they were the same as in October suggesting that rates may not be likely to decline further. 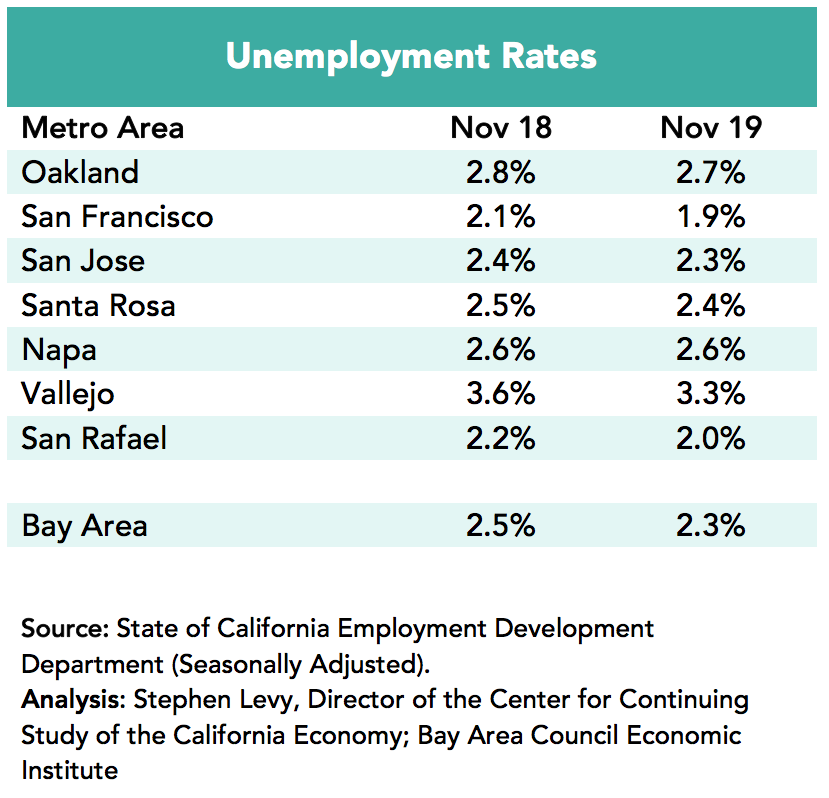 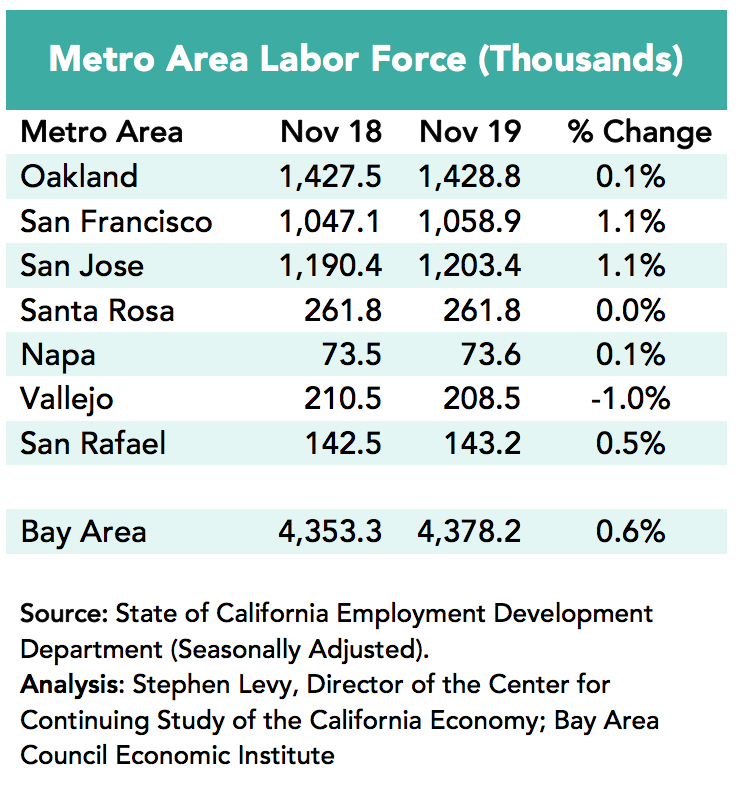 Year over year job growth has remained in a narrow range since early in 2017. This occurred despite slowing population growth and rising outmigration in the face of high housing costs. In November 2019 year over year job gains declined a bit from last month’s report.

Monthly job gains have fluctuated in recent months with smaller gains in the past three months. Is this the beginning of a slowdown tied to slowing U.S. and world growth and labor shortages? Future months will clarify if this is the beginning of a trend. Job growth over the full past 12 months remains strong. 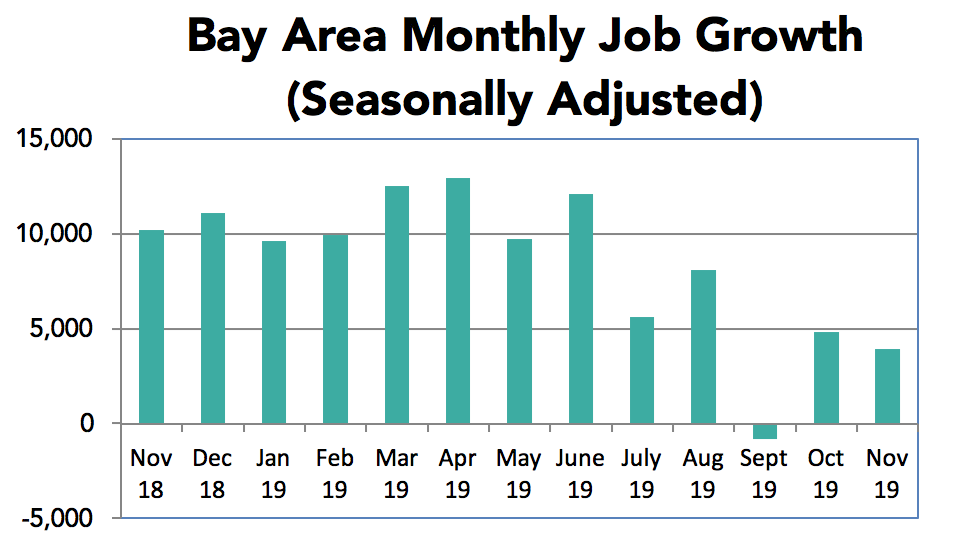 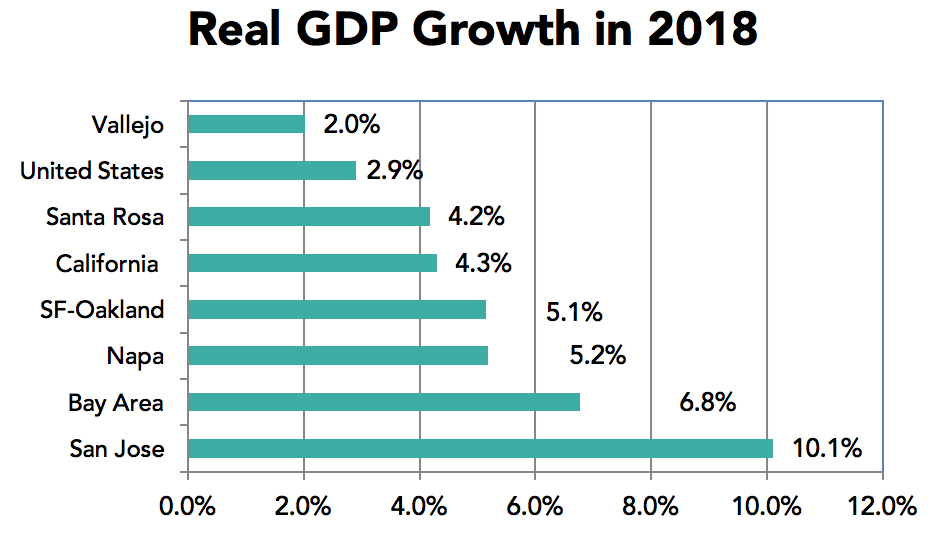 Housing permit levels declined in the first ten months of 2019 though the past two months showed year over year gains. The probable causes are increasing construction costs and a shortage of labor. In most cases fees are due when the permit is approved giving another reason to delay taking out the permit even though the project is already approved. On the other hand there has been a recent surge in new housing approvals and projects previously approved being completed. 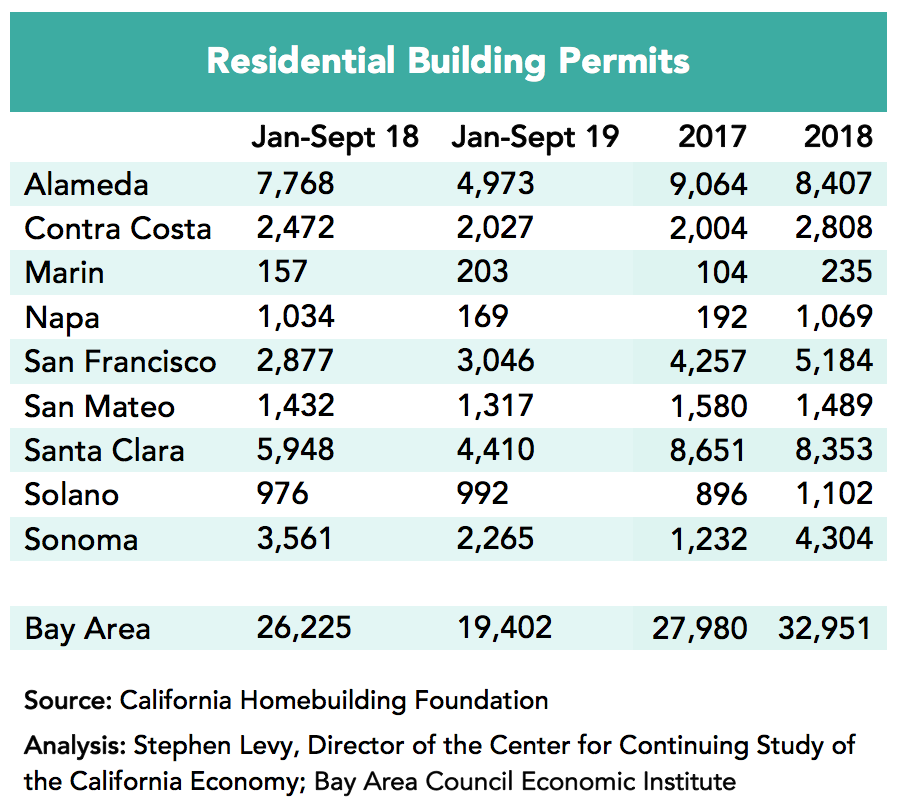 There is some evidence that the surge in resale home prices has peaked though that is a separate market from the rental market and even more separate from funding and approval for BMR units. Median resale prices rose a bit in November after six months of declines. The Case Shiller price index, which matches comparable homes, has the Bay Area index down 0.7% for the year ending September 2019. 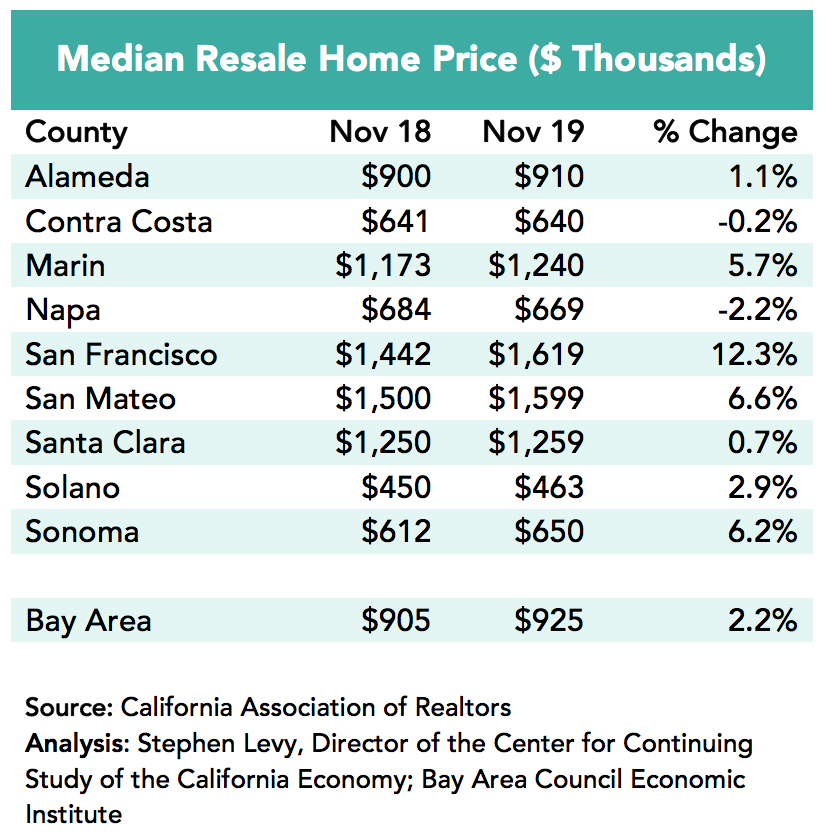