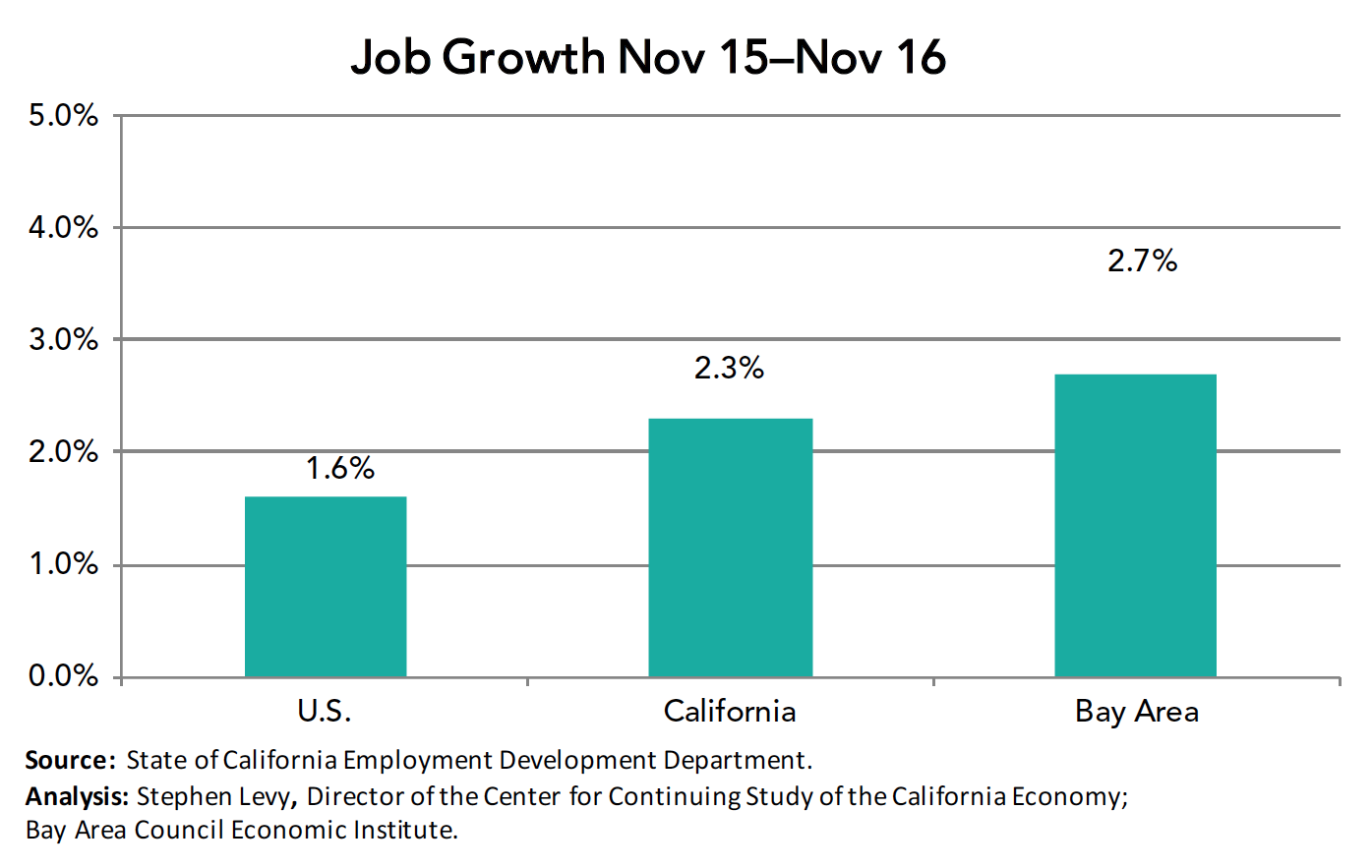 The region added 100,300 jobs between November 2015 and 2016 for a gain of 2.7% compared to 1.6% for the nation and 2.3% for California. The pace of job growth is likely to slow in 2017 and beyond as more baby boomers retire but companies throughout the region continue to make plans for expansion as shown by the recent approval of the Facebook expansion in Menlo Park.

Year over year job growth remains above the national average in all but one metro area in the region. 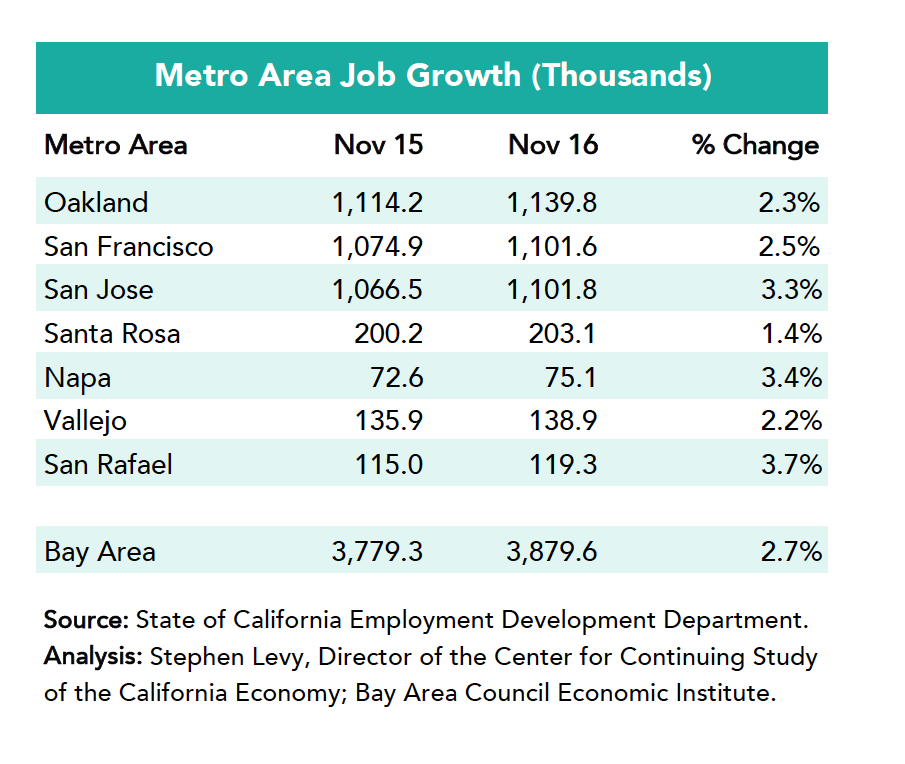 The job gains continue to push unemployment rates lower even as while the labor force continues to add workers although the region is now at or close to full employment. 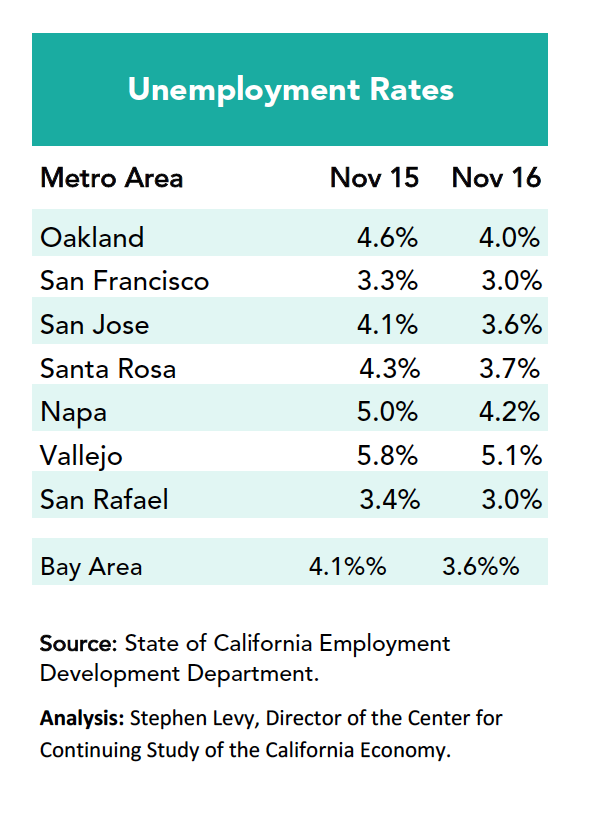 While year over year job gains have declined from mid 2015 peaks, they remain in very healthy territory with no signs of a significant loss of competitive advantage. Job growth rates in 2016 are likely to be the peak going forward as baby boomer retirements are slowing labor force growth. 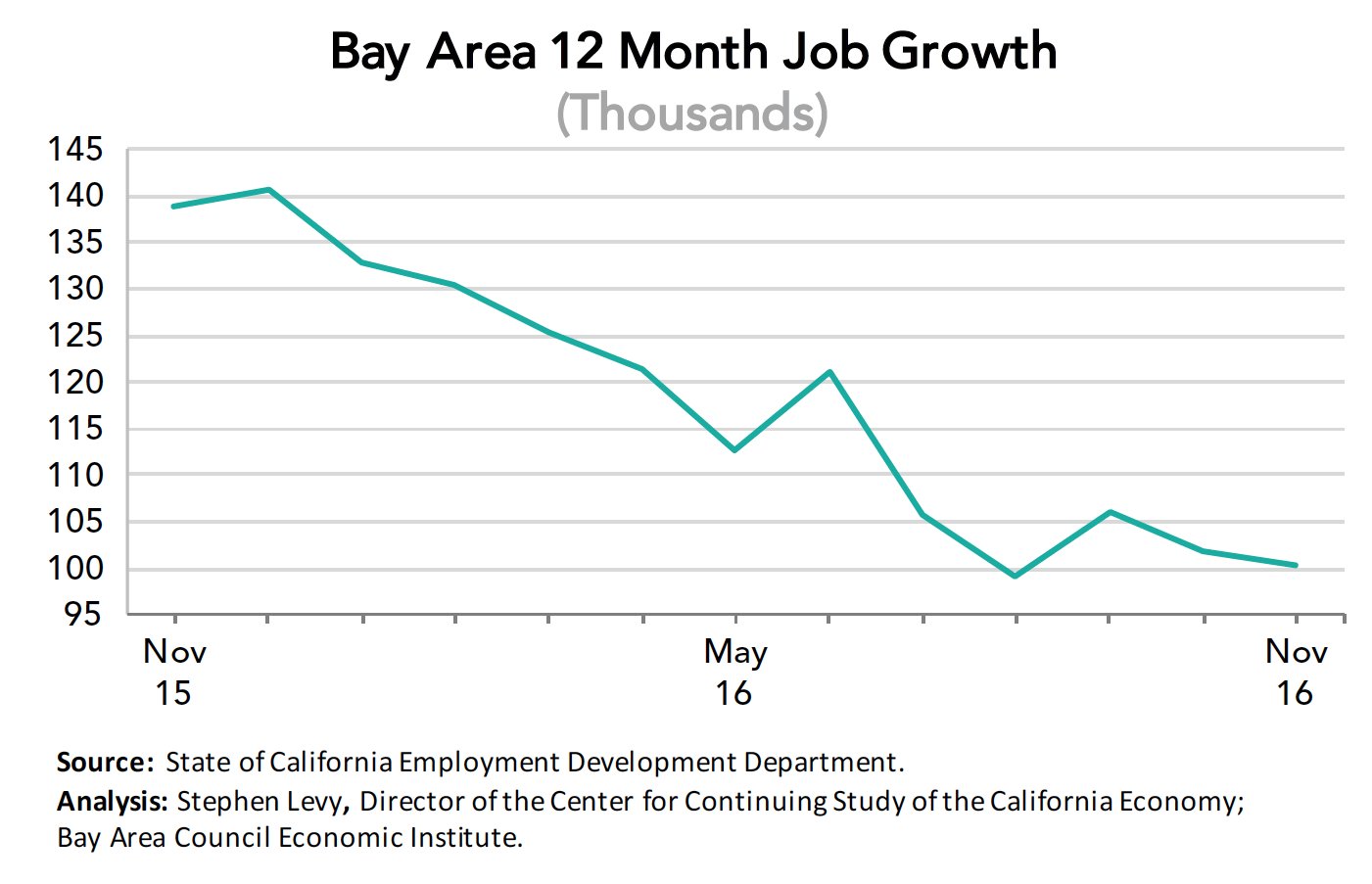 The continuing job growth now that unemployment rates have fallen will bring new residents to the region as will the growing need to replace retiring workers.

All of these trends underscore the importance of policies to increase housing and make sure that housing and transportation challenges do not undermine the region’s still vibrant economic competitiveness. Bay Area residents approved many funding measures for transportation and several local measures give hope that the housing supply and affordability challenges are being increasingly recognized by residents. The Bay Area Council has identified policies that can reduce costs and other barriers to expanding housing choices. Read the report here.

The national election results have implications for the state and regional economy that will be explored by the Bay Area Council Economic Institute in future months. Click here to read the analysis.

The Bay Area added 67,400 residents in the year ending June 30, 2016. This is slightly less than in the previous three years. The fastest growth rates since 2010 were in Alameda (8.1%), Santa Clara (7.8%), San Francisco (7.7%) and Contra Costa (7.5%). For the first time since the Gold Rush days the Bay Area is the fastest growing region in California and also outpaced the nation in population growth. More details will come in the next update. 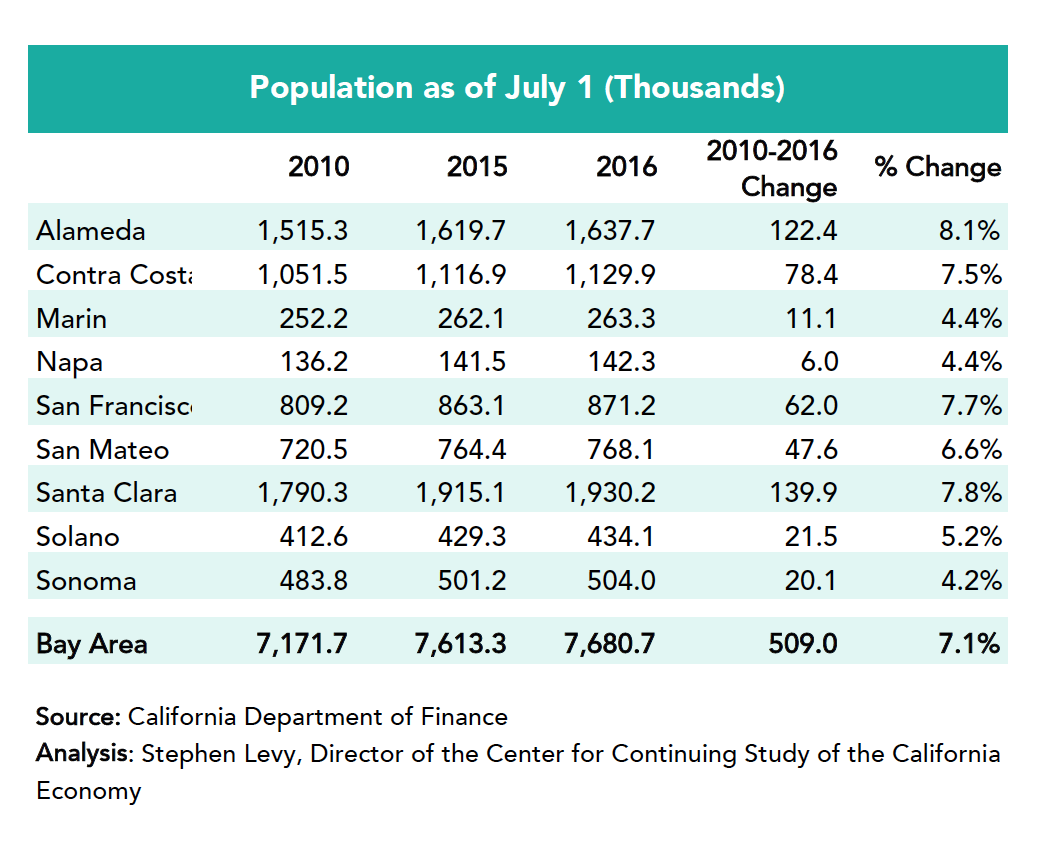 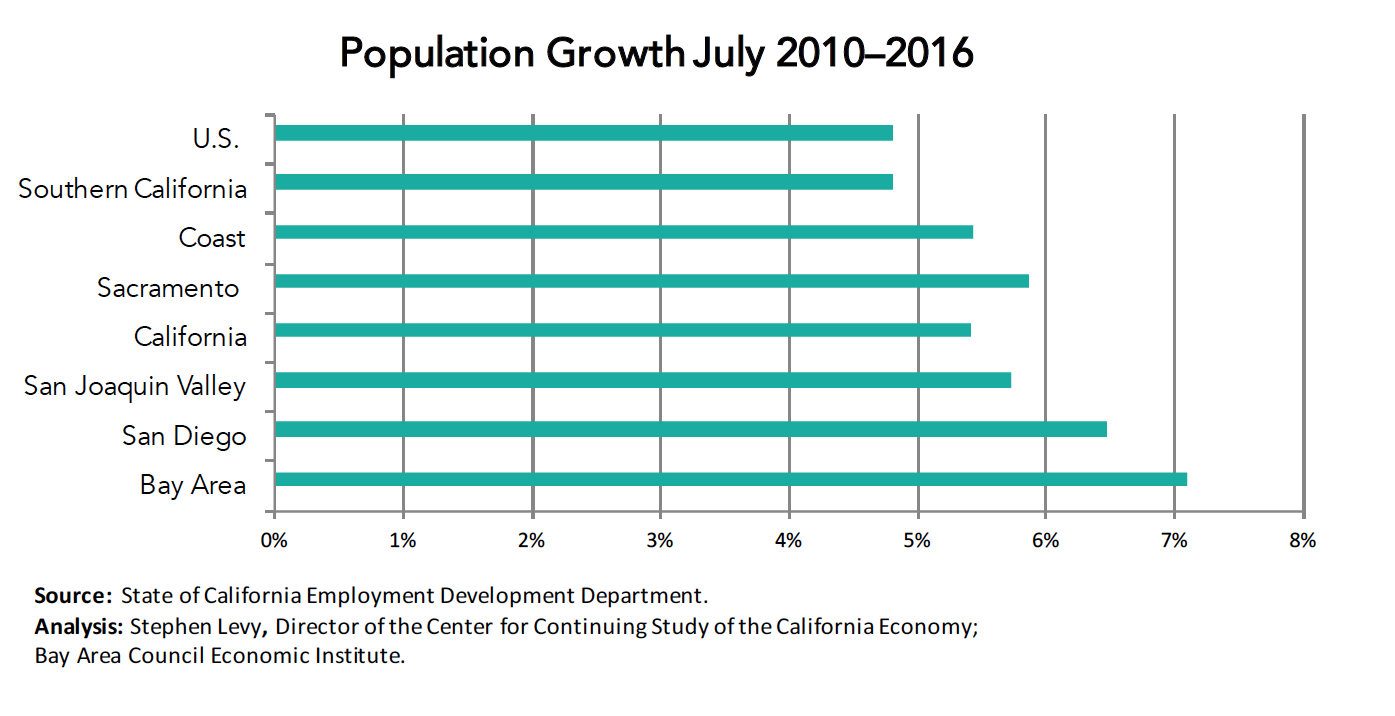